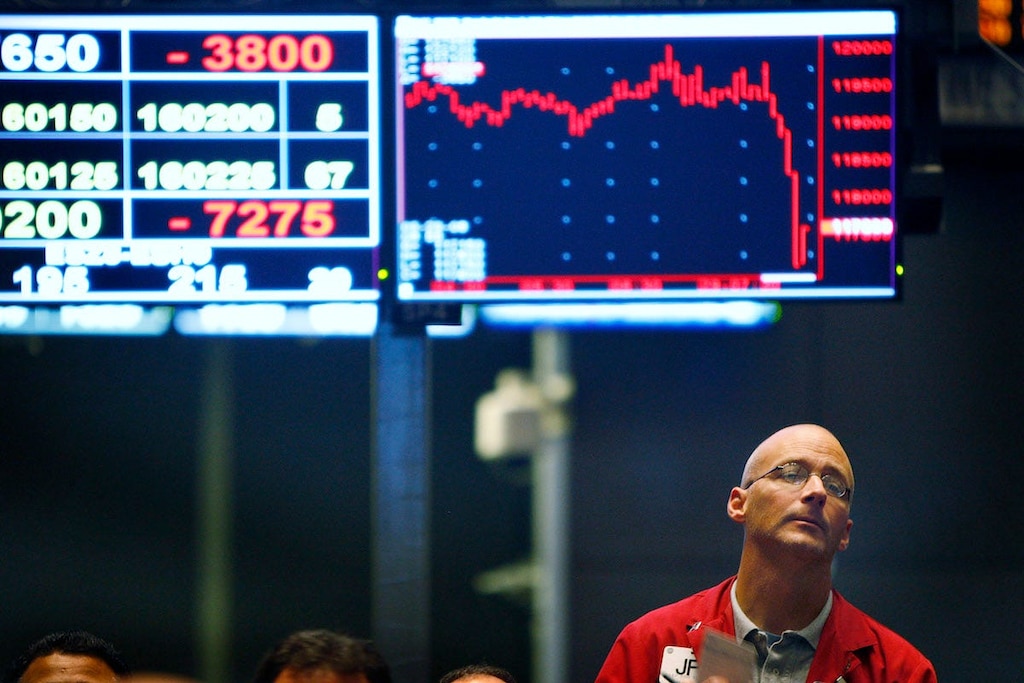 US millennials are more worried about a stock-market decline than older Americans, according to a new study which surveyed 1,000 Americans across the country. The report is authored by Mark Hamrick, senior economic analyst of personal finance at the advisory firm Bankrate.com.

While both groups cited a market decline as a key risk to the economy, millennials viewed the concern as the second-biggest risk to the US economy over the next six months. Older Americans weren’t as worried, ranking a stock-market sell-off as their fourth biggest concern — behind politics, terrorism, and developments overseas.

Both groups cited the “political environment in Washington” politics as the No. 1 threat to the economy, with over 40% of both cohorts naming it their top concern. Surprisingly, 49% of Republicans felt Washington was the biggest risk, despite the Trump presidency, with 45% of Democrats similarly concerned.

“One can imagine these concerns reflect their lack of confidence in officials’ ability or willingness to resolve problems,” said Hamrick, who also noted that concern about Washington politics had increased among all cohorts surveyed over the past few years.

Fifteen percent of Millennials responded that stock markets presented the top risk to the economy while only 11% of Americans overall feared that was the case. The disparity may be driven by the fact that older Americans likely have more discretionary savings to invest in a market decline whereas millennials may fear such an environment could dampen their job prospects.

Many millennials joined the workforce during the the global financial crisis and could be particularly sensitive about market volatility spilling over to the real economy. In addition, the fragile economic recovery through most of the decade may leave younger workers less secure in their jobs. “We’ve seen for some time that millennials have been more cautious,” Hamrick told Business Insider.

Despite the risks to the overall economy, Americans do not appear to be changing their spending habits, the study found. Just 25% of those who identified a threat to the economy are spending less, according to the study.

“With the economic expansion set to become a decade-old this summer, more Americans should be focused on paying down debt and saving more both for retirement and for emergencies,” Hamrick said.

While Hamrick cited a declining market as an opportunity for millennials to invest at lower valuations, he also noted that student-loan burdens may also be playing a role. An additional Bankrate.com study published in February found that millennials continue to be stretched by student loan payments, which now exceeds $1.5 trillion in the US and has surpassed both auto-loan and credit-card debt.

According to the study, over 30% of percent of Americans say they currently have or have had student loan debt stemming from their own education. Of these respondents, 23% report delaying homeownership (23 percent) while nearly 10% have even cited student loan burdens have been a factor in their decision to marry or have children.

“There’s a huge toll being taken on individuals and the U.S. economy from the growing burden of student loan debt,” Hamrick concluded.