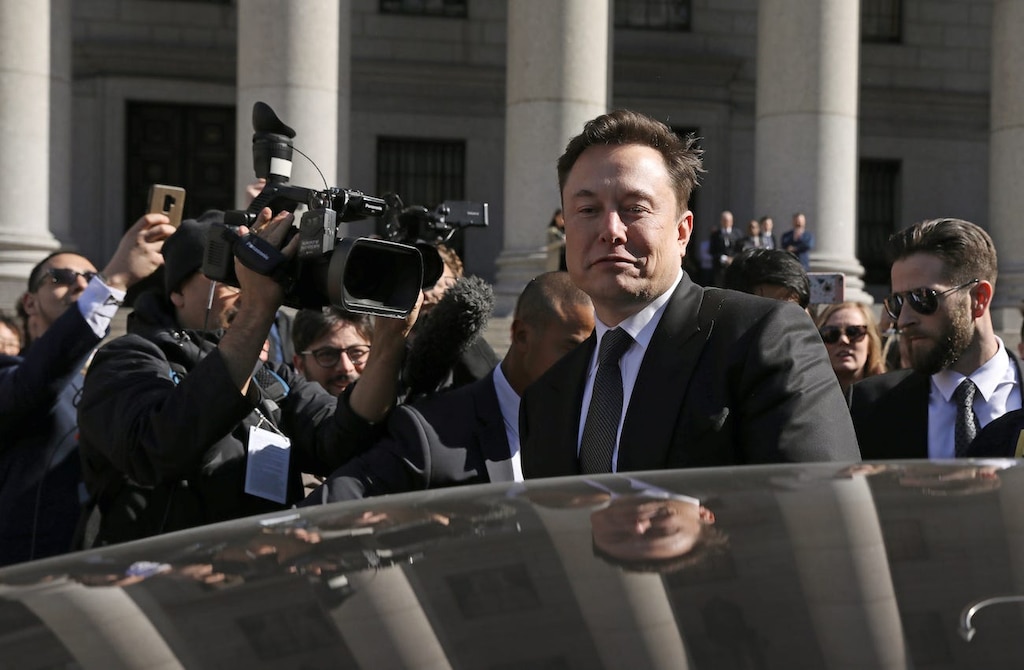 Tesla shares slid nearly 2% early Monday as investors grappled with a negative report from a Wall Street firm and a significant board of directors shakeup just days ahead the electric-car maker’s highly anticipated first-quarter earnings report.

“We remain encouraged by Tesla’s vision and future growth prospects (brand value, global Model 3 and Y TAM, Semi, etc.), but there is increased uncertainty around near-term demand vs previous bullish forecasts and growth cannot stall for a growth company,” Evercore ISI analysts led by Arndt Ellinghorst wrote in a note to clients out Monday.

The firm, which joined other Wall Street peers in voicing concern over demand for Tesla’s vehicles, slashed its price target from $330 to $240 a share and downgraded its rating from “in-line” to “underperform.”

Investors ought to “step aside and see how maturing S/X and Model 3 SR+ / global demand plays out before re-evaluating,” the analysts added.

Tesla said in a filing out Friday, when the US stock market was closed, that four members of its board of directors would leave their posts after their respective terms end. The update comes as CEO Elon Musk and the Securities and Exchange Commission were given until this Thursday to reach a new agreement on monitoring the chief executive’s tweets.

Read more: Tesla is shuffling its board of directors amid ongoing negotiations with the Securities and Exchange Commission

Monday is also what Tesla has dubbed “autonomy day,” an investor day focused on its autonomous-driving software and hardware. The event was initially supposed to be held last Friday, but was rescheduled.

Separately, Tesla said in a statement on Monday that it has sent a team to investigate a video that appeared on Chinese social media which showed a parked Model S exploding. According to a Reuters estimate, there have been at least 14 instances of Tesla cars catching fire since 2013, with the majority taking place post-crash.

“We immediately sent a team onsite and we’re supporting local authorities to establish the facts,” Tesla said. “From what we know now, no one was harmed,”

The flurry of developments comes ahead of Tesla’s first-quarter earnings report, which is scheduled for Wednesday. Musk said earlier this year, in a reversal from his prior expectation, that Tesla would likely not turn a profit in the quarter.

The electric-car maker is expected to post an adjusted loss of $0.90 a share on revenue of $5.27 billion, according to analysts surveyed by Bloomberg.

Tesla shares were down 17.5% this year through Thursday.

Golf was making a comeback even before Tiger Woods won the Masters. Here’s one way investors can capitalize. 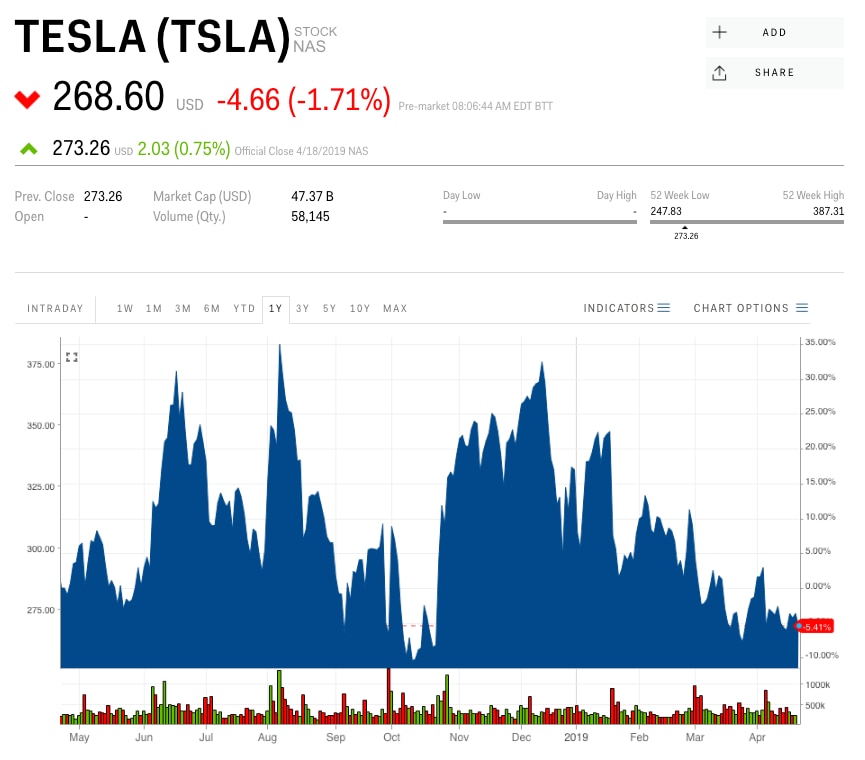