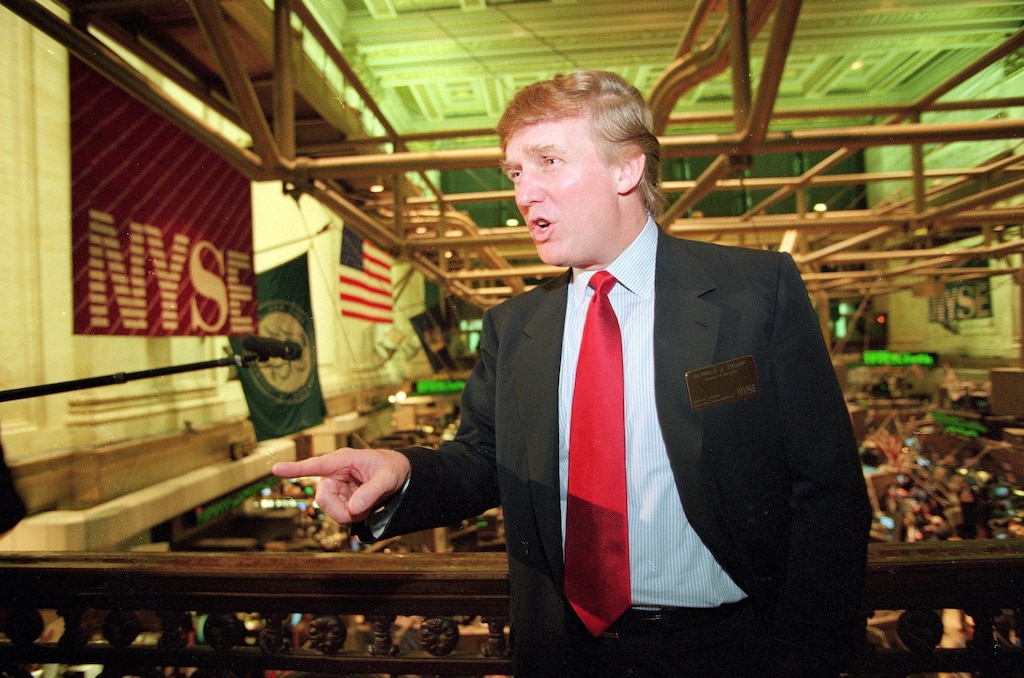 On December 25, with the stock market down 15% for the month and having just posted its worst Christmas Eve performance in its history and lowest close since April 2017, Trump boldly declared it was time to buy.

The next day, the major averages soared 5%, with the Dow Jones Industrial Average posting a gain of more than 1,000 points — the biggest single-day point gain in its history. From there it was off to the races, with the Dow, the S&P 500, and the Nasdaq all gaining more than 20%.

Of course, making bold stock-market calls runs in the family.

In February of last year, Eric Trump, the younger of the president’s adult sons, went out on a limb and said to buy stocks after the market had fallen 10% from its recent highs amid fears of Federal Reserve interest-rate hikes.

Sure enough, the S&P 500 rallied more than 13%, putting in a record high in late September.

But while they’ve turned out well, the Trumps’ calls have so far paled in comparison to one made by President Barack Obama.

On March 3, 2009, during the darkest days of the financial crisis, Obama made what could be the greatest stock-market call in history, telling reporters, “What you’re now seeing is profit-and-earnings ratios are starting to get to the point where buying stocks is a potentially good deal if you’ve got a long-term perspective on it.”

Three days later, the S&P 500 put in what may be a generational low of 666.79. The index has since rallied more than 340% amid the longest bull market in history.