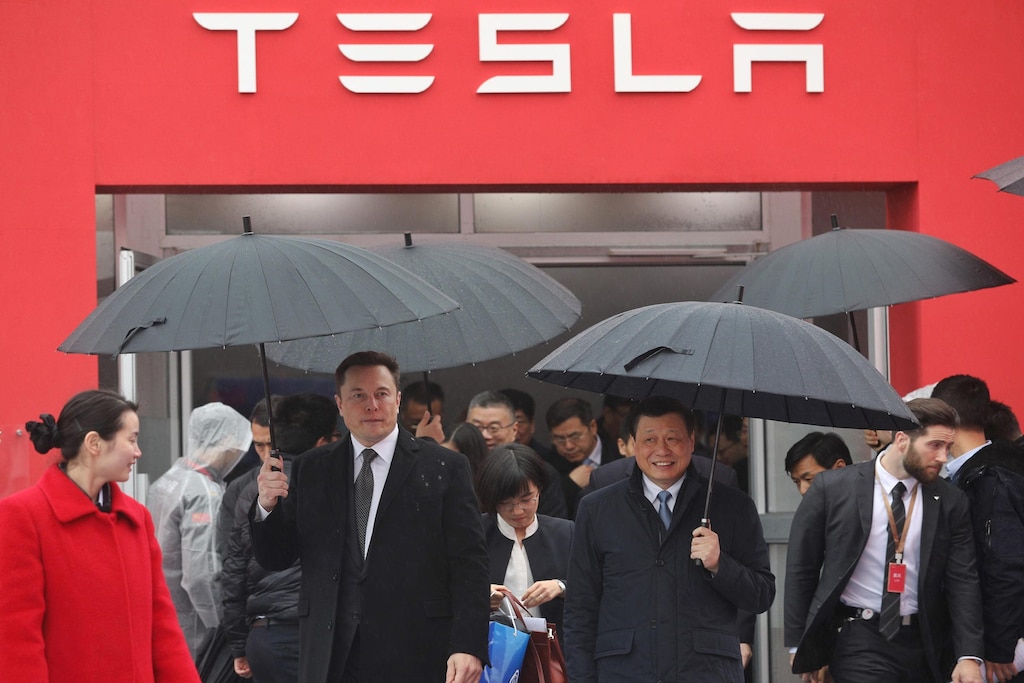 Tesla shares rose 2% during a volatile after-hours session on Wednesday after the electric-car maker reported a wider-than-expected loss and a 37% quarter-over-quarter drop in revenue.

“If our Gigafactory Shanghai is able to reach volume production early in Q4 this year, we may be able to produce as many as 500,000 vehicles globally in 2019,” CEO Elon Musk and CFO Zachary Kirkhorn wrote in a letter to shareholders.

“This is an aggressive schedule, but it is what we are targeting. However, based on what we know today, being able to produce over 500,000 vehicles globally in the 12-month period ending June 30, 2020 does appear very likely.”

Tesla produced roughly 63,000 Model 3 vehicles in the first quarter, a 3% jump from the prior quarter. Meanwhile, Model S and Model X deliveries declined to 12,100 vehicles — falling short of the company’s two-year run rate of around 25,000 per quarter.

Here’s what Tesla just reported, compared with what analysts polled by Bloomberg were expecting:

Morgan Stanley auto analysts earlier this month described the first quarter as one Tesla “may want to forget.”

The beginning of 2019 has been dotted with a legal battle between Musk and the Securities and Exchange Commission, disappointing first-quarter deliveries, a plunging stock, employee layoffs, and a concern among Wall Street analysts that underlying demand has faltered.

The California automaker also unveiled its long-awaited $35,000 Model 3 in February, its Model Y crossover SUV in March, and plans for its self-driving technology this week.

Musk warned earlier this year that Tesla probably wouldn’t turn a profit in the first quarter, reversing his prior forecast. He does expect Tesla to achieve profitability in the second quarter, however.

Ahead of Tesla’s results, short-sellers ramped up their bets against the company, according to the financial-analytics firm S3 Partners. Short interest in the name now hovers around the highest level of the year, the firm’s data showed.

At the same time, Wall Street analysts have become increasingly negative on Tesla, with the number of “sell” ratings on Wall Street topping “buys.” According to data compiled by Bloomberg, 15 suggest “sell,” 13 say “buy,” and eight recommend “hold.” 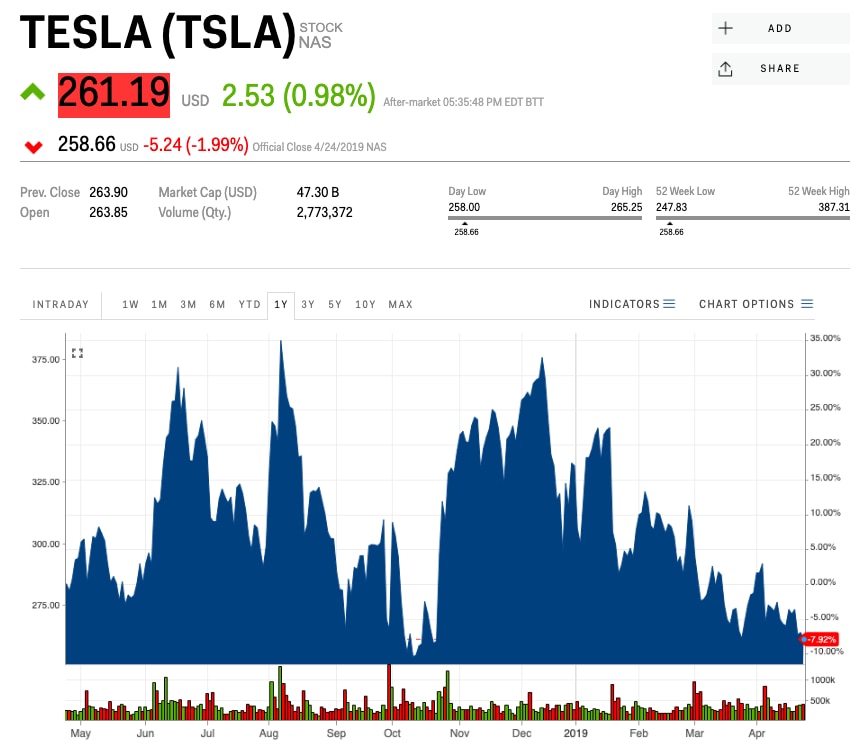