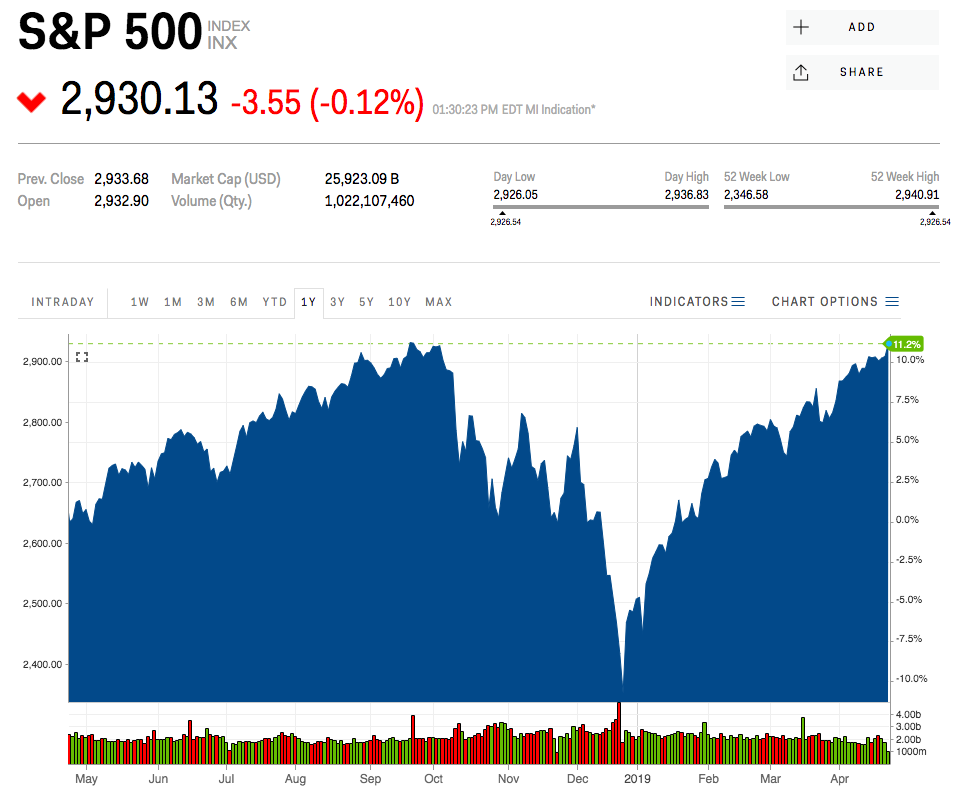 The stock market is set to go even higher if history is a guide, according to a research report by Ryan Detrick, Senior Market Strategist for LPL Financial.

The S&P 500 recorded an all-time high closing price of 2,933.68 on April 23, some seven months after the previous high in October 2018. The new high was achieved despite a myriad of market distractions, including President Trump’s trade wars and fears around Brexit.

If history is any guide to future returns, then the market may have significant room to rally from current levels. Going back to 1950, LPL Financial researched S&P 500 returns following market periods where record highs were not recorded for at least six months.

18 such periods were recorded, beginning in 1954. The 12-month returns following the new high averaged 12.9% with 17 of the 18 periods recording a positive return. The lone losing period occurred during the Great Financial Crisis, where the May 2007 market peak, produced after the Bear Stearns “bailout,” fell by 8.7% over the next year.

Returns were also broadly positive over three and six month periods following the new highs, though losses over these periods were significantly more frequent.

“It has been a long time since the S&P 500 scored a new high, yet this could actually hint at future gains,” Detrick said. “The waiting game for record highs may be tough, but it has proven the durability of this bull market based on sound fundamentals.”

Stocks have rebounded sharply from the volatile fourth quarter, driven by the Fed’s sudden pause of its rate-raising policy. While the new high was achieved within seven months, LPL’s report notes that investors have typically had to wait much longer for new highs in these scenarios.

“Historically, when US stocks have gone six months without a record, investors have had to contend with a significantly longer waiting period (and more market volatility). The benchmark has taken an average of 25 months to post new highs in times it hasn’t hit a record within six months,” Detrick said.

While market volatility can always make a return, LPL Financial forecasts that the S&P 500 could achieve their fair value target of 3,000, 2% above current trading. If the S&P 500 performs in-line with the median return of 12.9%, the index would sit at 3,311 12 months from now.