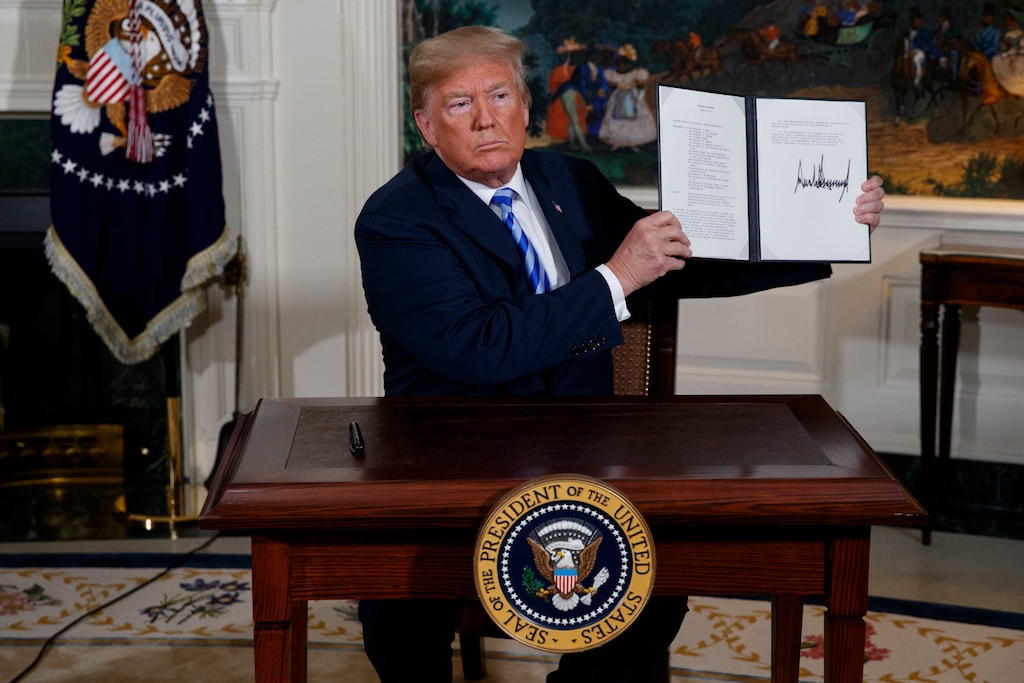 As President Donald Trump moves to shut Iran out of the oil market, other top producers are facing output disruptions. And analysts say higher energy costs could be felt by consumers as soon as this summer.

The Trump administration said Monday it would not renew waivers that had shielded eight countries from sanctions on oil purchases from Iran, a surprise move that has raised concerns about global supply.

“President Trump’s decision to zero out Iran sanctions waivers represents the ultimate high wire act for oil prices,” analysts at RBC said in a research note to clients this week. “All of these geopolitical stories could present a cruel summer scenario for President Trump as he seeks to keep oil prices in check.”

Trump withdrew the US from the Iran nuclear deal last year as part of a maximum-pressure campaign against the Islamic Republic, which officials cited as a threat to stability in the Middle East and elsewhere. Reinstated sanctions aim to halt all exports from what had been the fourth-largest OPEC producer.

That policy was stricter than oil sanctions under the Obama administration, which granted waivers to 20 countries and expected others to reduce Iranian oil imports by about a fifth every 180 days.

Secretary of State Mike Pompeo said in a statement that other OPEC producers have agreed to help to make up for lost supply in the coming months, but geopolitical factors may present limits.

Those efforts hinge heavily on coordination with Saudi Arabia, a strategy that could draw further criticism following the killing of the Washington Post journalist and American resident Jamal Khashoggi. The unofficial leader of OPEC also faces incentives to keep prices higher than what may be ideal for the White House.

“The Kingdom is currently sitting on just over a million barrels of spare capacity, but we believe it will be more judicious in adding barrels to the market this time around in order to avert another sharp sell-off,” said Helima Croft, the head of commodities research at RBC, referring to when the oil market plunged into bear territory at the end of 2018.

This all comes at a time of falling production among other major producers, potentially leaving the global market vulnerable to supply shocks.

The US this year also imposed sanctions on Venezuela and the government energy company PDVSA, which could severely limit shipments from the oil-rich country and are set to tighten in May. In Libya, recent production increases have been threatened as the country grapples with the growing possibility of a civil war.

“Even if the Saudis do fill the gap, and we believe they will, it would significantly reduce global spare capacity and leave the industry ill-prepared for another major supply shock,” Stewart Glickman, an energy-equity analyst at CFRA Research in New York, said in an email.

Those supply concerns and stronger than expected demand could result in higher gas prices, which have already been on the rise. While the US could increase production of light crude oil, many American refiners tend to view heavy imported grades as optimal.

A price premium for heavy crude has already been apparent on the Gulf Coast, said Ashley Petersen, a senior oil market analyst at Houston-based Stratas Advisors, raising the possibility that consumers could see higher costs following US sanctions.

“Yesterday’s move was definitely a surprise, and a bit of a gamble for the Trump Administration since it will likely lead to higher gas prices for drivers this summer,” she said on Tuesday. “There is enough crude globally to meet demand, but as you pointed out, there is a mismatch between the crude available and the crude that refiners might want.”

The full impact of sanctions will depend on how the countries who currently hold waivers choose to respond and how the Trump administration enforces the new measures, said Adam M. Smith, an international trade lawyer who was formerly a top adviser at the Treasury Department’s sanctions unit.

“Countries that have not yet moved to zero imports of Iranian oil may also believe that there could be external constraints to the Trump Administration’s potential response,” he said.