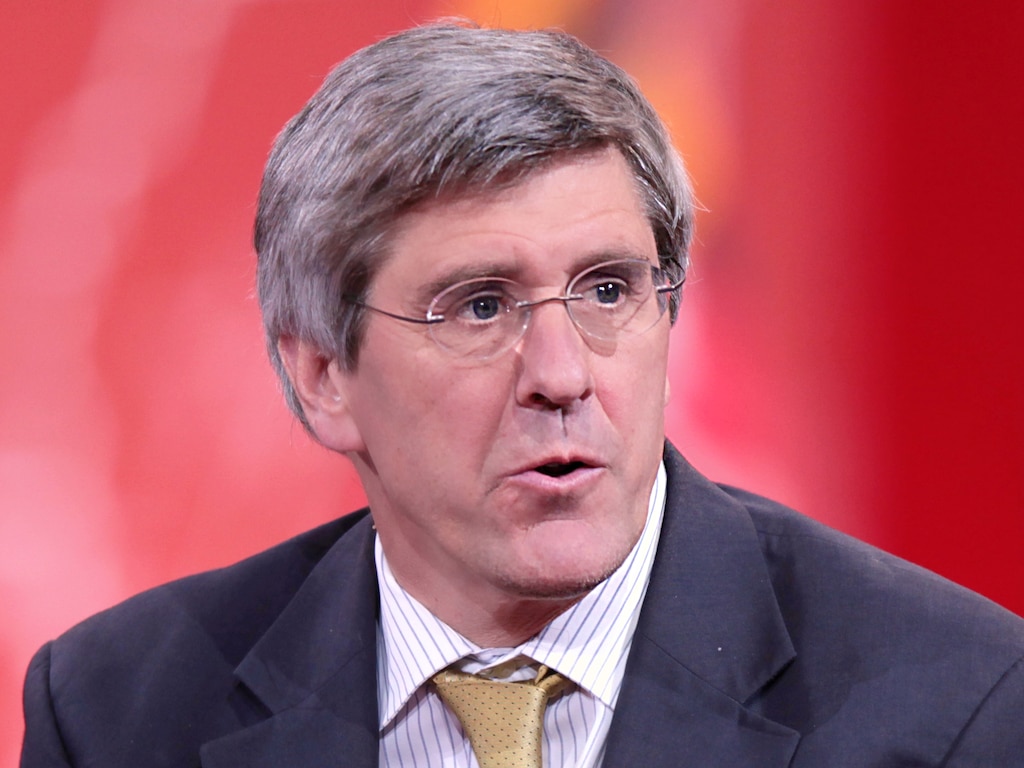 President Donald Trump on Thursday said Stephen Moore would no longer be considered for a spot on the Federal Reserve Board of Governors.

“Steve Moore, a great pro-growth economist and a truly fine person, has decided to withdraw from the Fed process,” Trump tweeted on Thursday afternoon.

“Steve won the battle of ideas including Tax Cuts and deregulation which have produced non-inflationary prosperity for all Americans. I’ve asked Steve to work with me toward future economic growth in our Country.”

Lawmakers expressed increasing concern about Moore this week after past comments about women resurfaced. He has suggested in writings that women should not make as much money as men and that only attractive women should be able to work as referees or sports reporters.

A political ally to Trump and an outspoken critic of the Federal Reserve, Moore faced scrutiny from the beginning. He cofounded the Club for Growth, a lobbying group focused on cutting taxes, and has written a book in which he praised Trump’s fiscal policies. In a Wall Street Journal op-ed article, he once said policymakers at the Federal Reserve should be fired.

His views toward the economy have also been called into question. Moore has pushed officials to target commodity prices when setting interest rates, an approach rejected by economists across the political spectrum.

The withdrawal was unexpected, however, given that several news outlets published interviews with Moore just hours before Trump’s announcement that indicated he still expected to be nominated.

“I’m all in,” he said in an interview with Bloomberg, adding that a Trump administration official had given him no indication a day earlier that he would be dropped. The White House did not immediately respond to a request for comment.

After Trump made the announcement on Twitter, Moore released a statement saying he would no longer seek the nomination.

“Your confidence in me makes what I am about to say much harder,” he said. “I am respectfully asking that you withdraw my name from consideration. The unrelenting attacks on my character have become untenable for me and my family and three more months of this would be too hard on us.”

This all comes just weeks after another of Trump’s picks for the Fed board, Herman Cain, withdrew from consideration. The former pizza-chain executive faced renewed criticism over a series of sexual-harassment accusations that surfaced during his failed presidential bid in 2012.

Wordle obsession shows how the…

How to set business goals…

As a transgender founder in…

How one partner shaped law…