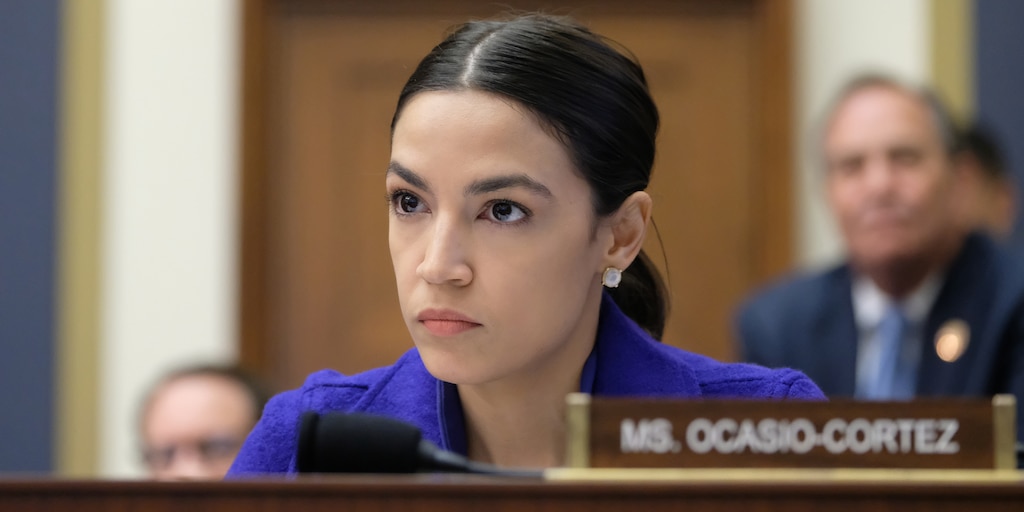 Warren Buffett doesn’t think the US is going to shift it’s economic system any time soon.

At Saturday’s Berkshire Hathaway annual meeting, Buffett dismissed the idea that the country will move towards a socialist system.

Socialism has become a hot topic in Washington as liberal Democrats like Sen. Bernie Sanders and Rep. Alexandria Ocasio-Cortez, both self-identified democratic socialists (which is different from out and out socialism), have been on the rise. President Donald Trump and the GOP have made attacks of socialism a key election tactic for 2020.

Read more: Here’s the difference between a ‘socialist’ and a ‘Democratic socialist’

In addition, socialism as a concept has been polling better among young Americans and self-identified Democrats had a more positive view of socialism than capitalism in a recent Gallup poll.

Buffett also personally expressed a dislike of socialism, calling himself a “card-carrying capitalist.”

“I believe we wouldn’t be sitting here except for the market system and the rule of law on some things that are embodied in this country,” Buffett said. “So you don’t have to worry about me changing in that manner.”

In addition to the socialism idea, Buffett also weighed in on a few other political topics.

Buffett said the US healthcare system has become a problem, which is a frequent refrain of the legendary investor, and argued that the while a strong safety net is important, the government is not efficient in many instances.

“I generally think the private sector does a better job than the public sector in most things,” Buffett said.

The Berkshire CEO stated that Berkshire as a company will not donate money to any political campaign though the investing legend may do so in a personal capacity.

Buffett also decried the amount of money in politics and argued that he believes in a bipartisan approach, saying that he has previously voted for Republicans. Buffett raised money for and appeared at event with Hillary Clinton during the 2016 election.

Mike and Karen Pence are…

Trump is likely to escape…

Kellyanne Conway was accused of…