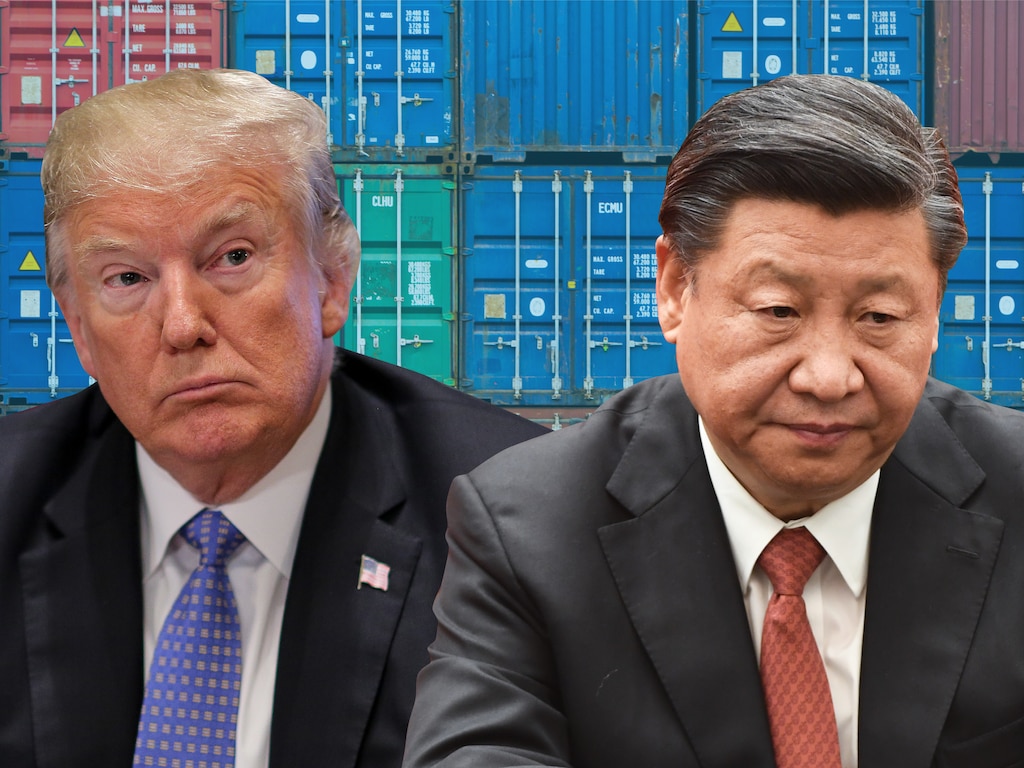 The S&P 500, Dow Jones Industrial Average, and Nasdaq Composite all fell between 1.5% and 2%, with the Dow opening lower by more than 400 points as traders worry the ongoing US-China trade war could drag on without a resolution.

“The United States has been losing, for many years, 600 to 800 Billion Dollars a year on Trade,” the president added on Monday morning. “With China we lose 500 Billion Dollars. Sorry, we’re not going to be doing that anymore!”

UBS economists said Trump’s tweets were exactly the opposite of his statements just last Friday, when he said talks between Washington and Beijing to end the trade war were going ‘very well.'”

The violent reaction in US equity markets has interrupted their impressive comeback from the historic sell-off that took place during the fourth quarter.

This year’s rally has been fueled in part by the Federal Reserve‘s dovish posture, signs the domestic economy is on solid footing, and optimism the US and China could reach a trade deal. The S&P 500 was up 17.5% this year through Friday’s market close.

Some of the more trade-sensitive corners of the market fell under intense pressure Monday morning, notably emerging-market equities, semiconductors, and US companies with particularly large exposure to China.

The trade-sensitive names Boeing and 3M fell 2% and 1.7%, respectively, while the chipmakers Advanced Micro Devices, Micron, and Nvidia all fell between 4% and 5%.

“Our base case is that the US and China tariffs have stabilized, the sides will reach a deal that removes tariffs in stages, but long term non-tariff commerce barriers will continue to rise,” Morgan Stanley equity strategists wrote in a note to clients Monday morning. “But comments from the US threatening more tariffs introduce fresh uncertainty about the near term trajectory: a real possibility that another round of tariff escalation is part of the endgame.”

‘Entering the danger zone’: One Wall Street expert lays out a compelling case for a stock-market meltdown in May