Latest News
Home /LIVE: Lyft is about to report earnings for the first time as a public company 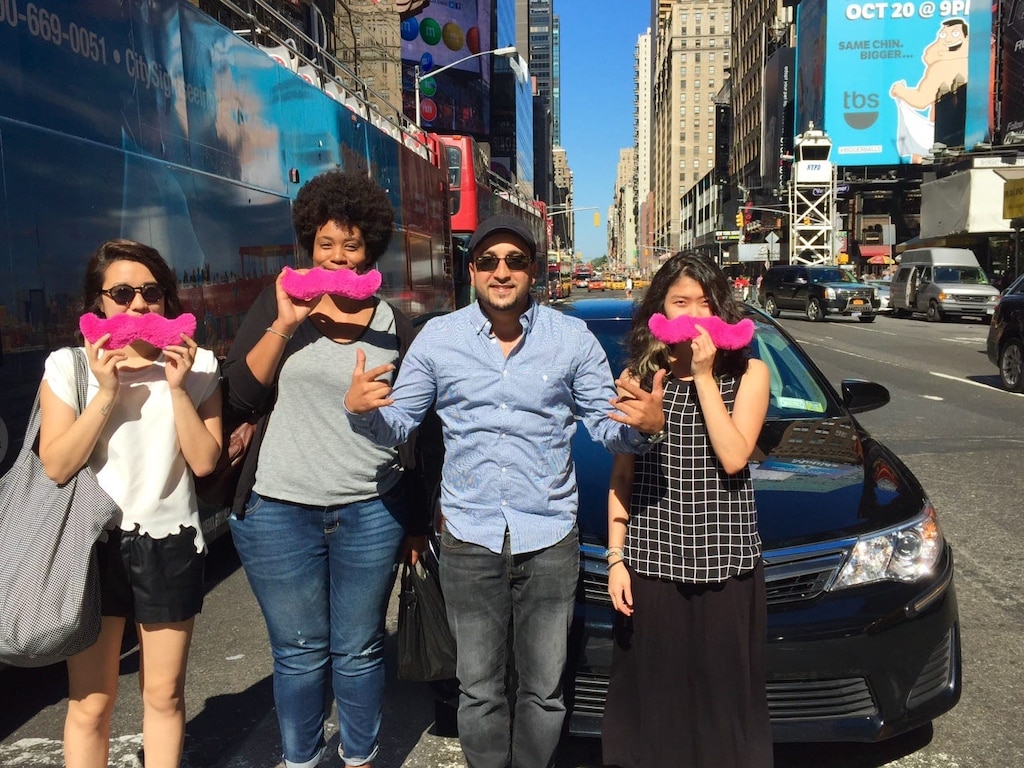 The market has not been kind to Lyft.

After a brutal six weeks on the stock market, Lyft now faces a real test: reporting quarterly earnings for the first time as a public company. The results are due after Tuesday‘s closing bell.

To place Lyft’s rotten performance in perspective, consider its first month of trading relative to other large initial public offerings in the US. Its 20.5% decline was the second-worst on record, only better than Facebook‘s 21% drop seven years ago, according to Dealogic.

Analysts attribute the drop to a few things. Wall Street is concerned over Lyft’s uncertain path to profitability (it lost $911 million last year) and competition from rival Uber, which is expected to price its IPO later this week.

Here’s what Lyft reported, compared with what analysts polled by Bloomberg forecast:

When the report drops, analysts say they will be looking at Lyft’s number of active riders, total rides, take rates, and bookings. Another important metric is revenue per active rider, which comes from simply dividing quarterly revenue by active riders for that quarter. That’s important because analysts expect that measure’s growth is will flatline in the coming years. 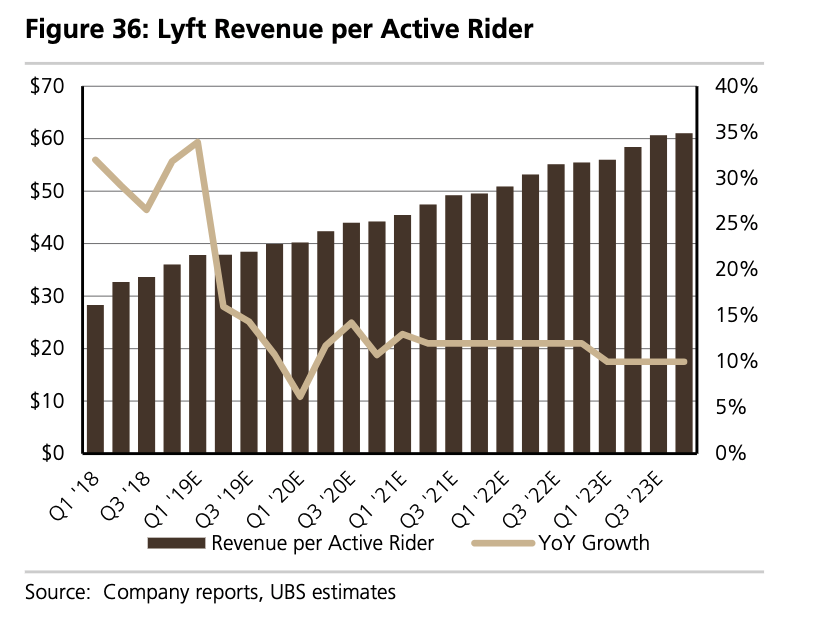 Gross bookings growth is also expected to slow, according to UBS analysts’ projections. 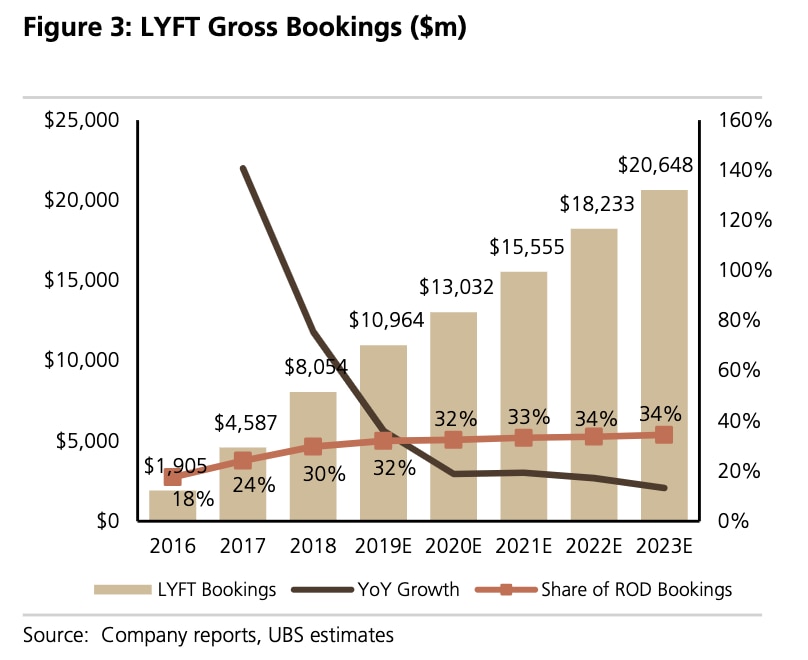 To be fair, the majority of analysts are bullish. Of those polled by Bloomberg, 15 say “buy,” eight rec commend “hold,” and two suggest “sell.”

Raymond James analyst Justin Patterson, who has a price target of $85 — 45% above where shares are currently trading — says he expects user growth and frequency to “remain healthy,” and believes the company has room to grow in both the US and Canada.

“Net, we continue to expect LYFT to trade on 1) positive revisions to revenue and gross profit and 2) modest multiple expansion from investors becoming comfortable with TAM and competition,” he said.

Tuesday’s earnings report comes as Uber and Lyft drivers prepare for strikes this week to protest pay and working conditions. The consternation comes down to a metric known as the take rate, which is the percentage of a driver’s fare that the ride-hailing compan keeps.

Read more: Uber and Lyft drivers are planning to strike this week, and it highlights the challenge the 2 ride-hailing giants face as public companies

Lyft went public at a $24 billion valuation. Here’s how that compares to other high-profile tech companies dating back to the dotcom bubble.

15 cities where Uber and Lyft drivers make the most money 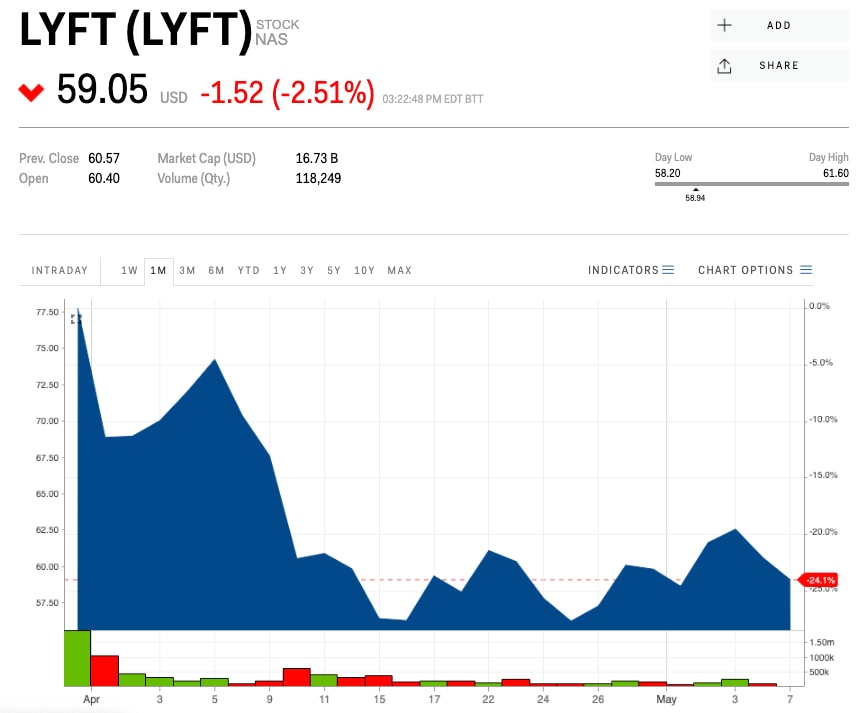 Human life span may be…

A Russian spaceship pushed the…

I declared bankruptcy at 28…