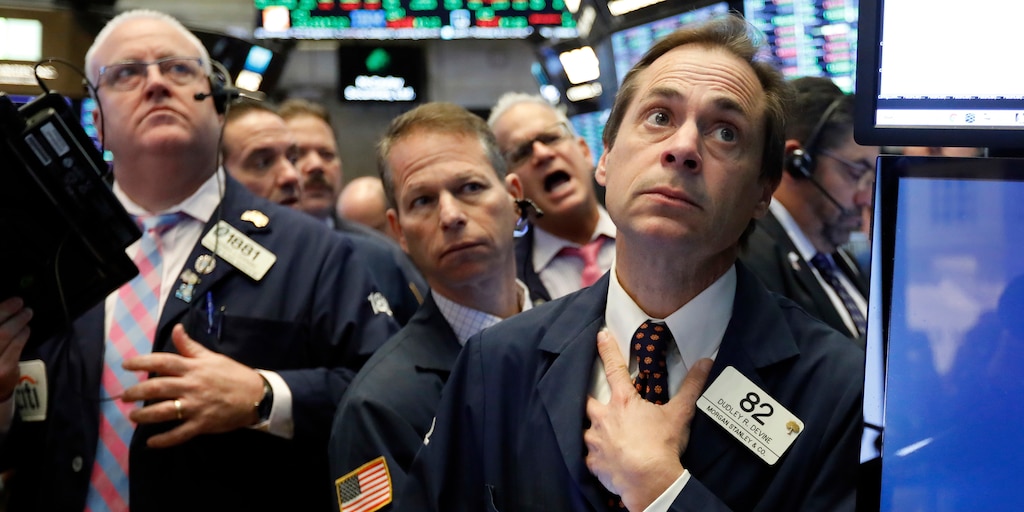 European and Asian equities and US futures slumped on Wednesday as traders, fearing a collapse of US-China trade negotiations, followed up Wall Street’s rout on Tuesday and sold off riskier assets.

“Given the continued signs of risk aversion in the markets, investors are not holding their breath for any serious progress in these talks,” said Jasper Lawler, head of research at London Capital Group, in a morning note. “The chances of the two powers resolving their issues over the coming two days of talks appears unlikely.”

Investors may have taken for granted that the US-China trade dispute would be resolved.

“The S&P looks mispriced close to all-time highs and we can expect to see the US index experience a few more sessions similar to last night’s,” Lawler wrote. The breakdown of trade talks could also spark a slowdown in the global economy, which was only starting to stabilize, he added.

US trade officials have accused their Chinese counterparts of walking back concessions the two sides had already agreed. President Donald Trump threatened to raise tariffs from 10% to 25% on $200 billion worth of Chinese goods, and slap 25% tariffs on a further $325 billion of the Asian nation’s products, in tweets over the weekend.

The Trump administration plans to introduce the first batch of duties on Friday. China’s top trade negotiator, Vice Premier Liu He, will visit Washington on Thursday and Friday in a last-minute attempt to strike a deal and prevent the hike, according to Reuters.

The fallout from a collapse in trade talks could be much greater, at least according to one market watcher:

“If there is no deal between the two superpowers by Friday, we are expecting the global equity markets to drop by at least 20%,” said Naeem Aslam, chief market analyst at Think Markets UK.