Binance, one of the world’s largest cryptocurrency exchanges, has announced a hack of $40 million worth of bitcoin. In a statement posted on the company’s site, the exchange said it “discovered a large scale security breach” on Tuesday.

The exact amount of bitcoin stolen amounted to 7,047.2 coins, and the company said it would cover all losses using funds from its reserve accounts. Customer holdings will not be affected, it said.

“The hackers had the patience to wait, and execute well-orchestrated actions through multiple seemingly independent accounts at the most opportune time,” Binance CEO Changpeng Zhao said in a statement on Wednesday. “The transaction is structured in a way that passed our existing security checks.”

The company also said the hackers were able to obtain sensitive information such as application programming interface keys, which are similar to “tokens” users require to access accounts.

Binance said the hackers employed sophisticated techniques that involved phishing and viruses and targeted the company’s “hot wallet,” where bitcoin holdings are connected to the internet, as opposed to “cold wallets,” which are stored offline. The exchange said its hot-wallet holdings were less than 2% of its total holdings.

“This shows how centralized Bitcoin, exchanges and all cryptocurrencies really are and how no cryptocurrency at the moment can currently stop these potential issues from arising,” said Richard Dennis, the founder of the decentralized crypto network Temtum.

Exchange hacks have become an increasing concern for bitcoin holders. The cryptocurrency, which is prized for its reputation as a “secure” asset, has faced a series of losses, including an incident in which the CEO of an exchange died with sole access to the “cold storage” accounts of $137 million in cryptocurrency belonging to about 115,000 customers.

In addition, the New York attorney general filed a lawsuit in April against the Hong Kong-based iFinex, accusing the exchange of mixing client funds with its own capital to hide the fact that $850 million went missing in 2018.

Binance announced a suspension of withdrawals until an investigation, expected to take one week, could be completed. Customers will still be allowed to adjust their position holdings while the investigation is ongoing, it said.

Bitcoin prices remain volatile. After plunging from its December 2017 peak of $19,891, the cryptocurrency has made a recovery in 2019. 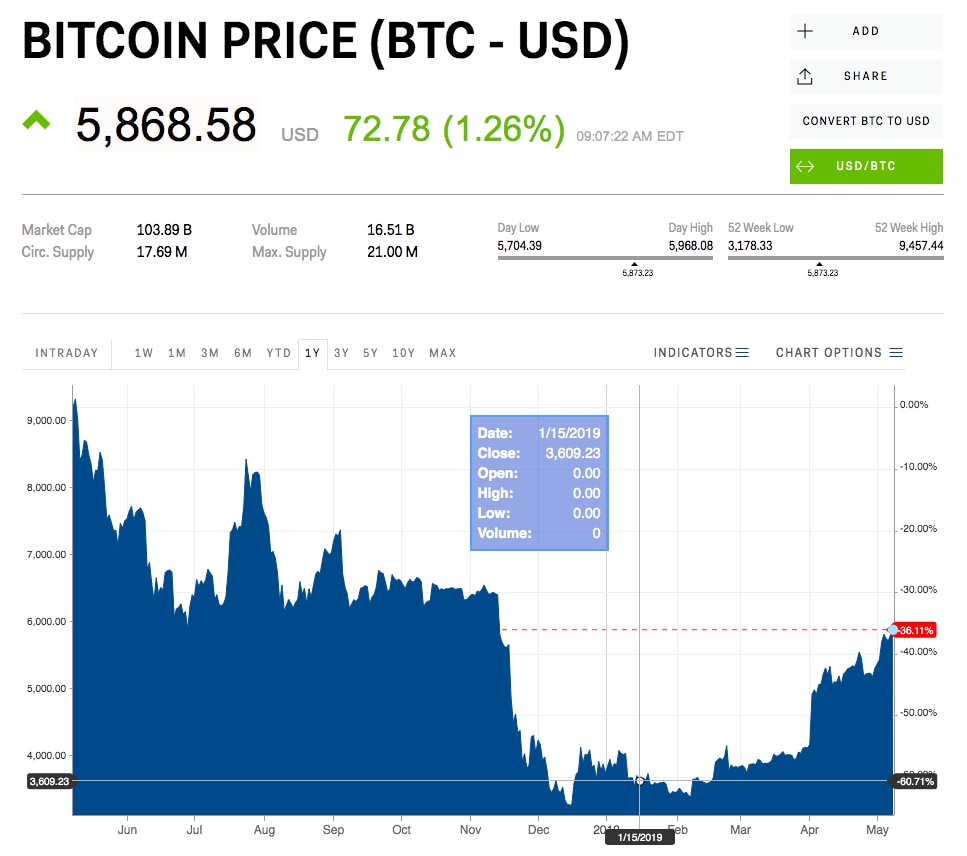