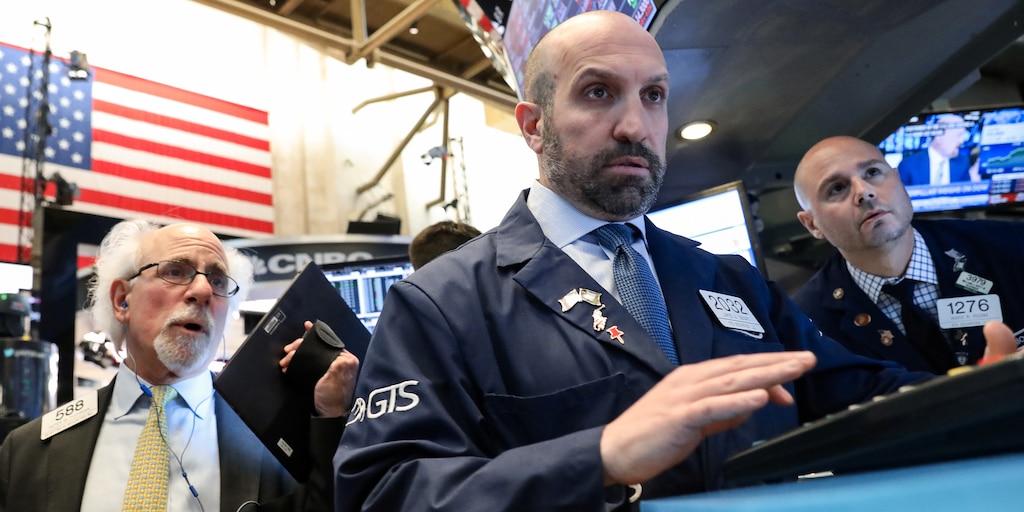 Asian, European, and US stocks slumped Thursday after US President Donald Trump accused China of scuttling the two nations’ trade talks, fanning traders’ fears that his threatened tariff increases on Chinese goods would be implemented Friday.

“China broke the deal,” Trump said at a rally Wednesday night, doubling down on the White House’s assertion that Chinese officials reneged on provisions from a draft trade agreement. He plans to meet with Liu He, China’s top trade negotiator, in Washington this week only if the two sides make progress, according to Bloomberg.

“These comments clearly don’t bode well for the trade talks which are due to start today,” Jasper Lawler, the head of research at London Capital Group, said Thursday. He pegs the chances of the tariff hike — to 25% from 10% on $200 billion worth of Chinese goods — being introduced at 75%.

Investors are bracing for a broader downturn if the tariff increases are carried out.

“The markets are nervous of the impact that these actions will have on the health of the global economy, just as it is showing tentative signs of stabilizing following a period of slower growth,” Lawler said. “Should Trump go ahead with the tariff increase, we could expect equities to continue falling.”

The tariff increases would have a sudden and significant impact on China’s growth, undermining policymakers’ recent efforts to spur a recovery. The world’s second-largest economy has threatened to retaliate with “necessary countermeasures” if the US hikes tariffs, raising the prospect of a significant escalation in their trade war.

“If the two sides increase the tariffs on each other’s imports, growth on a global scale will take a hit,” said Konstantinos Anthis, the head of research at ADSS.

Black Friday shopping in US…

Thousands protest in France over…