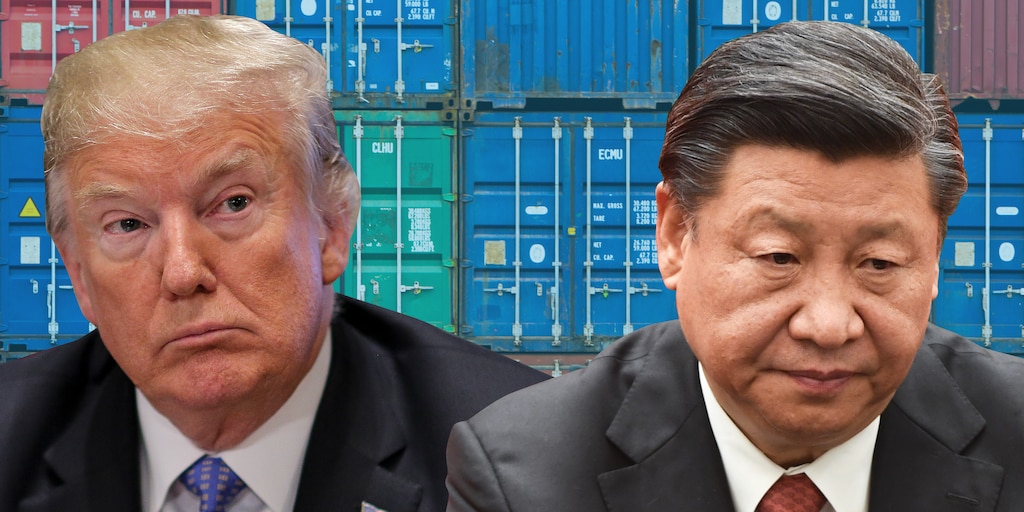 Asian and European stocks rallied on Friday after US President Donald Trump received a “beautiful letter” from Chinese President Xi Jinping and called for the two countries to cooperate on a trade deal.

“He just wrote me a beautiful letter,” Trump said on Thursday, according to Reuters. “I’ve just received it and I’ll probably speak to him by phone. Let’s work together. Let’s see if we can get something done.”

Equities rose despite the Trump administration’s increase in tariffs from 10% to 25% on $200 billion of Chinese goods, which took effect on Friday morning. The duties span more than 5,700 product categories, from soy sauce to rat poison and televisions to mattresses, according to the official list.

“Trump was true to his word, and there is no can kicking,” said Neil Wilson, chief market analyst for Markets.com. “This marks a sharp escalation in the trade spat, but it’s not gone nuclear yet.”

The White House raised the tariffs in response to Chinese officials walking back on commitments in a draft trade agreement between the two countries. The Chinese Commerce Ministry has denied reversing its positions and vowed to take “necessary countermeasures” beyond the retaliatory duties it has already placed on $110 billion worth of US imports. Trade negotiators from both nations are meeting in Washington this week but failed to strike a deal before the tariff hike.

“Despite the Chinese side’s calm reaction to his threats and the negotiations still taking place, the US President doubled down on his attempt to put pressure on China by pulling the trigger,” said Konstantinos Anthis, head of research at ADSS.

“Whether he’s actually willing to undo months of progress remains to be seen, but what’s certain is that by going ‘all in,’ Trump raised the odds of the game — and the likelihood of retaliation from China — potentially leading to a breakdown in talks.”

European equities are regaining ground with Britain’s FTSE 100 up 0.7%, the Euro Stoxx 50 up 0.9%, and Germany’s DAX up 1%. The Dax has been boosted after industrial giant Thyssenkrupp’s reportedly decided to go back on plans to split into two separate divisions, with its shares rising 9%, per Reuters.

Slight declines in US futures signal a lower open for US stocks. The Dow Jones Industrial Average, S&P 500, and Nasdaq are all down about 0.2%.

Global stocks lost $2.1 trillion in value in the lead up to the tariff increase, according to Bloomberg.

The Bloomberg Agriculture Spot Index, which tracks prices of nine crops, is trading close to a 10-year low.