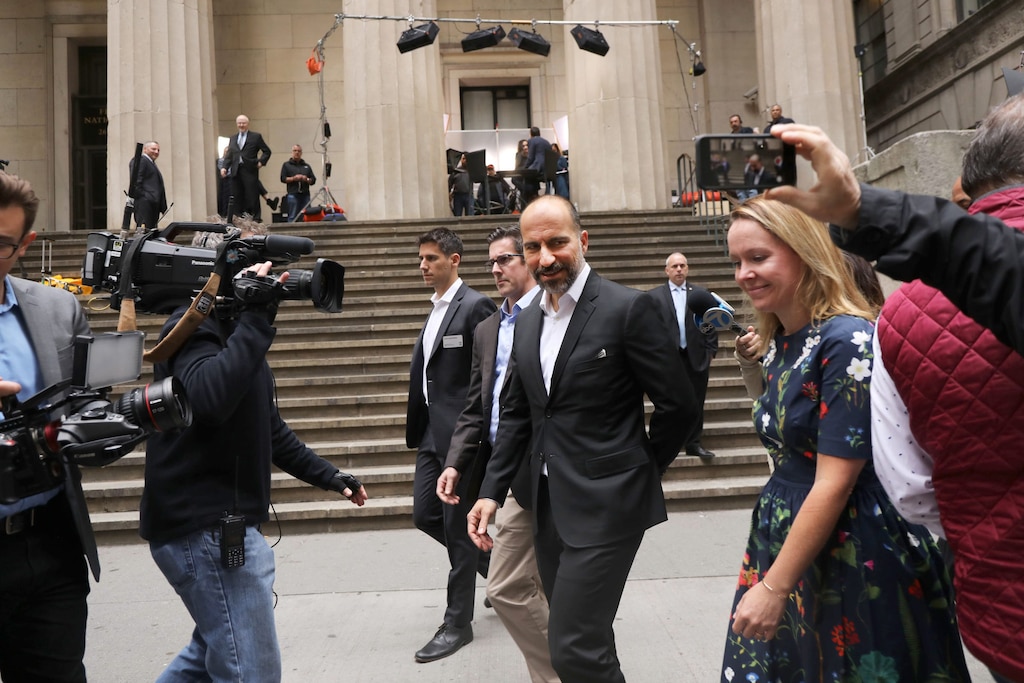 The chief executive sought to reassure employees that while Uber’s IPO did not yield the first-day results the company had hoped for, they should keep in mind that several high-profile technology companies sputtered in their debuts only to surge in later years.

“Remember that the Facebook and Amazon post-IPO trading was incredibly difficult for those companies,”  Khosrowshahi wrote in the email to employees that was posted on Twitter by New York Times reporter Mike Isaac. “And look at how they have delivered since.”

When asked about the email, an Uber representative pointed Markets Insider to Isaac’s tweet.

Read more: ‘Our stock did not trade as well as we had hoped’: Read the reassuring email Uber’s CEO sent employees following its disastrous IPO

Uber shares plunged 12.4% Monday, to close at $36.43, after sinking nearly 8% on Friday. The second ride-hailing company to hit the US market priced its IPO at $45 a share last Thursday, and saw a $42 debut on Friday morning.

To put its dismal showing another way, Uber’s first day of trading turned out the largest one-day dollar loss of a US-listed IPO, according to analysis from Jay Ritter, a professor at the University of Florida who has long specialized in IPO market research.

Consider that performance against Amazon and Facebook, which debuted in May 1997 and May 2012, respectively.

In split-adjusted terms, Amazon opened at $2.44 a share and tumbled to $1.96 by the close its first day of trading. The stock moved sideways until July 1 of that year, taking nearly two months to finally reclaim its opening price. (Amazon debuted on the Nasdaq at $16 a share).

Facebook’s debut was more fraught. The social network in 2012 saw the biggest first-month drop of any large US IPO in history, according to Dealogic. They plunged 21% decline, and failed to recapture their opening price for about 16 months.

Since the close of trading on their respective IPO days, Facebook has gained 377% and Amazon is up 93,542%.

Khosrowshahi’s plea to employees was not unlike advice from analysts and money managers who urge investors not to consider companies’ early stock-market movements as indicative of the long-term story.

“There are many versions of our future that are highly profitable and valuable, and there are of course some that are less so,” Khosrowshahi wrote. “During times of negative market sentiment, the pessimistic voices get louder, and the optimistic voices pull back.”

He added: “Obviously our stock did not trade as well as we had hoped post-IPO.”

Khosrowshahi is leading the company through its debut at a difficult moment for the stock market.

Global markets have fallen under pressure in recent weeks amid the ongoing trade war between the US and China. Stocks fell on Monday after China said it would hike tariffs on US goods in a retaliatory measure. US markets remain near all-time highs despite the recent volatility.

Stalled out: Why the rush of IPOs from big, unprofitable companies like Uber and Lyft could throw the entire market off track

Meet Austin Geidt, the Uber exec whose life is the stuff of Silicon Valley legend, who joined the company as an intern in 2010, got sober at age 20, and just rang the company’s IPO bell 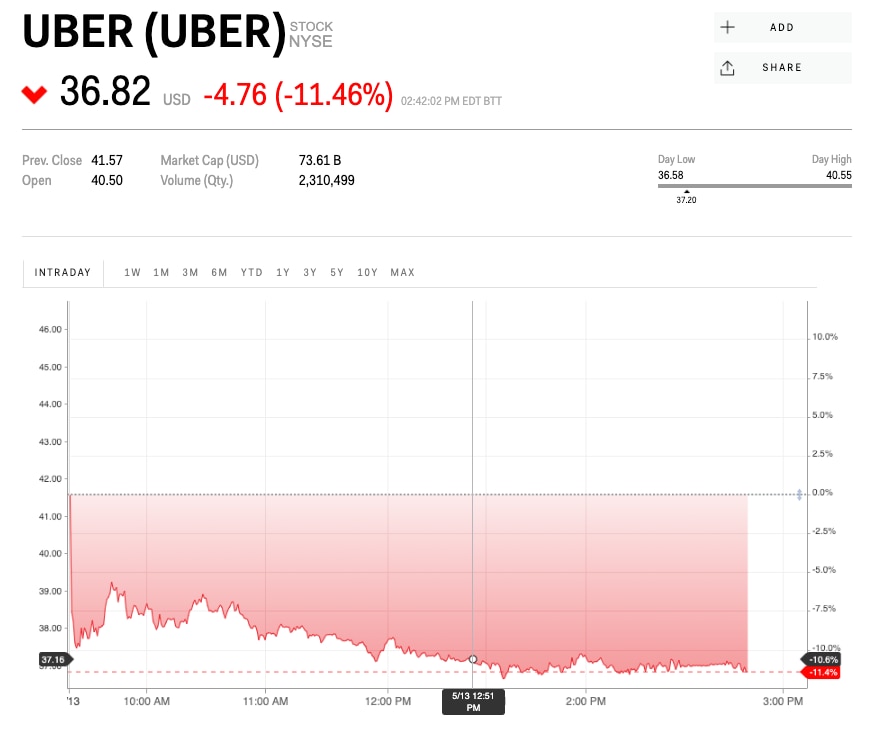