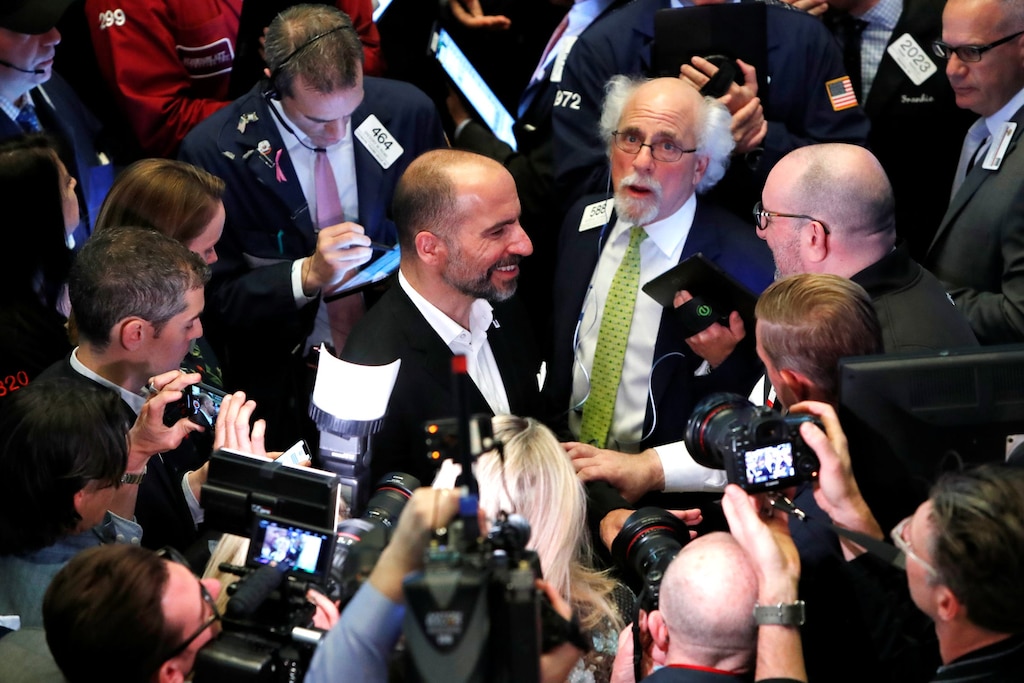 The underwriters leading Uber‘s initial public offering were so concerned about the ride-hailing giant’s stock-market debut that they deployed a rare tactic called a “naked short,” CNBC reported Tuesday.

The underwriters, led by Morgan Stanley, sought to provide extra support for the stock due to concerns the IPO had run into trouble, CNBC said, citing four people with knowledge of the matter.

The strategy, which is infrequently deployed, is meant to provide support for an IPO if there’s intense selling pressure on newly public shares.

It involves bankers selling more shares than what was allotted in the IPO, and buying them back as effective “support” in the open market should a downturn strike. “Naked” short selling takes several forms, according to the Securities and Exchange Commission, and is not necessarily a manipulative investing strategy.

CNBC’s report did not cite specific firms outside of a reference to Morgan Stanley as Uber’s lead bookrunner on the deal, though Uber had 29 banks, including Goldman Sachs, RBC Capital Markets, and Deutsche Bank, working on its IPO.

While the exact size of the naked short could not be learned, according to CNBC’s report, it was expected to have been “fairly small,” two of the people familiar described.

The tactic was unable to stop intense the selling pressure that engulfed Uber shares during their first two days of trading, however, it’s unclear where they’d be if the strategy was not deployed.

Uber shares priced at $45 apiece, at the low-end of their expected range, giving the company a market capitalization of $75.5 billion — well below the $120 billion valuation investment bankers floated months ago.

The ride-hailing giant saw the largest first-day dollar loss of any US-listed initial public offering, according to a University of Florida analysis of IPO data. On Monday, during their second day of trading, shares tanked 11% amid a brutal day for US stocks.

Uber’s stock-market debut last Friday came amid an escalation in the US-China trade war, as President Donald Trump raised tariffs on $200 billion of Chinese goods to 25% from 10%. China retaliated on Monday with its own tariff increase, making for a not so ideal market environment during the first few days of trading.

Morgan Stanley, Goldman Sachs, and all 27 other banks working on Uber’s mega-IPO 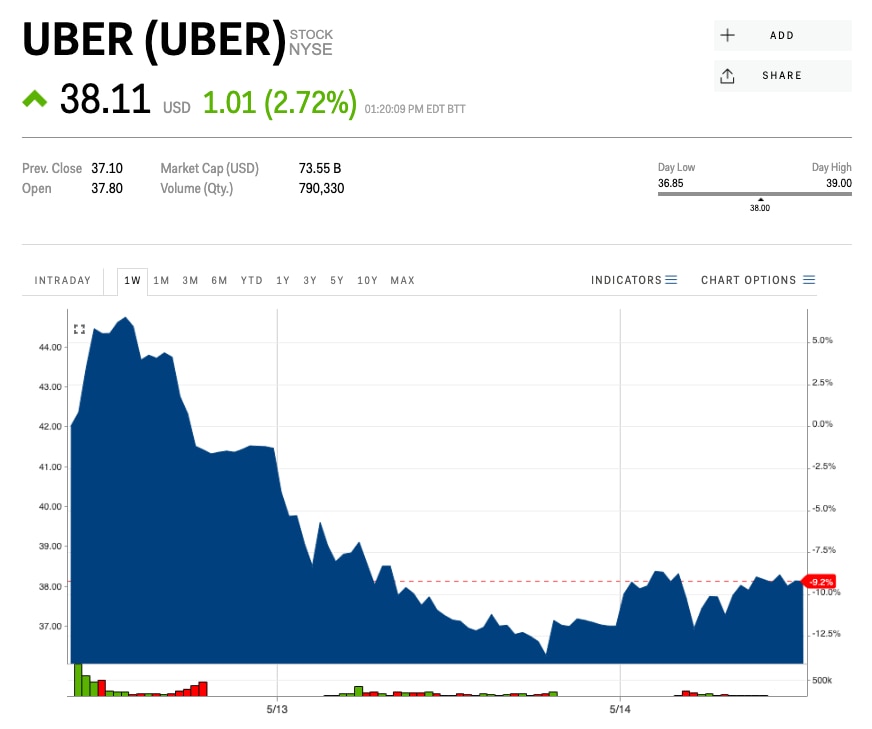