Latest News
Home /Investors are increasingly betting the Fed will drop rates, as the trade war escalates and Trump calls for a cut 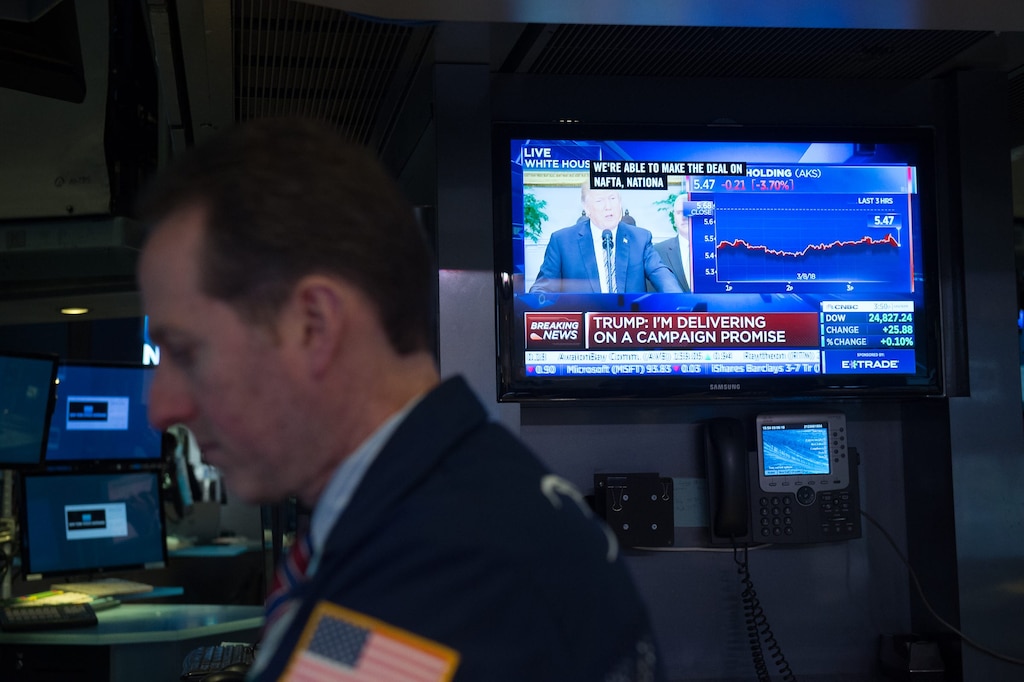 An increasing number of market watchers appear to think the escalating trade war between Washington and Beijing poses risks that could upend growth in the largest economy.

While the Federal Reserve backed paused its three-year hiking campaign this year, officials have fallen short of signalling that lower borrowing costs are coming.

Yet with underlying signs of slowing, some have seen hopes for lower borrowing costs grow. The recent escalation in the US-China trade war has only bolstered expectations, particularly in financial markets.

“The econ data does not support a rate cut, but worsening market conditions could push that direction if they continue to deteriorate,” said Luke Tiley, the chief economist at Wilmington Trust and a former Philadelphia Fed staffer.

More than three quarters of investors forecast a rate cut by the end of the year, according to CME Group’s FedWatch tool. That number has increased steadily over the past month, even more so after trade negotiations in Washington paused last week.

President Donald Trump seized on his escalating trade war on Tuesday, arguing the US would gain leverage if officials lowered interest rates. The president has stepped up pressure on the Fed, which operates independent from political interests, ahead of the 2020 elections.

“China will be pumping money into their system and probably reducing interest rates, as always, in order to make up for the business they are, and will be, losing,” he wrote on Twitter. “If the Federal Reserve ever did a ‘match,’ it would be game over, we win! In any event, China wants a deal!”

Others are less convinced that lower borrowing costs are ahead. While Fed officials have expressed concerns about trade uncertainty and soft inflation, key parts of the economy have held up stronger than expected in recent months.

“The current level of inflation may perplex central bankers and financial market participants, but in the context of a growing economy and job gains, it doesn’t demand a Fed policy response in my view,” Kansas City Fed President Esther George said Wednesday in Minnesota.

In a Wall Street Journal survey out last week, economists were split down the middle on whether the next rate adjustment will be a hike or a cut.

“The Fed is unlikely to do anything before it sees the hit showing up in the numbers,” said Kenneth Kuttner, a former Fed economist who is now a professor at Williams College. “And even if we do see some near-term turbulence, the FOMC will probably want to wait until it had evidence that a deal was unlikely in the foreseeable future, and the adverse effects would be persistent.”