Latest News
Home /The investment giant that was once Teslas biggest Wall Street backer cut its stake in half last year. Now its dumped most of what was left. 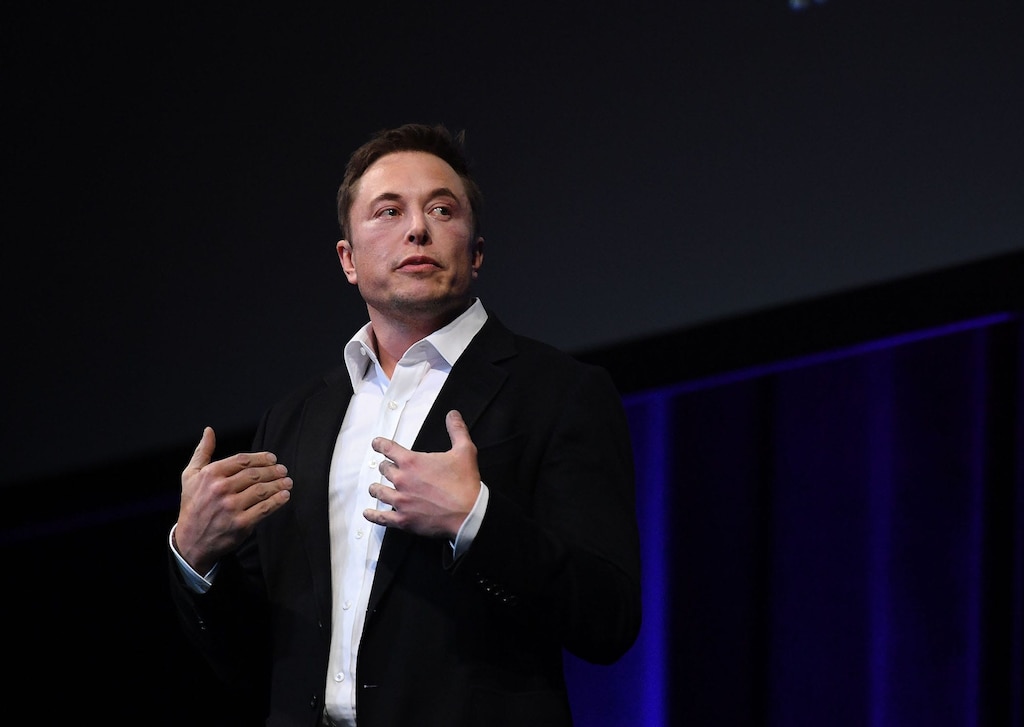 The giant investor that Tesla once counted as its largest institutional shareholder has drastically reduced its stake.

T. Rowe Price, Tesla’s largest institutional investor as recently as last fall, sold 81.3% of its position in the first quarter, a Wednesday filing with the Securities and Exchange Commission showed.

The firm’s funds now own just under 1% of outstanding shares, or nearly 1.7 million shares, according to Bloomberg equity ownership data. T. Rowe had previously halved its Tesla position in the fourth quarter to 5.2% from 10.12%.

T. Rowe Price’s position could have changed since the end of the quarter.

The significant reduction comes during a difficult run for Elon Musk’s automaker, with mounting concerns shaking investors’ confidence in a company long seen as having revolutionary potential in the electric vehicle space.

Tesla reported a larger-than-expected loss in its last quarterly report, disappointed investors and analysts alike with its latest vehicle delivery figures, and underwhelmed with its long-awaited Model Y unveiling.

Read more: A vocal Tesla bull says he can no longer ‘look investors in the eye’ and recommend the stock

As of Thursday, Musk remains Tesla’s largest shareholder, with just under 34 million shares or 19% of the company’s outstanding shares, per Bloomberg data.

Other institutional investors have only built up their positions.

The largest institutional shareholder is now Baillie Gifford, with 13 million shares, or 7.5% of Tesla’s outstanding shares. The Scotland-based investment firm bought just over 10,000 shares in the first quarter, its 13-F filing showed.

A chorus of Wall Street analysts have slashed their own Tesla estimates and price targets in recent weeks as concerns of underlying demand have formed a cloud over Tesla’s shares.

One of Tesla’s most vocal bulls, analyst Dan Ives of Wedbush, turned neutral on the stock last month, pointing to “distractions” like insurance products and robotaxi efforts while the real issue appears to be “growing demand woes.”

“As such, we no longer can look investors in the eye and recommend buying this stock at current levels until Tesla starts to take its medicine and focus on reality around demand issues which is the core focus of investors,” Ives wrote in an April note.

Read more: Tesla’s stock is ‘caught in a flywheel of concerns,’ says Morgan Stanley analyst who just cut his price target for the 4th time this year

And a team of Evercore ISI analysts on Wednesday slashed their price target for Tesla for the second time in a month. They also cut their vehicle delivery expectations across all models, as well as profit expectations for the next two years.

The analysts led by Arndt Ellinghorst said Tesla’s rich valuation — relative to other automotive peers like BMW and Volkswagen — is becoming difficult to defend.

“The only thing that can justify such valuations is supernatural growth and best in class execution,” they told clients. “Both are in question right now.”

Tesla shares fell by as much as 2.2% in Thursday trading. The stock has fallen 31% so far this year.

Tesla analyst slashes his target again, and says everything you think you know about it is in question 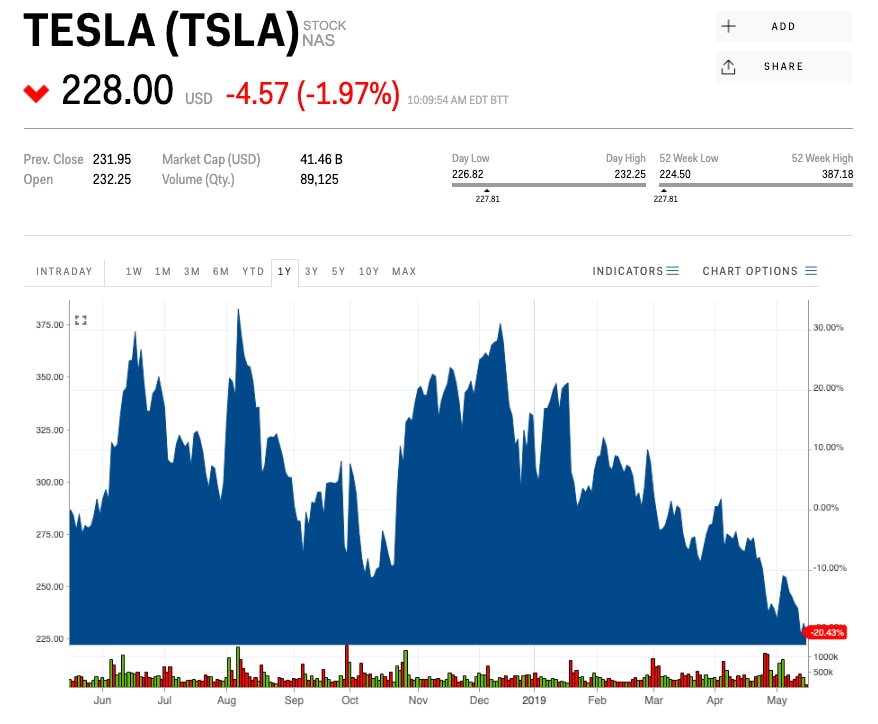