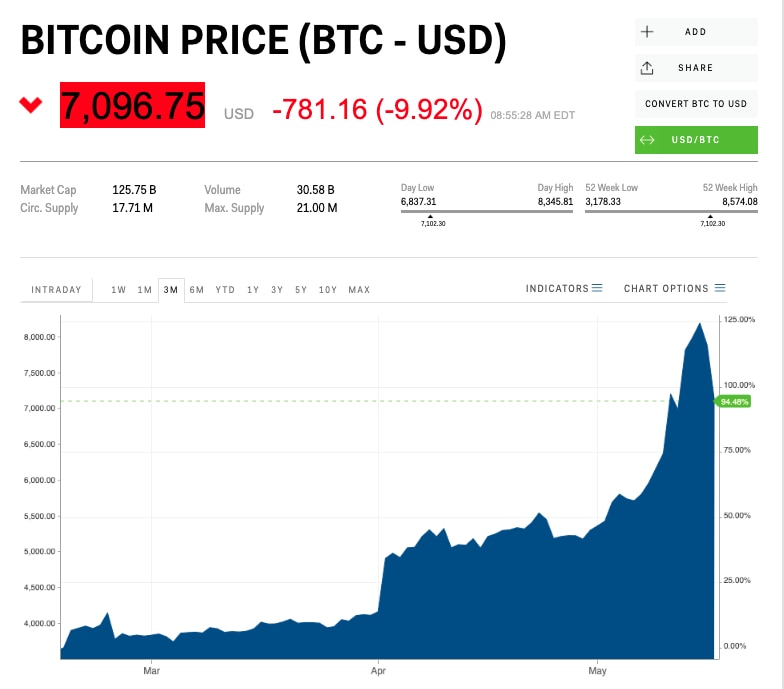 Bitcoin slumped more than 8% to below $7,200 on Friday as investors cashed out following the cryptocurrency’s breathless rise this year. The prices of other cryptocurrencies such as ethereum and litecoin slid by a similar amount, while bitcoin cash and ripple dropped around 12%.

The cryptocurrency’s latest tumble probably reflected profit-taking and algorithmic trading exacerbating the decline, said Jehan Chu, co-founder of Kenetic Capital, in an interview with CNBC. The total market capitalization for the cryptocurrency industry has shrunk by about 9% to around $225 billion in the past day, according to data from CoinMarketCap.

The price of bitcoin had surged to nearly $8,200 earlier this week, more than doubling its value since the start of the year. There are several theories about what caused the spike, including the US-China trade war, growing institutional interest, an exodus from risky “alt-coins,” a lawsuit against the owners of the Bitfinex exchange, and the hacking of the Binance exchange.

Given bitcoin’s sharp rise, “it is no surprise we have seen a small adjustment,” Marcus Swanepoel, CEO of Luno, a cryptocurrency company, said in a note. “Data will almost certainly show that a number of people who bought on the last major price rise will now be exiting at a price which covers their initial investment.” 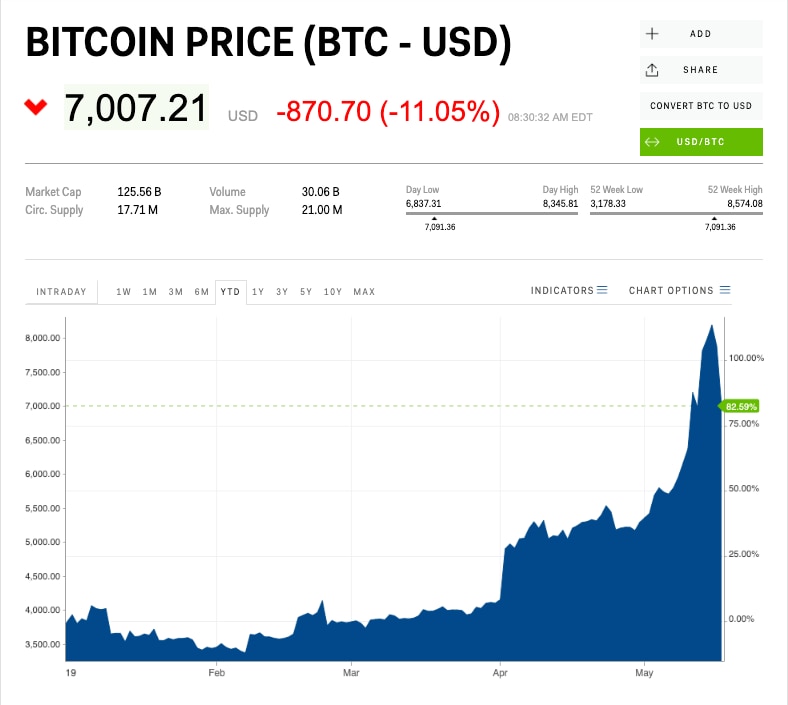