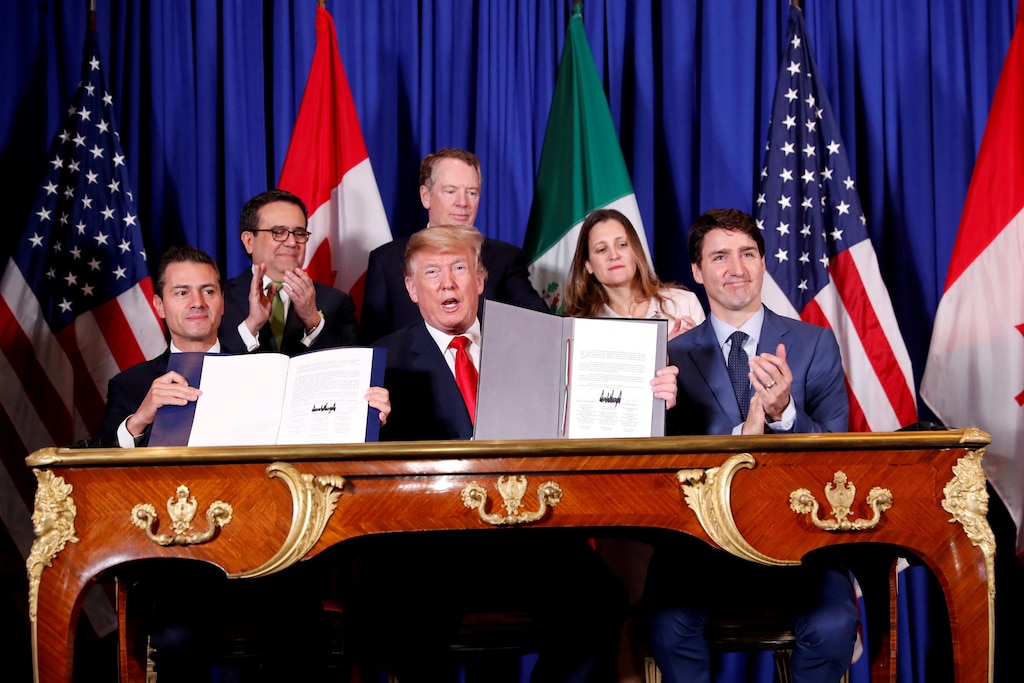 President Donald Trump on Friday announced the US would be removing metal tariffs on Canada and Mexico, clearing a major hurdle for a new North American trade agreement.

The announcement that Mexico and Canada would no longer face US tariffs of 25% on steel and 10% on aluminum, which were first announced in March 2018, came after Trump spoke with Canadian Prime Minister Justin Trudeau.

Mexico and Canada agreed to remove all retaliatory tariffs following the adjustment, according to the Associated Press, which was set to take effect within 48 hours.

The metal tariffs were levied in a bid to keep cheap material from flooding the US market, but the sweeping policy has drawn criticism from lawmakers who say it alienated allies.

Trade officials from Canada and Mexico had signaled that unless the tariffs were lifted, they would be reluctant to ratify an overhaul of the decades-old North American Free Trade Agreement reached last year.

Members of Congress have been trying to persuade the administration to shift focus to China, with some refusing to debate the newly branded United States-Mexico-Canada Agreement until duties on North American steel and aluminum are removed.

“I’ve met with congressional colleagues, as well as US, Canadian, and Mexican trade officials, to discuss how our nations will secure legislative approval of USMCA,” Sen. Chuck Grassley told The Wall Street Journal last month. “A significant roadblock is the administration’s tariffs on steel and aluminum and retaliatory Canadian and Mexican tariffs on US products.”

Uber is in its strongest…

SCOTT GALLOWAY: Dealing with the…

Dont be fooled by the…