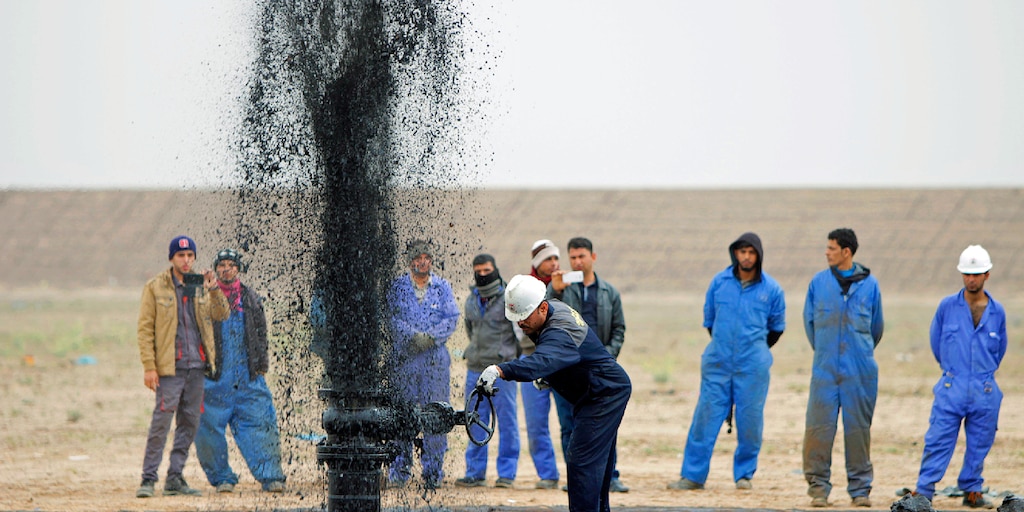 Crude-oil prices jumped by as much as 1.6% on Monday after US President Trump threatened the “official end of Iran” and oil producers signaled they would maintain supply cuts.

Responding to Iran’s suspension of its commitments to the nuclear deal it signed in 2015 and its threats to resume production of enriched uranium, Trump tweeted, “If Iran wants to fight, that wil be the official end of Iran. Never threaten the United States again!”

Meanwhile, Saudi Arabian Energy Minister Khalid al-Falih said there was consensus among the Organization of the Petroleum Exporting Countries (OPEC) and other oil producers to reduce crude inventories “gently” while remaining responsive to the needs of a “fragile market,” according to Reuters.

“Oil has already rallied around 40% since the start of the year, thanks mainly to OPEC limiting supply,” said Jasper Lawler, head of research at London Capital Group. “Add into the equation rising Middle-Eastern tensions as Iran retaliates to US measures, and oil looks well supported at these levels.”

Stock markets were muted as traders waited for the next twist in the US-China trade war. Following the Trump administration’s blacklisting of Huawei last week, Google has suspended most of its business with the Chinese telecoms giant, meaning future Android phones won’t have access to apps such as Gmail, YouTube, or Google Maps. China dismissed the US sanctions on Huawei as “petty tricks” last week, suggesting retaliation isn’t out of the question.