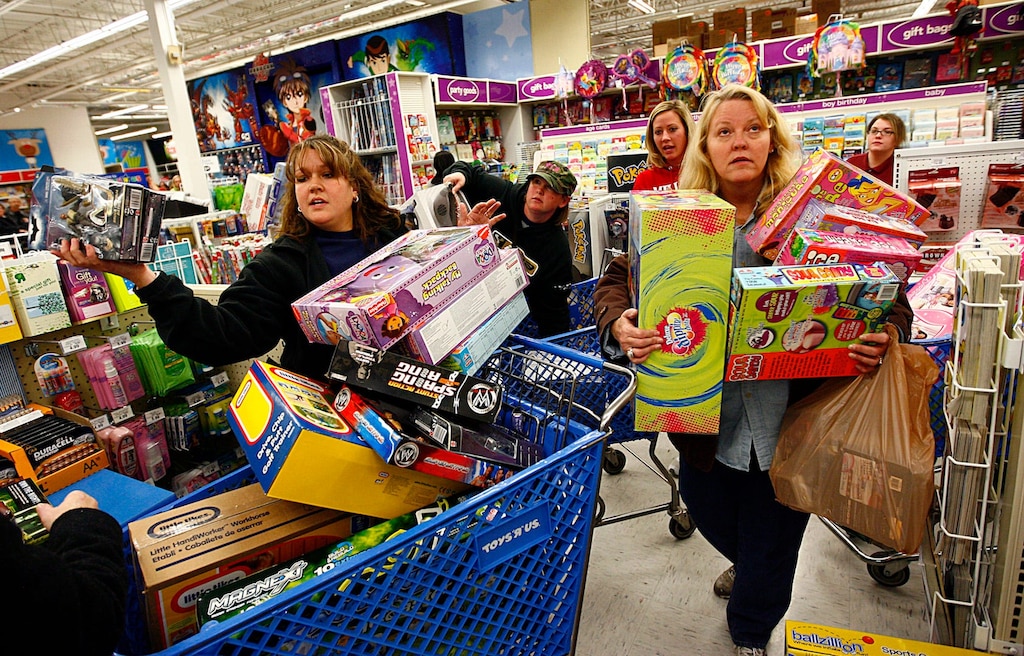 BAML’s consumer-confidence indicator slipped from what had been a rebound through the beginning of the month as US consumers reacted to the latest trade-war escalation, the firm said in a report to clients dated Friday.

A further downturn in confidence could have implications for consumer spending, which makes up 68% of the US’s gross domestic product, according to the Federal Reserve Bank of St. Louis.

“Confidence shocks matter,” the firm’s economists wrote. “Keep a close eye on confidence indicators. A protracted trade war could have a meaningful impact on consumer spending.”

“The confidence indicator started to slip lower on May 11th, coinciding with the announcement that the US will raise tariffs on imports from China to 25% from 10%,” the firm said. “Digging into the details we see that the deterioration in confidence was driven by a decline in both current conditions and expectations.”

On a more granular level, the current-economic-expectations indicator had rebounded back to its recent multi-month high before the latest trade development hit. Now, a short-term trade dispute could have a “meaningful, albeit temporary,” impact on spending, the firm noted.

Just look at what happened during the partial federal government shutdown earlier this year, which caused about half of its respondents to report some kind of pull-back in spending, BAML said. That coincided with a pullback in sentiment. 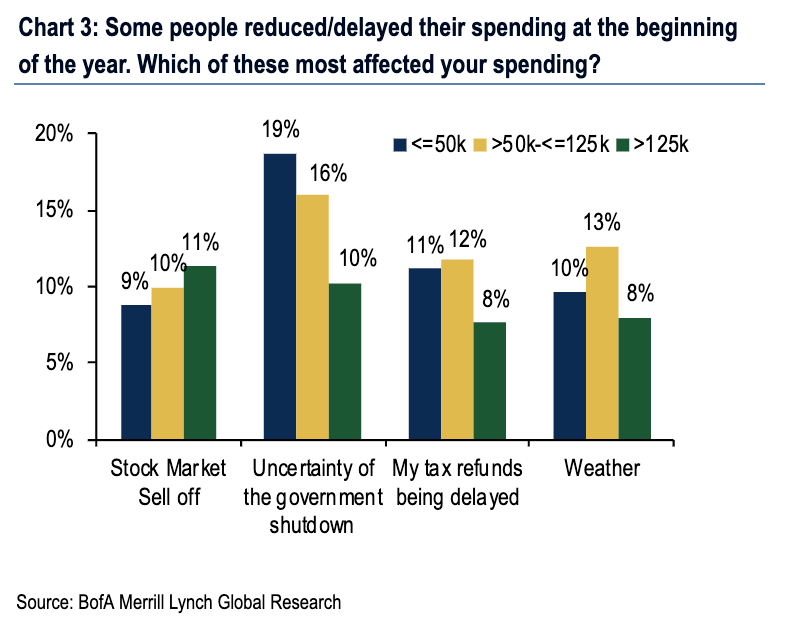 Take the closely watched University of Michigan’s Index of Consumer Sentiment, which soared to a 15-year high last week. While on its face the reading seems to suggest consumers have confidence in a trade resolution between Washington and Beijing, it is important to note that the it was conducted before the latest escalation.

“The gains were recorded mostly before the trade negotiations with China collapsed and China responded with their own tariffs,” Richard Curtin, the Surveys of Consumers chief economist, said in a release. “Nonetheless, the data indicate the corrosive impact of an escalating trade war.” The next University of Michigan reading is expected on May 31.

Others on Wall Street echo the sentiment that while the broader US outlook is on solid footing, trade-related uncertainty is not exactly welcome news.

The macroeconomic outlook in the US is supported by a “still-solid consumer,” but rising trade tensions place that at risk, Deutsche Bank strategists wrote in a note to clients Monday.

“Though consumer spending has moderated, the strong labour market points to a rebound,” they added.

Tesla plunges to 2.5-year low after analyst who cut his price target for the 4th time this year warns it’s facing a ‘code red situation’