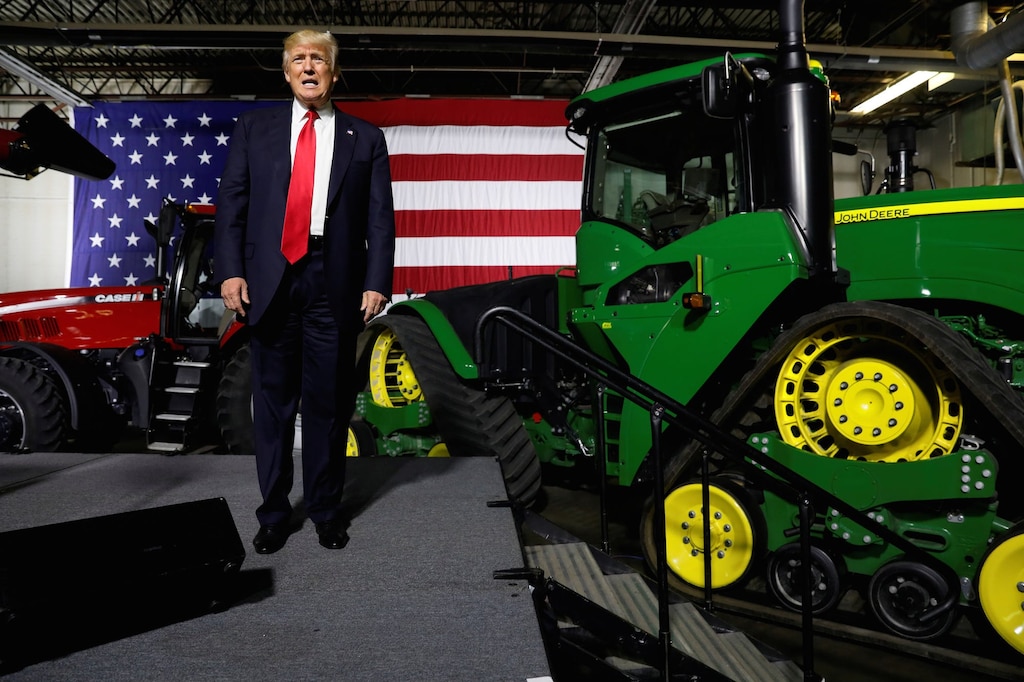 The Trump administration on Thursday was set to roll out a second round of aid for farmers who have been stung by its yearlong trade war with China, bringing the price tag of bailout efforts so far to about $28 billion.

“Some of this $16 billion is going to be used for market access programs to go and build markets elsewhere,” Agriculture Secretary Sonny Perdue said Thursday in an interview with Fox Business Network ahead of an anticipated formal announcement from the Trump administration.

The new package was expected to resemble a $12 billion aid package announced last year, which provided direct and indirect payments to farmers after China placed retaliatory tariffs on agricultural products from the US. That move has blocked American farmers from one of their biggest customers, sending prices and exports of commodities sharply lower.

The Trump administration has been eager to assuage constituents across rural America ahead of the 2020 elections. Research suggests Republican counties have borne the brunt of the tariffs on $250 billion worth of tariffs from China and retaliatory measures targeting $110 billion in American products.

Trump has found support in his calls to crack down on certain policies from Beijing, such as state-funded subsidies that officials said have the potential to distort world markets.

But as tariffs cast a cloud of uncertainty on a second growing season, some farmers have grown frustrated at the dispute and negotiations that began last March. American agricultural exports are expected to fall by roughly $1.9 billion this year, largely because of retaliatory duties in China.

“Every time we turn around we feel like we’re getting closer to a deal and then nothing happens,” said Rob Shaffer, a soybean and corn grower in El Paso, Illinois. “So, I guess I’ve become immune.”