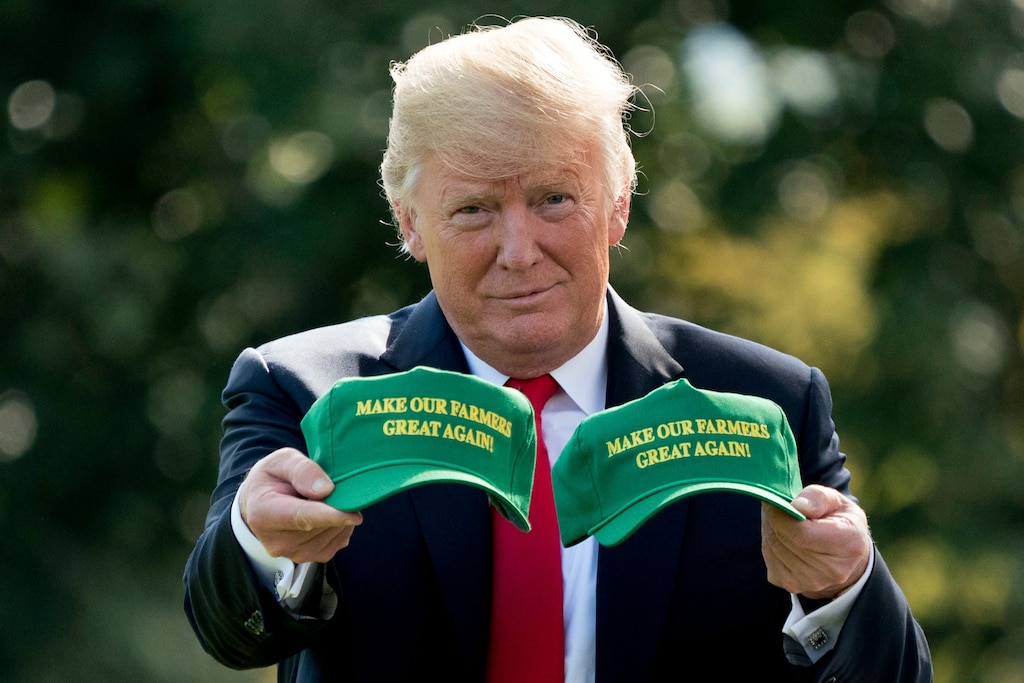 President Donald Trump once again on Thursday pushed what has emerged as a central message in his yearlong trade dispute with China, falsely claiming that foreign companies pay for tariffs.

Speaking to farmers and ranchers in the Roosevelt Room, Trump touted a $16 billion bailout package for the agricultural sector that his administration unveiled hours earlier. He claimed its funding “all comes from China,” even though study after study has found that Americans bear the costs of tariffs.

Trump also sought to walk back recent statements from within his administration that had contradicted that claim. White House economic adviser Larry Kudlow had last week acknowledged on Fox News that Americans pay import tariffs.

“In fact, Larry Kudlow was quoted but they didn’t have the second part of the quote, which was a very good quote,” he said. A spokesperson at Fox News did not immediately respond to an email requesting comment.

Too soon to say if…