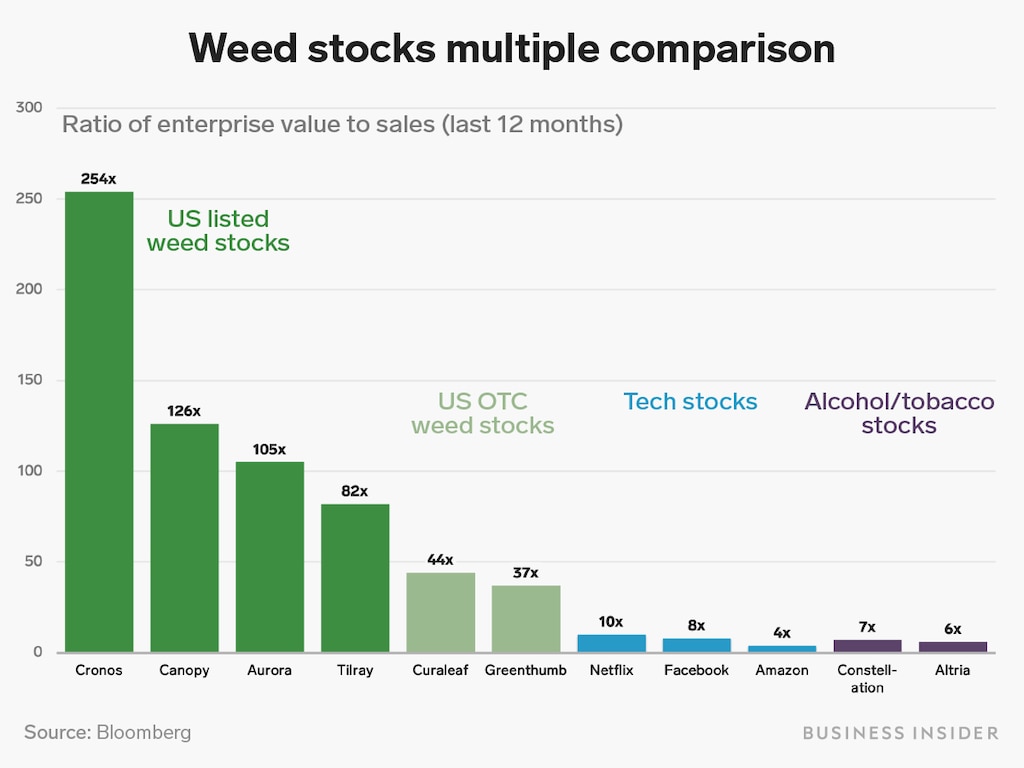 These valuations, of more than 100 times sales, which are rarely seen outside of highly risky biotech companies, indicate the largest marijuana companies will not be able to operate in the US market for the foreseeable future.

This is due to the fact that marijuana production, possession, and consumption remain a criminal act in the United States under federal law. The Controlled Substances Act of 1970 lists the drug in the most restrictive class, Schedule 1, as they have a “high potential for abuse” and “no currently accepted medical use.”

As such, US-listed companies like Aurora Cannabis and Canopy Growth, which command valuations as high as $20 billion, cannot operate in the US until federal legislation is passed to legalize the drug.

Many states have passed laws legalizing marijuana for medical use, but under current rules companies cannot be listed in the US while violating federal law. Because of these restrictions, the large US-listed marijuana companies cannot operate in those states and must restrict their activities to Canada.

Alternatively, several companies such as Greenthumb and Curaleaf trade over-the-counter listings while operating in US states where marijuana is legal. These companies must establish independent operations in each state as federal legislation prohibits the movement of marijuana across state borders.

That said, glimmers of hope exist for the sector with some prominent Republicans, such as former Speaker of the House John Boehner, now advocating for federal legislation. Under an agreement with Canopy Growth, Boehner would receive more than $15 million if legalization at the federal level was passed, according to a report from Bloomberg.

Despite the high valuations, corporations also see value in the sector. In particular, cigarette and alcohol companies are seeking to diversify their earnings stream should legislation pass. The cigarette maker Altria and Constellation Brands, which owns Corona beer, both made investments worth billions of dollars in the space. Altria invested $1.8 billion to become the largest shareholder of Cronos while Constellation invested $4 billion in Canopy Growth.

Individual investors, however, may lose patience with the sector should federal legislation not come to pass. Under this scenario, the stocks appear to have a long way to fall.