Latest News
Home /Corporate America is narrowly avoiding an earnings recession, but signs of weakness are lurking within the data 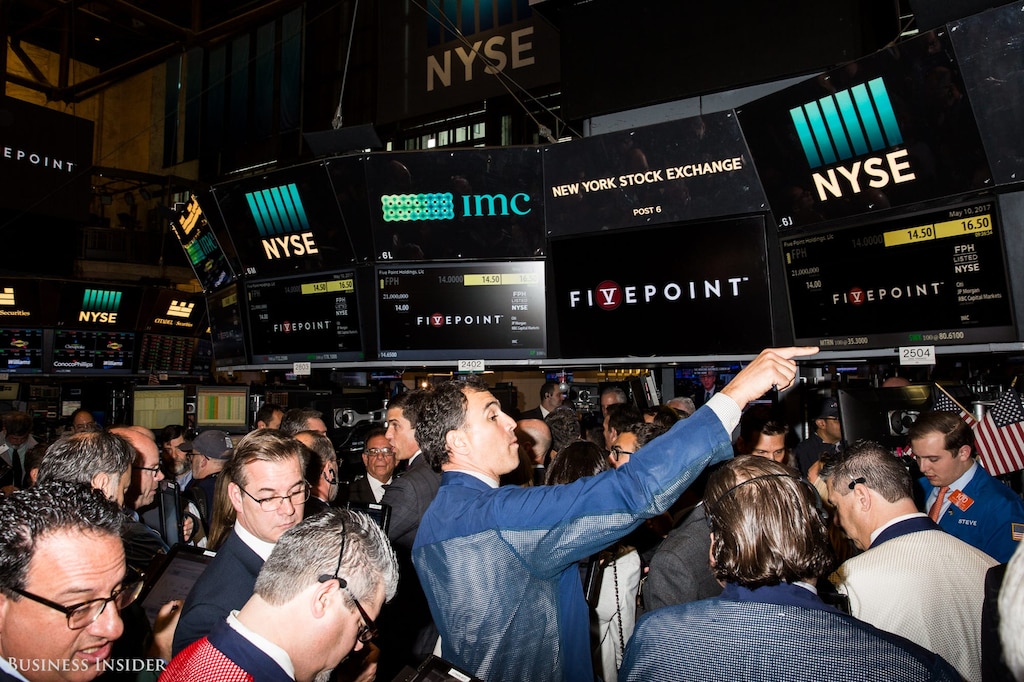 Public companies had a long list of worries in the first quarter.

The stock market was emerging from the severe late 2018 sell-off that gave way to a shaky start to 2019. Trade tensions between the US and China were simmering (and relations have only deteriorated since then). Signs of slowing growth were cropping up across the market at a late stage in the economic cycle.

Amid the waves of uncertainty, Morgan Stanley strategists told investors in February an earnings recession was imminent, defining that by two or more quarters of flat or negative growth. The consensus called for a 2.4% earnings-per-share decline, Credit Suisse said in early April.

Now with with nearly all of S&P 500 companies’ results in the books this week, the numbers have come in slightly better than expected.

A bottom-line downturn appears likely to be narrowly avoided with a first-quarter earnings gain of 1.5%, according to Bloomberg data. That’s compared with a rise of about 0.5% for companies in Europe, Australasia, and the Far East (EAFE), per Credit Suisse.

So the headline numbers look alright. But a closer analysis reflects fragility under the surface as investors and companies alike grapple with slowing global growth and the perpetual uncertainty of US-China trade negotiations.

“While the approximate 1.5 percent year-over-year earnings growth for the first quarter is above expectations, it pales in comparison to the double-digit year-over-year growth rate experienced over the past two years,” Terry Sandven, the chief equity strategist at US Bank Wealth Management, told Markets Insider.

Growth ‘pales in comparison’ to prior quarters

While the first-quarter’s earnings growth is the 11th-straight quarterly year-on-year rise, that’s a significant decline from the fourth-quarter’s 16.8% rise and the third-quarter’s 28.4% growth, according to a Yardeni Research report.

Meanwhile the firm said just six of the S&P 500’s 11 sectors have reported positive year-on-year earnings growth — with only one rising at a double-digit percentage rate. That compares with a respective 10 and seven sectors in the fourth quarter.

More granularly, real estate and utilities are the only sectors to have recorded stronger quarter-over-quarter growth.

Read more: Trump’s tariffs are inflicting pain and uncertainty across the market. Comments from very different American companies show how.

And notably, earnings growth is trailing sales growth for the first time since the first half of 2016, a particularly volatile period for the financial markets, according to Yardeni Research.

S&P 500 sales have increased by 4.4% during the first quarter compared to the same period last year, with sales in the healthcare sector leading the pack, according to Oppenheimer. 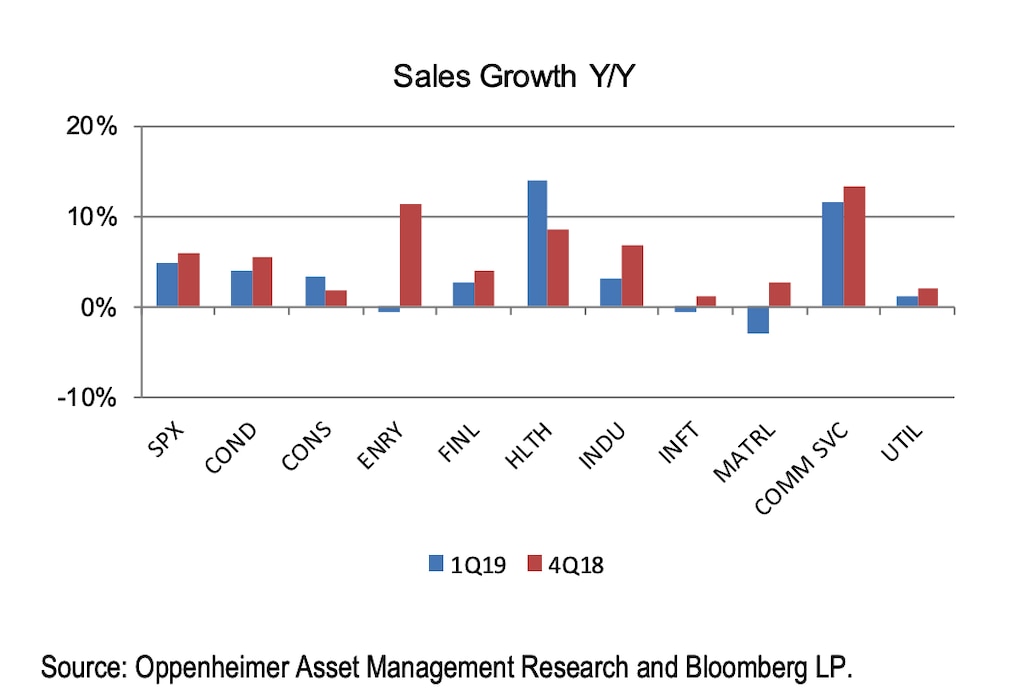 That compares with profits growth of a tepid 1.5% compared to the same time last year. 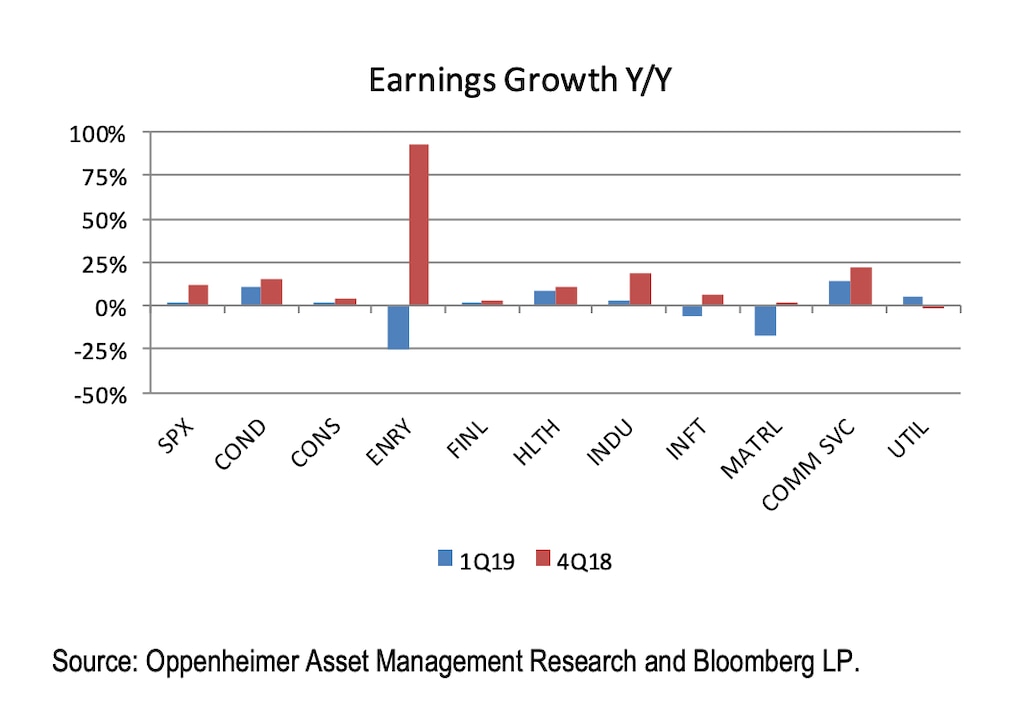 And Morgan Stanley strategists, led by Michael Wilson, aren’t backing off their call for an earnings recession.

“With ‘Better than Feared’ 1Q earnings now complete, our concerns about a 2H recovery remain,” the strategists led by Wilson wrote in a Monday report.

When all is said and done it looks like first-quarter earnings-per-share growth will have declined 43 basis points, according to Wilson. He maintains broadly cautious about the stock market and has a year-end target of 2,750 on the S&P 500, just 0.8% below current levels.

“We continue to recommend a combination of defensive and reasonably priced quality stocks at this stage of the economic and volatility cycle,” they wrote. “However, we expect the winners to get narrower as volatility picks up.”

They think the next bout of volatility in the equity market will come from “weaker growth and earnings misses from stocks that are not priced for it.”

Beyond Meat is leaving Uber and Lyft in its dust. Here’s how 2019’s mega IPOs have performed so far.