Latest News
Home /The three most dangerous words on Wall Street keep coming up. Even stock-market bulls are worried. 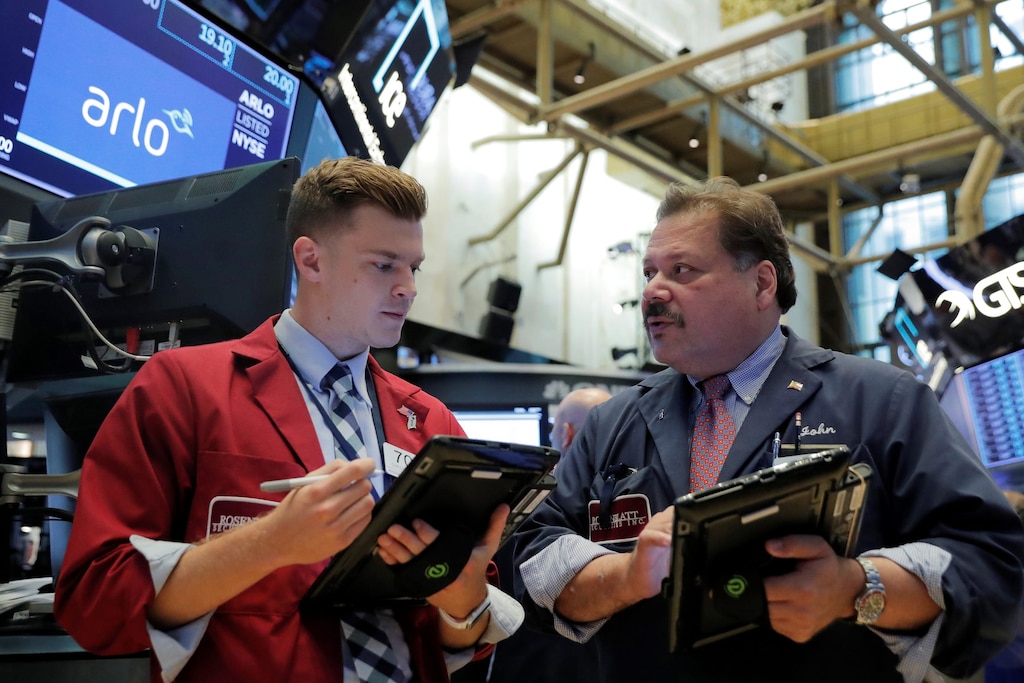 The three most dangerous words on Wall Street keep popping up, and stock-market bulls should be worried.

“‘Different this time,’ the three most dangerous words in the financial lexicon,” wrote Michael Darda, chief economist and market strategist at MKM Partners in a note out Tuesday.

Still, consensus among equity strategists is that there is no cause for alarm, shrugging off the inversion of the yield curve, which has typically been a signal that a recession is ahead. In the last month, three bullish strategists raised their price targets.

The 10-year yield has now traded below the 3-month yield for three weeks, flashing a long-watched historical sign that a recession is looming. On Tuesday, the spread fell to a low of -14.26 basis points, its most negative since August 2007. This is the first time an inversion has happened for such a long period since before the financial crisis.

While bond investors have been bearish on the economy, due to the inverted yield curve, equity investors have been bullish, sometimes pointing to other economic factors or the impact of quantitative easing, when a central bank adds to the money supply, as reasons the inversion shouldn’t be seriously watched. But now, an increasing amount of equities analysts are sounding the alarm.

The yield-curve inversion has grown amidst increasing tension around the China trade war. There is worry about global growth, and macro data is showing signs of a weakening global economy. In the United States, the Federal Reserve may cut rates this year to keep the economy in check.

“We are moving in the wrong direction,” wrote Darda. “The old adage of an ounce of prevention beating a pound of cure applies here.”

Darda argues that the economy is slowing, and that the Fed needs to take careful action to keep it on an even keel. That may mean cutting rates, if economic momentum continues to slow and the outcome of the US-China trade war is a negative one.

While the trade war has certainly had an impact on yields, it is not the only worry according to Morgan Stanley. “Economic data around the world have come in weaker than expected, led by Europe and Asia, including China,” wrote team of strategists at Morgan Stanley led by Mike Wilson in a May 28 note.

The latest round of economic releases showed disappointing numbers in April, before trade tensions re-escalated in May, the strategists said. And weak earnings numbers in the first quarter of 2019 show that companies are lowering their expectations about year-long growth.

When the 3-month and 10-year yield curve last inverted in March, it was dismissed by many who argued “this time is different.” Tom Porcelli, chief economist at RBC said the inversions do not follow the historical pattern that would signal a recession.

“The problem with the current inversion and the historical record is that the yield curve at present is not a referendum on the path of economic growth in the United States, but rather a function of goings on globally,” he wrote.

“Yields have become more a function of global growth dynamics and indeed have become anchored to low/negative sovereign yields abroad.” Instead of a recession, an asset bubble is more likely, he said.

Others argued that quantitative easing was driving yields and that the duration of the inversion — then only a week — wasn’t long enough to spark warning.

Strategists at Morgan Stanley decided to investigate this claim to see how much of an impact quantitative easing and quantitative tightening had on the yield curve. They built a model that adjusts for QE and QT and found that an inversion actually started in November, when controlling for the factors that might make this time different.

Read more: MORGAN STANLEY: Here’s why it’s too late to prevent the next recession, even if a final trade-war resolution is reached

The model “suggests the “shot clock” started 6 months ago, putting us “in the zone” for a recession watch,” the strategists said.

Darda also argues against the idea that quantitative easing is driving yields, pointing out that the Fed has raised rates and reduced its balance sheet by more than $600 billion.

To be sure, many analysts disagree about this yield curve inversion being cause for much alarm. The widening of the gap between the 10-year and three-month inversion is due largely to the rapid decline of the 10-year.

“This is unusual,” analysts at Fundstrat wrote on Wednesday, referring to the decline in the 10-year yield. Still, they argue that while the inversion should be respected, investors are overreacting. Because the gap is caused by the 10-year falling below the three-month, it does not signal a recession, they wrote. If the inversion were to happen with the three-month climbing above the 10-year, that would be a sign that a recession is on the horizon, they said.