In a surprise move, the telecoms industry may be Amazon’s next target.

The e-commerce giant is reportedly considering a purchase of prepaid wireless carrier Boost Mobile from T-Mobile. The news was first reported by Reuters.

Amazon is in discussions to purchase Boost Mobile from T-Mobile for between $3 billion and $5 billion, according to  the Reuters report from Angela Moon, Sheila Dang and Diane Bartz, citing sources familiar with the matter. The deal may include the sale of wireless spectrum, which is required to carry data over the air.

Under the proposed transaction, Amazon would have to use of T-Mobile’s wireless network for at least six years. Amazon and T-Mobile did not comment on the matter.

The Department of Justice has pressured T-Mobile to divest assets ahead of its proposed merger with Sprint. Currently, the DOJ does not support the merger. The deal, which has been years in the making, would join the third- and fourth-largest US wireless carriers. Both have lagged in profitability behind industry giants Verizon and AT&T.

The merger is so important to T-Mobile and Sprint that they would risk inviting a fierce competitor into the industry. Amazon has disrupted a series of other industries, including retail and groceries while also creating others, such as cloud computing and smart-home devices such as Alexa.

The transaction could be a game-changer for the wireless industry, with Amazon utilizing Sprint’s 2.5Ghz high-bandwidth spectrum. By accessing this powerful network, Amazon can provide telecom access to Alexa and FireTV customers. Currently, these devices must be powered by WiFi or third-party networks.

An inclusion of the product in Amazon Prime subscriptions, which is not necessarily on the table, would be hugely disruptive to the wireless industry’s pricing and competitive dynamics.

“Prices in the US are double most of the industrial world’s,” noted Oppenheimer equity analyst Tim Horan in a research report. “So, we think this is a perfect market for Amazon to enter and to be disruptive.”

Both Verizon and AT&T were down 3% on reports of the deal. 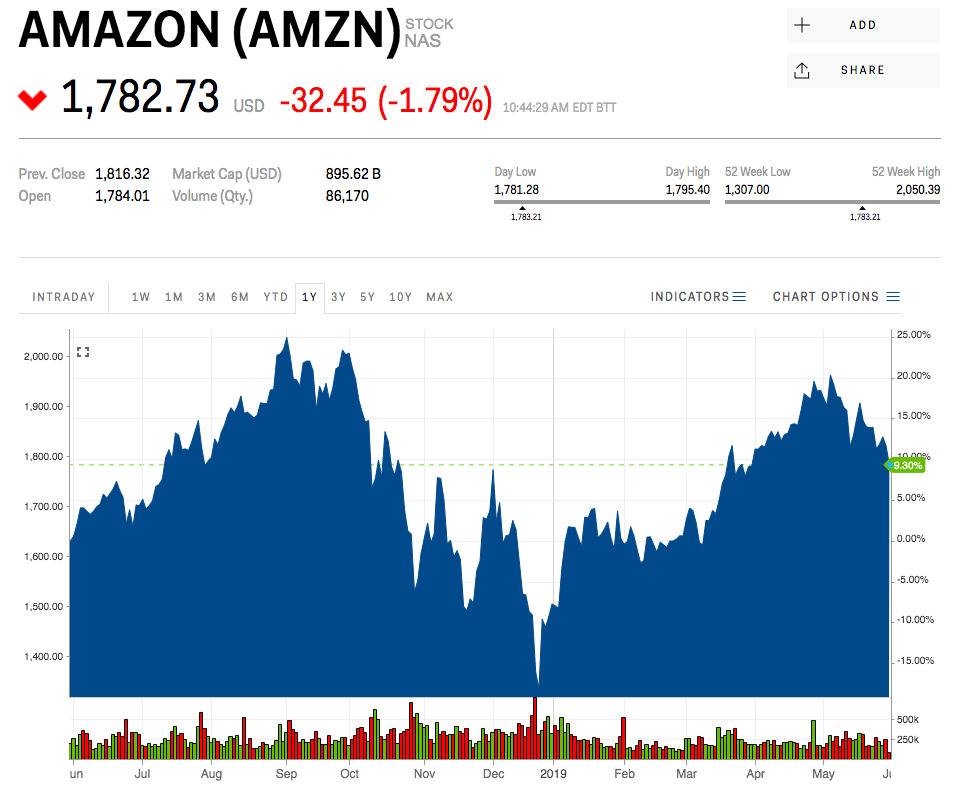