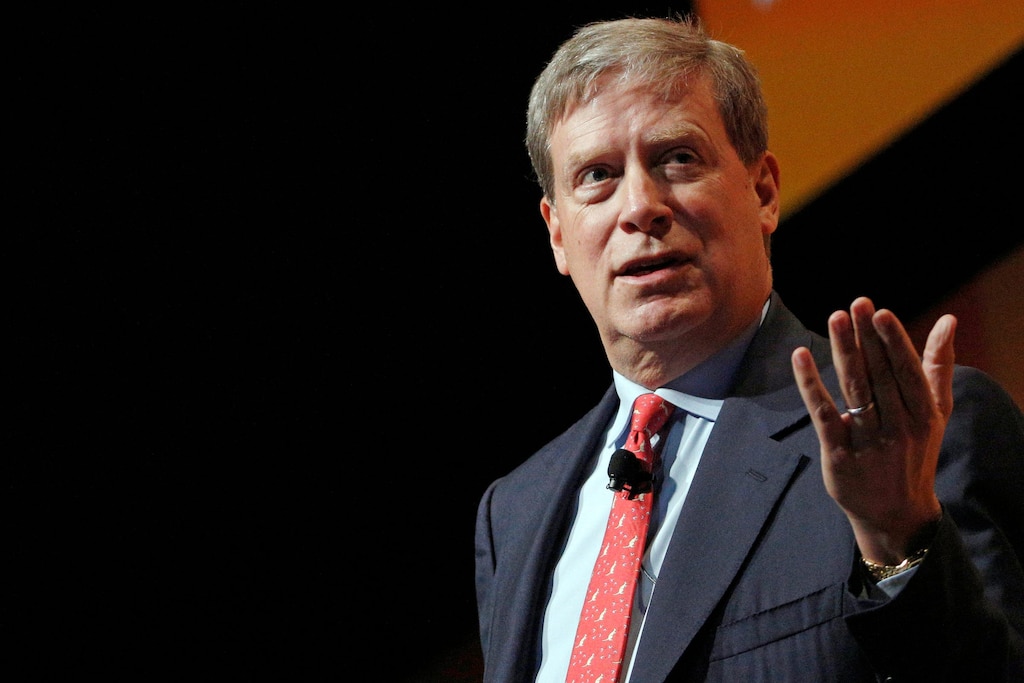 Stanley Druckenmiller put the brakes on his stock-market exposure following President Donald Trump’s May 5 tweet which raised the stakes in the trade war with China.

In a Monday interview, conducted by Scott Bessent of Key Square Capital Management at The Economic Club of New York, the billionaire investor detailed how he reduced his equity exposure to zero and went all-in on US Treasurys following Trump’s announcement of new tariffs on Chinese goods.

“When the Trump tweet went out, I went from 93% invested to net flat, and bought a bunch of Treasuries,” Druckenmiller said.

He has booked a significant gain on his Treasury position, with 10-year yields falling to 2.13% from 2.53% the day of the interview. The benchmark yield bottomed out at 2.06% on Monday. Druckenmiller said the position was meant to preserve capital rather than be an outright bet to make money.

In September, Druckenmiller warned of the potential for significant economic volatility ahead of the stock-market shake-out that occurred during the fourth quarter of last year. He noted that a decade of cheap money could set the stage for a financial rout should tighter monetary conditions suddenly emerge.

In Thursday’s interview, Druckenmiller avoided committing to a recession prediction, but also noted that the economic backdrop appeared ominous. In particular, he predicted that Trump might remain tough on trade to rally his base ahead of the 2020 presidential elections. This stance could push any resolution past the election, or beyond.

Despite this, he does not see Trump getting re-elected. Druckenmiller said the president could enact even more aggressive policies should his poll numbers drop. In this scenario, Treasurys are  “the best game in town” while gold, flat over the past five years, might also be attractive, he said.

Finally, the investor launched into a surprising attack on the growth of his former industry, saying there were too many funds producing mediocre returns. He recalled the early stages of the industry, when there were “eight to 10 savant superstars in the 70s and 80s” that justified “Rolls Royce fees”.

According to Hedge Fund Research, there are more than 7,000 hedge funds globally with over $3 trillion in assets under management. “We need to get back to like 200 or 300” funds, he concluded, saying most managers are not worth the fees.

Druckenmiller converted his hedge fund Duquesne Asset Management into a family office in 2010. He previously headed George Soros’ famed Quantum Fund for a decade while also running Duquesne, which he founded in 1981.