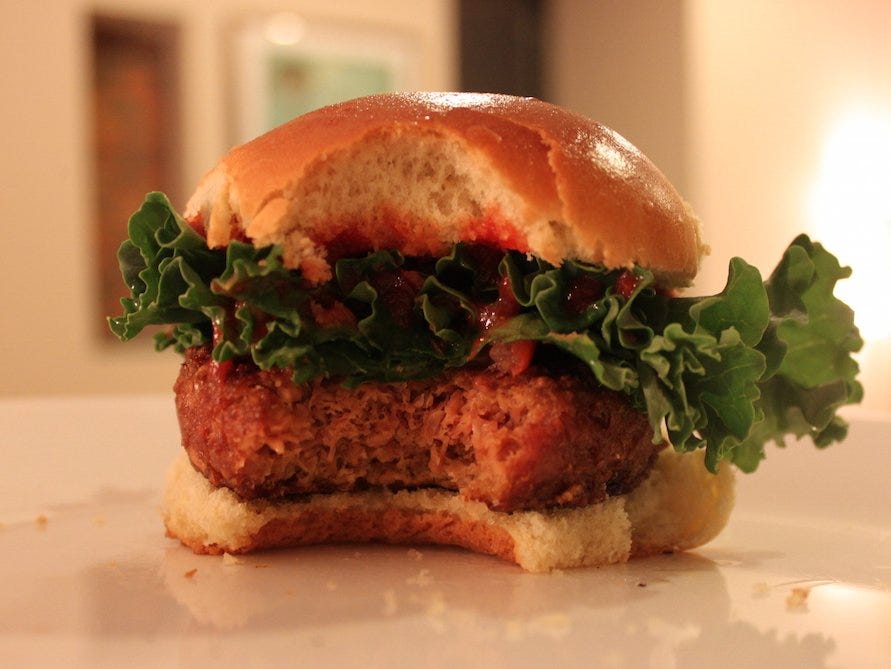 Competition is ramping up in plant-based protein.

Shares of Beyond Meat fell more than 5% in early Thursday after Tyson Foods announced it will launch its own brand of alternative-protein products, including plant-based nuggets and blended burgers made with beef and plants. The line, Raised & Rooted, will roll out nuggets to national retailers this summer and blended burgers in the fall.

This is the second large competitor that has jumped into plant-based meat alternatives, sending Beyond Meat shares lower. Beyond Meat shares on June 3 fell more than 7% after Nestle announced it will launch a veggie burger in the US this fall.

Plant-based protein is gaining popularity in the US, and is now offered in both grocery stores and at fast-food chains. The $14 billion market could balloon to roughly $140 billion over the next decade, according to a report by Barclays.

In addition to the products that are purely plant-based, Tyson is also expanding offerings of blended products. The Raised & Rooted blended burger will be made with Angus beef and pea protein, and will have less saturated fat and fewer calories than other plant-based burgers, the company said. Tyson will also offer fully-cooked sausage links and meatballs made with both chicken and plants such as chickpeas, black beans, quinoa, lentils, and barely through its Aidells Whole Blends line.

Beyond Meat shares are up 436% this year. 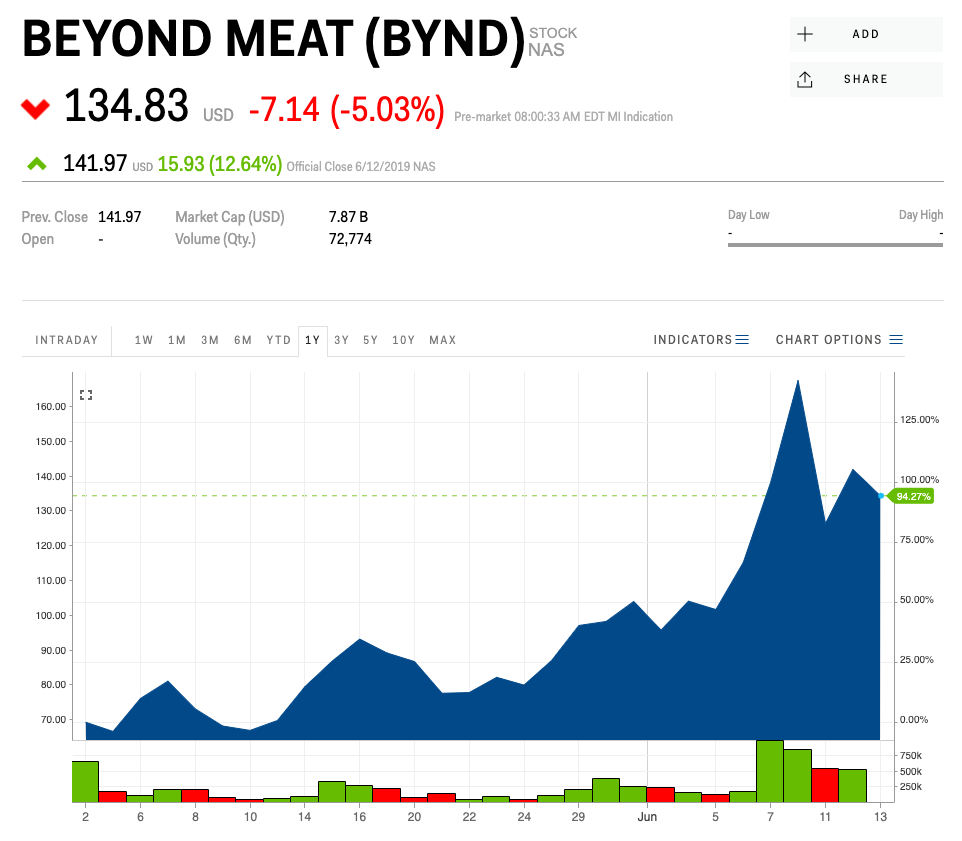