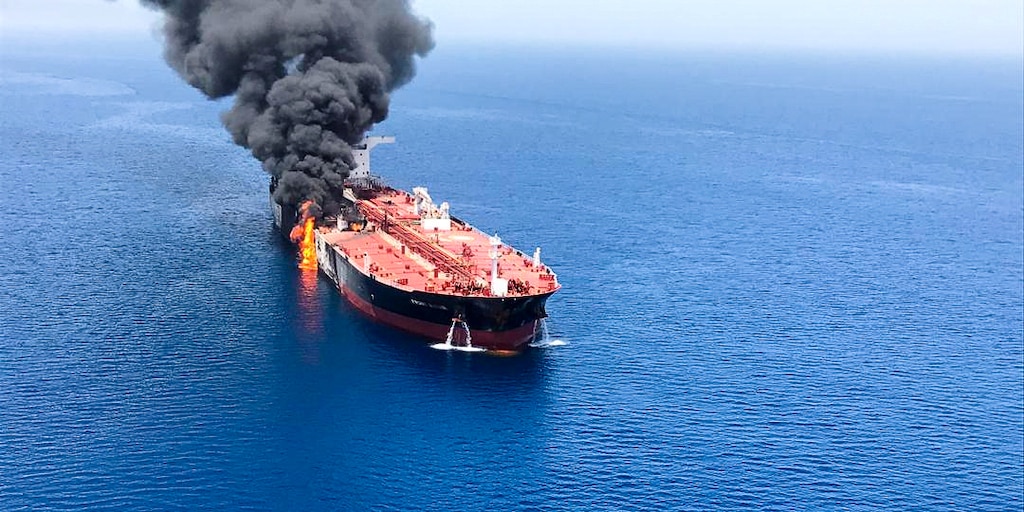 After sinking to a five-month low and surging almost 5% in the same week, oil prices on Friday were pushed and pulled between competing drivers of Iran tensions and a supply glut.

After crude prices slipped after a surprise increase in US oil inventories last week, the surged on Thursday following attacks on two tankers in the Gulf of Oman. Brent crude hovered at about $52 a barrel in London’s morning.

The US blamed the attacks on Iran, though Iran denied any involvement. The attacks raise the prospect of a US-Iran military showdown, experts warn.

Elsewhere in markets on Friday, futures on the tech-heavy Nasdaq are down 0.6% and European tech stocks are taking a beating after US chipmaker Broadcom warned of a demand slump resulting from trade war tensions and the Huawei saga. Broadcom shares are trading down 8.7% in US premarket.

“Two opposite forces are in game for oil traders: the global economic slowdown and rising stockpiles pressure the oil prices downwards, while the ongoing tensions in the Middle East push the prices upwards,” said Ipek Ozkardeskaya, senior market analyst at London Capital Group.

“But the wider picture suggests that the rising expectations of a Federal Reserve rate cut, the US sanctions on Iranian oil and an OPEC+ announcement to at least extend the oil production cuts beyond June could eventually give a short relief to the bulls.”