Latest News
Home /Trump told the US stock market exactly what it wanted to hear. Now its headed for its best day in 2 weeks. 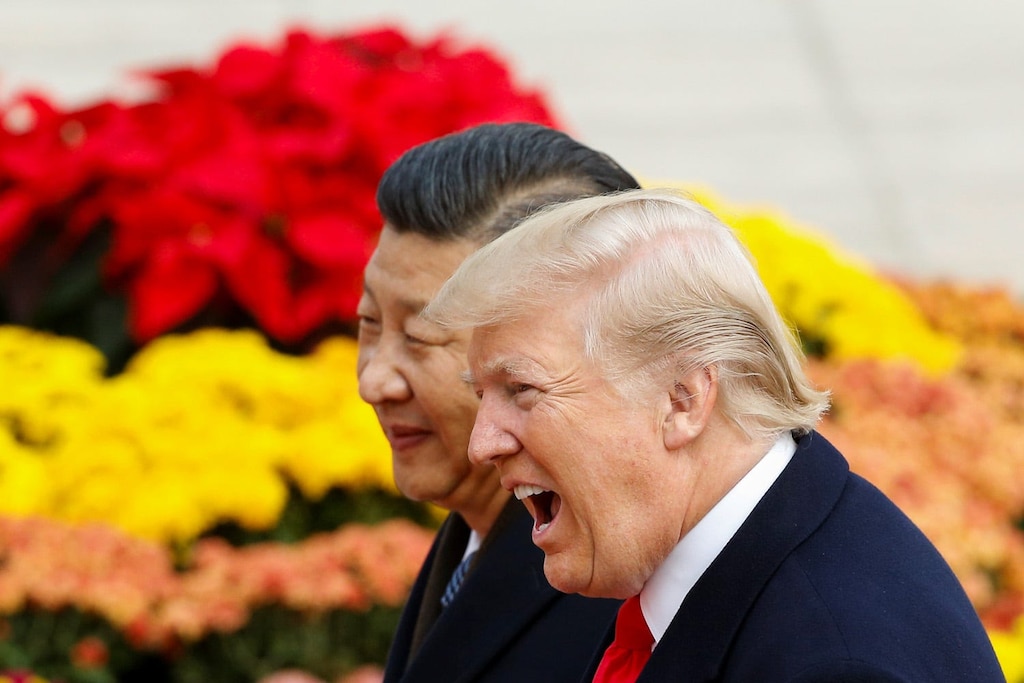 “Had a very good telephone conversation with President Xi of China,” he wrote on Twitter. “We will be having an extended meeting next week at the G-20 in Japan. Our respective teams will begin talks prior to our meeting.”

Equity markets in the US soared on that announcement, extending earlier overnight gains, as traders interpreted it as removing some worry that’s hung over markets for months.

The S&P 500 and Dow Jones Industrial Average both jumped by more than 1%, with the S&P now within 1% of its May 1 record high. The Dow rose nearly 400 points. Meanwhile, the Nasdaq Composite climbed almost 2% at its peak. All three major indices were on pace for their best respective sessions since June 4.

Trade tensions, big-tech regulation looming in the US, and a slowing global economy have all weighed on equities in recent months. With trade talks appearing to be on the table, at least for now, stocks are finding some reprieve.

Elsewhere, traders do not expect the Federal Reserve to cut interest rates at a two-day meeting ending Wednesday, though the market is anticipating a rate cut in July. Goldman Sachs strategists place the likelihood of a rate cut at the July Federal Open Market Committee meeting at 90%.

“With current dovish Fed pricing, potential policy disappointments increase the risk of rate shocks, especially given the strong equity performance this month, which was at least in part due to expectations for easier monetary policy,” the firm’s strategists wrote Monday in a client note.

West Texas Intermediate crude oil, battered since April and pushed into a bear market amid global growth and trade tensions, jumped by nearly 4%.

Several trade-sensitive US-listed stocks like Boeing and Micron jumped by nearly 4% and 6%, respectively. The broader semi space jumped along with it; the chip-tracking VanEck Vectors Semiconductor ETF jumped 4%.

Here’s everything you need to know about blockchain, the ground-breaking tech that could be as disruptive as the internet

A Wall Street investment chief overseeing $26 billion breaks down why recession fears are overblown, even as the market clamors for Fed relief