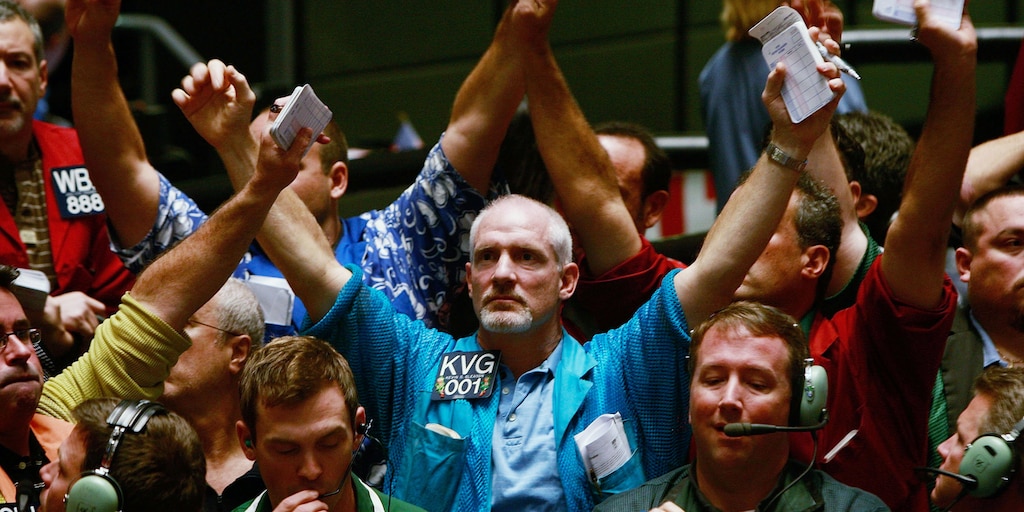 The S&P 500 surged to a record high on Thursday after the US Federal Reserve hinted it could cut interest rates as soon as next month to spur growth, even though the economy is expected to grow by 2.1% this year.

The large-company index jumped 0.9% to 2,953 — comfortably above its record close of 2,946 in April. Allergan stock leapt 6% on the prospect of the pharmaceuticals giant splitting up its business, while Adobe shares climbed 5% after the software group delivered an earnings beat. Discovery Communications, Ulta Beauty, and Nordstrom were also among the biggest risers with gains of about 3%.

“We can’t believe we are talking about a rate cut as soon as July, as the economy is NOT in a recession,” Steven DeSanctis, an equity strategist at Jefferies, said in a note to clients (the all caps was his). “Of the last five rate cuts, only ’95 was not associated with a recession.”

Yet Fed Chairman Jerome Powell pointed to economic “uncertainties” such as the US-China trade war that could worsen the global economic outlook. “The case for somewhat more accommodative policy has strengthened,” Powell said after the central bank cut its inflation forecast from 1.8% to 1.5%.

Market watchers were also concerned about the optics for the central bank, given recent clamoring from President Donald Trump and investors for rate cuts.

The “Fed looks like it is flip-flopping; changes its mind based not on economic data but on the caprice of financial markets; appears in thrall to the White House; and is therefore at a very serious risk of losing its credibility,” said Neil Wilson, chief market analyst for Markets.com.