Latest News
Home /A Wall Street firm surveyed 134 big investors about the economy and stock market. Their responses paint a scary picture for the future. 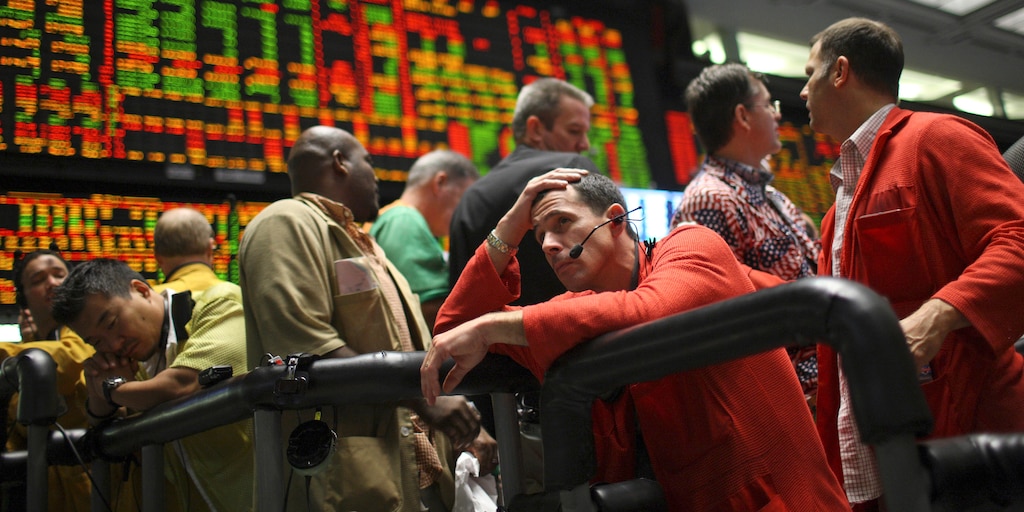 The stock market bears are coming back.

RBC Capital Markets released its June 2019 RBC US Equity Investor Survey, which polls 134 equity-focused institutional investors on their outlook for the market over the next six to 12 months. And it isn’t pretty.

The June survey saw a resurgence in bearish outlooks. According to the report, 40% of respondents said they were either bearish or very bearish, up from 24% in March.

“Views on the economy, valuations, margins and resolution of the China trade war all deteriorated in a sudden and significant way,” Lori Calvasina, the head of US equity strategy at RBC, said in an email to Markets Insider. “Investors heads are in a bad place again and there’s no single silver bullet, no one issue that can get resolved, to fix that.” 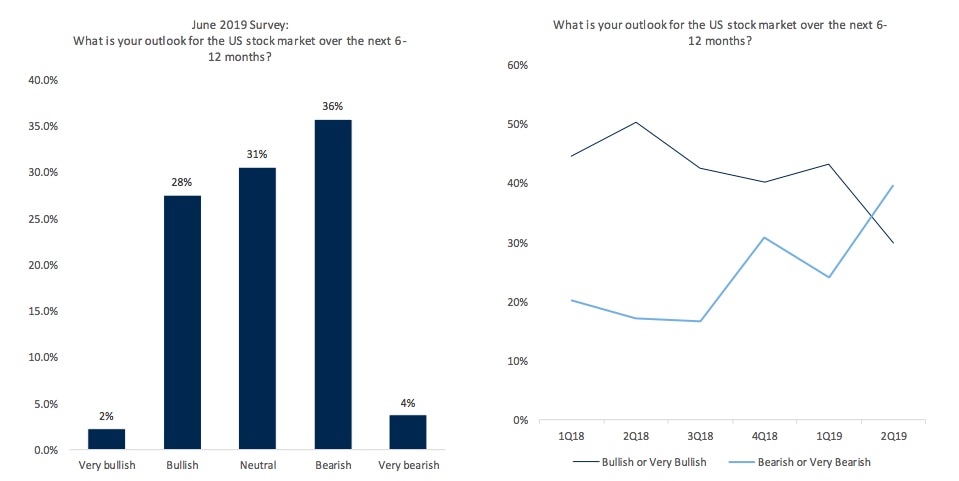 Here’s a rundown of the other topics surveyed by RBC:

Investors were also asked about their views on the overall economy.

“Pessimistic views on the economy are at the highest level we’ve seen since we started tracking the data in early 2018,” Calvasina said. “This is the first time we’ve seen the economic pessimists outnumber the economic optimists in our survey.” 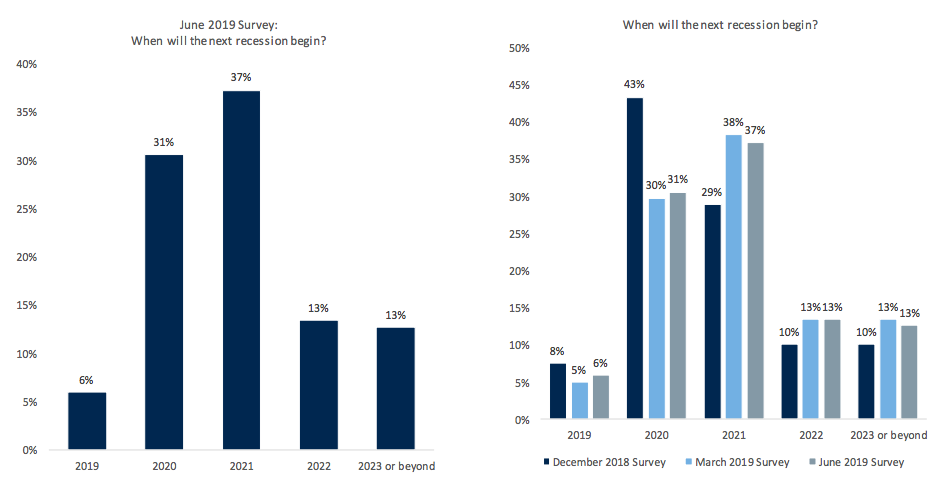 RBC’s study also found that investors are even more skeptical about company valuations than they were in the fourth quarter of 2018. Respondents who said they found current stock prices appealing dropped to 14% in the June survey. According to the report, money managers’ views on valuations started souring in the first-quarter survey.

Meanwhile, the S&P 500 hit a record high on Thursday after the Federal Reserve suggested it could cut rates as soon as next month.

“Valuation concerns among equity investors is clearly one of the reasons that bearishness on the overall market has spiked.” Calvasina said in the report. 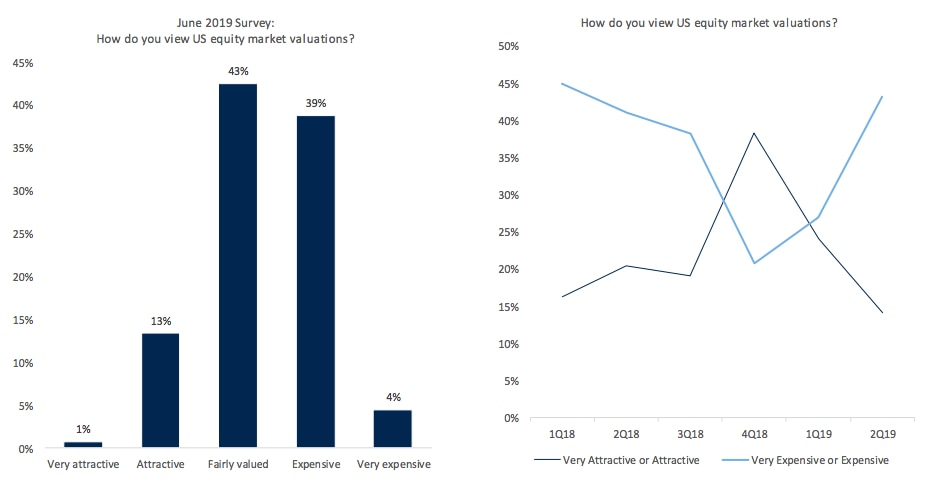 Investors involved in the survey also weighed in on political events such as the 2020 US Presidential election and the trade war with China.

More than two-thirds of the respondents believe Trump will be re-elected and 50% of them think Trump’s reelection would be either bullish or very bullish for the stock market.

Only 15% of those surveyed expect the US to secure a trade deal with China within the second or third quarter of 2019. The report noted that most of their survey responses were recorded before Trump tweeted on Tuesday that he would be meeting with Chinese President Xi Jinping at the Group of 20 Summit in Japan. 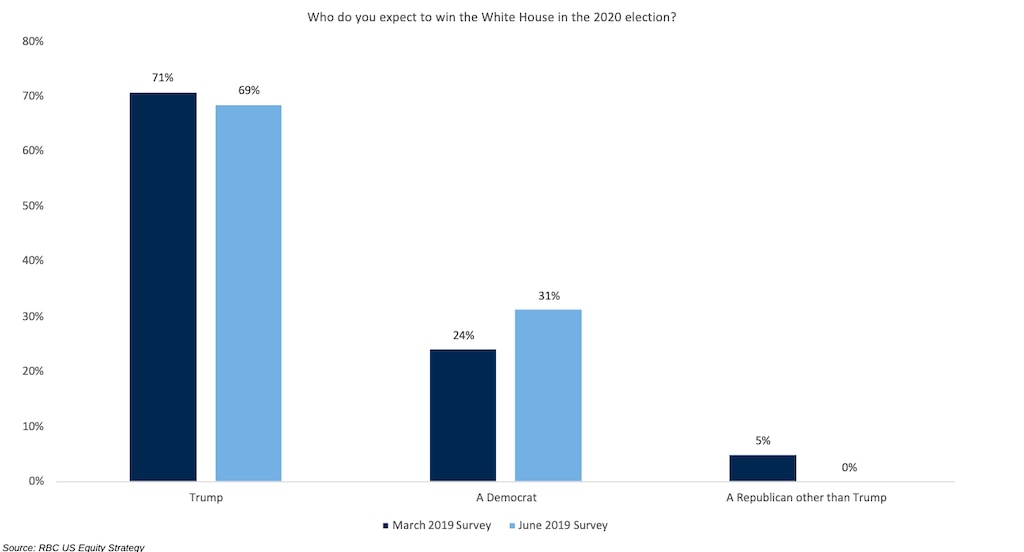 The survey also asked respondents what’s exciting or worrying them the most about the markets. The trade war, tariffs and Trump received the most mentions. During last quarter’s survey, the yield curve was the second most mentioned, while in the June survey it was only referred to once.

“What was also really revealing to me was what investors told us they wanted to buy, leaning into value, defensives and quality. Those are things investors buy when they are worried about the market these days, not excited.” Calvasina said.