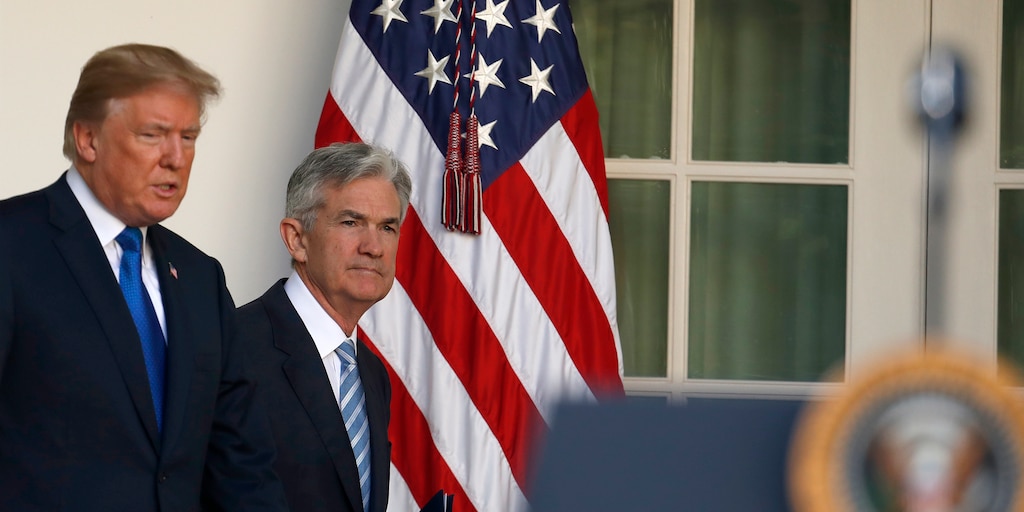 In the early 1970s, President Richard Nixon handily won another term in the White House after pressuring his Federal Reserve chairman to keep interest rates low. There was a catch, though: the American economy entered a decade of turbulence, plagued by periods of double-digit inflation.

That cautionary tale has long served to keep those in the Oval Office publicly mum on monetary policy — until recently.

For evidence of that, consider what President Donald Trump has done in the last year alone: He’s pressured the Fed to slash interest rates, reportedly sought to remove central bank chief Jerome Powell, and attempted to install political loyalists on its policymaking board.

Not to mention his ever-active Twitter account, his preferred vessel for delivering stinging messages to the Fed — specifically Powell.

“The Fed Interest rate way too high, added to ridiculous quantitative tightening!” Trump wrote on Twitter in early June. “They don’t have a clue!”

Why Trump and other politicians favor lower rates

Politicians often like lower interest rates because it means an expanded money supply. That gives people and corporations more purchasing and spending power, which gives the economy a lift. That, in turn, shores up voter support.

On the flipside, if the economy is overheating and inflation is threatening to run away, the Fed will raise rates and constrict the money supply. This is what Trump is hoping to avoid heading into 2020, even if it’s not necessarily the best outcome for the economy at large.

But economists say politicized central banks lead to high levels of inflation and eventually erode trust among investors and creditors.

“Mr. Trump has been attacking the Fed’s actions with more vitriol than any previous president in memory,” Steven Rattner, a Wall Street financier who was an Obama administration adviser, wrote in a recent New York Times op-ed. “We need to guard the independence of the central bank, the most important government institution that has not been divided by the deep partisanship so evident elsewhere.”

Trump continues to butt heads with Powell and the Fed

Trump has nevertheless stepped up broadsides on the central bank in recent weeks, as his trade policies threaten to hurt the American economy. He has even suggested Powell and his fellow officials should wield monetary policy to gain leverage in those disputes, which have dimmed outlooks for growth at home and elsewhere.

“They devalue their currency, they have for years,” Trump said of China in a CNBC interview this month. “It’s put them at a tremendous competitive advantage. And we don’t have that advantage because we have a Fed that doesn’t lower interest rates.”

Powell and the Fed defied those calls to a degree at the end of a two-day policy meeting Wednesday, but still softened language and signaled Trump will get the rate cut he so desires in July. That was reflected in its so-called dot plot, which showed policymakers were split on projections for the year.

Read more: The Fed just quietly acknowledged that it made a policy blunder last year — and escalated the stakes for investors as the next recession looms

Eight individuals saw at least one cut in 2019, while others thought policy should remain the same or even be tightened. Aside from below-target inflation readings and uncertainty caused by trade tensions, many aspects of the economy have held up better than expected.

“A rate cut now would give the perception that it was succumbing to pressure from the White House, and enabling Trump’s trade war,” said Kenneth Kuttner, a Williams College economist and former Federal Reserve staffer. “On the other hand, standing pat on principle would provoke intensified wrath … and potentially delay what would might otherwise be an appropriate response to weakening economic conditions.”

The market impact of this prolonged battle

For the time being, Trump appears to be winning his battle of wills with Powell and the Fed. And he’s getting a little help from both the stock and bond markets, which have been increasingly pricing in the possibility of rate cuts.

In fact, stocks reached a new record high last Thursday, a day after the FOMC’s latest statement. Economists surveyed by Bloomberg now think with 100% certainty that the Fed will cut interest rates by at least 25 basis points at the July 31 meeting.

The stock-market situation is ultimately a tricky one for Powell, whose hawkish comments in late December 2018 sparked the biggest equity sell-off in months and nearly ended the 10-year bull market. The Fed chair quickly capitulated in early January, setting stocks back on a record-setting trajectory.

Considering the Fed is supposed to be an independent body, the fact that stock investors appeared to wield so much influence struck some experts as odd.

As it stands, the Federal Reserve’s reputation as an independent institution is most at risk with casual observers, according to Josh Wright, the chief economist at iCIMS, a recruiting software company.

“They see the headlines, but they’re not picking through the legal arguments about precisely what kind of authority different officials have, nor are they picking through the Fed’s analyses and arguments to determine whether and to what extent its policies are being influenced by politicians,” he said.  “The risk is that, over time, that erosion spreads.”