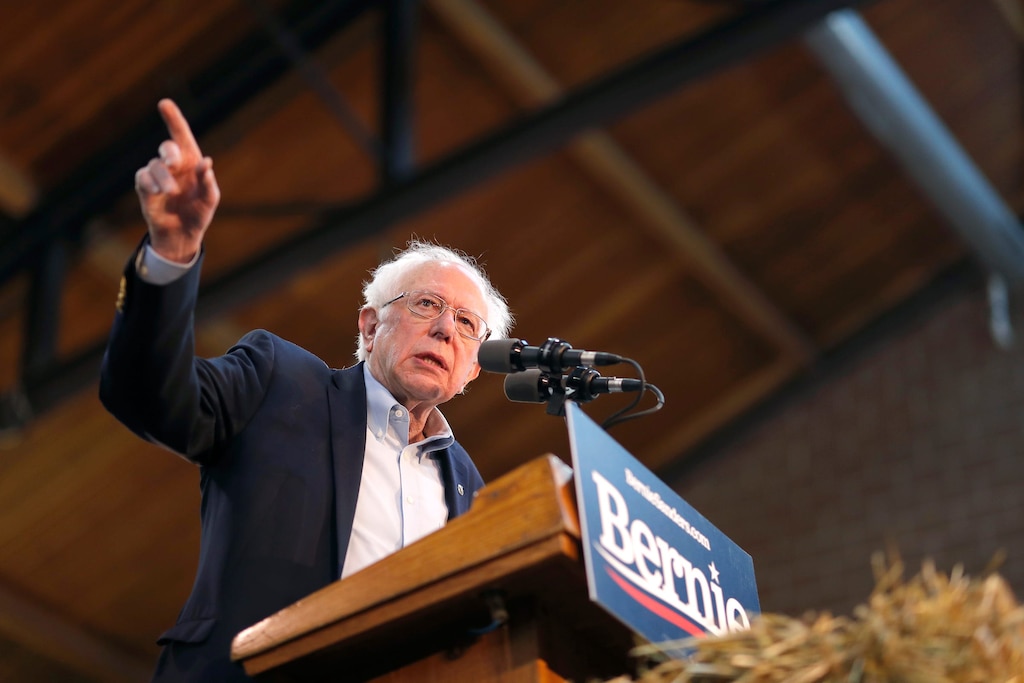 Wall Street should pay for student loan debt relief, at least according to Bernie Sanders.

The Vermont senator and 2020 presidential hopeful is set to release a plan Monday ahead of the Democratic debates later this week that would propose cancelling the outstanding $1.6 trillion of student loan debts held by 45 million Americans in the US.

Sanders proposes doing this by including a 0.5% tax on stock transactions, a 0.1% tax on bond trades, and a 0.005% tax on derivatives transactions. The plan would generate roughly $2.2 trillion over a 10-year period, which would be used to service outstanding student debt.

This is not the first time that Sanders has suggested taxing the street. He also proposed a similar plan with a financial-transaction tax during his 2016 presidential campaign. The idea to tax markets is supported by the research of Robert Pollin, a progressive economist. Pollin’s research indicates that taxing trades could generate $220 billion per year, about 1.2% of US GDP. 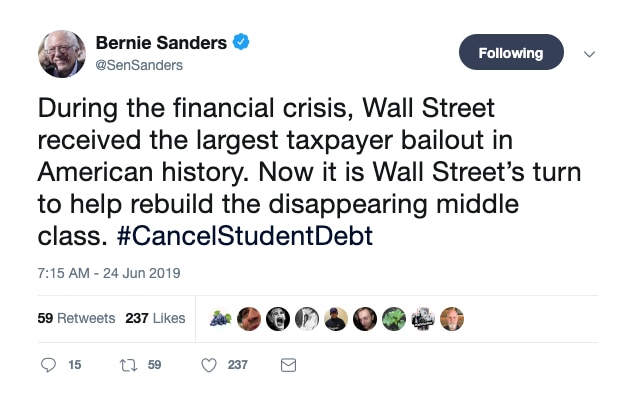 Sanders’ bill is so far the most ambitious and expensive plan to wipe out student loan debt. Senator Elizabeth Warren – also in the midst of a 2020 campaign – released her own plan, which is estimated would cost $1.25 trillion over the next ten years. It would cancel $50,000 in student loan debt for people with household income under $100,000 and offers “substantial” debt cancellation to people who make between $100,000 and $250,000 per year. Those who make over $250,000 per year wouldn’t qualify.

Representatives Ilhan Omar of Minnesota and Pramila Jayapal of Washington will introduce the plan to their own chamber Monday. The legislation would also include free college for state institutions – $48 million would be allocated each year to erase undergraduate tuition and fees at public schools.