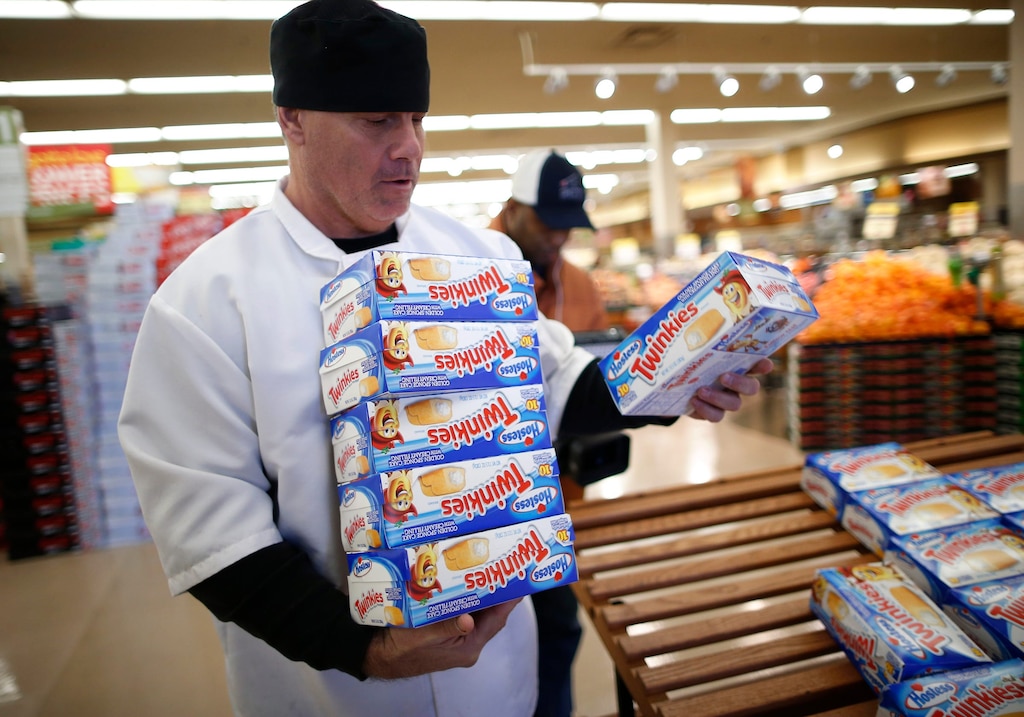 Breakfast is the most important meal of the day, even if you’re a snack company known for Twinkies.

Shares of Hostess Brands gained as much as 3%, up $0.42, on Monday and traded at their best levels in a year after the UBS analyst Steven Strycula upgraded the stock to “buy” from “neutral.”

The stock was upgraded based on Hostess’ expansion into breakfast products, increased shelf space at Walmart, and the growing snack business. This was the third new “buy” rating for Hostess this year.

In addition to the upgraded rating, Strycula increased the price target for Hostess to $17 from $14. The stock is now slated to outperform and could see as much as 25% upside, Strycula said.

The rosy outlook for the company comes amid disruption in the US packaged-food industry. Most companies are dealing with shrinking sales numbers as consumer tastes shift toward products with less sugar. In addition, shareholder activism is driving the industry to address issues such as wellness. Still, Hostess has found success in sweet baked goods.

Hostess expanded into breakfast foods by purchasing the Chicago-based Cloverhill Bakery in 2018, an acquisition UBS expects to deliver a $40 million EBITDA contribution by the end of 2020. The bakery produces pastries such as Danishes, cinnamon rolls, crumb cake, cake doughnuts, and honey buns that are often found in vending machines. The most popular product Hostess gained from the purchase is the Big Texas cinnamon roll.

“We believe breakfast and indulgent premium snacking are strategic growth platforms over the next few years,” Andy Callahan, Hostess’ CEO, said on a May 8 call with analysts. Breakfast pastries represent a $1.4 billion market in retail sales in the US, Strycula wrote in his note.

Consumers have responded positively to the new products. Hostess sales have increased across the board and also notably at Walmart, its largest customer, which accounts for 21% of its sales mix, according to Nielsen data. Beyond growing sales, Hostess is also increasing its market — its share of the US snacks business has increased to more than 18% in 2019, from 15.4% in 2015.

Shares of Hostess are trading up 30% year to date. 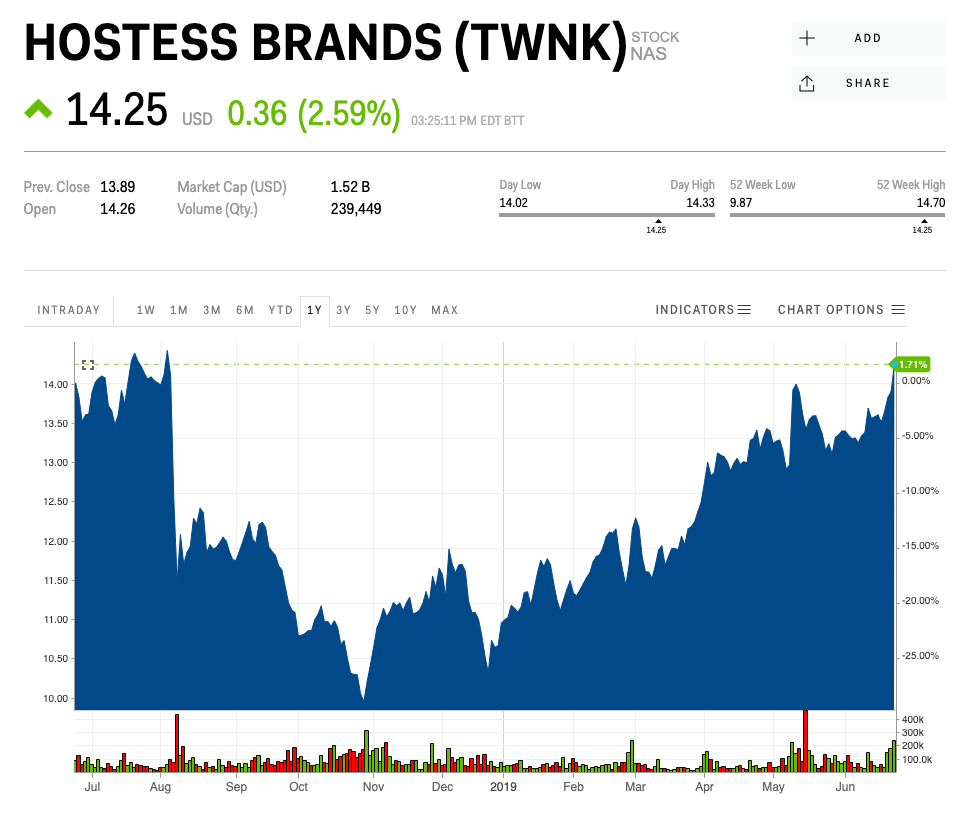