Latest News
Home /Trump lashes out at the Federal Reserve yet again, comparing it to a stubborn child 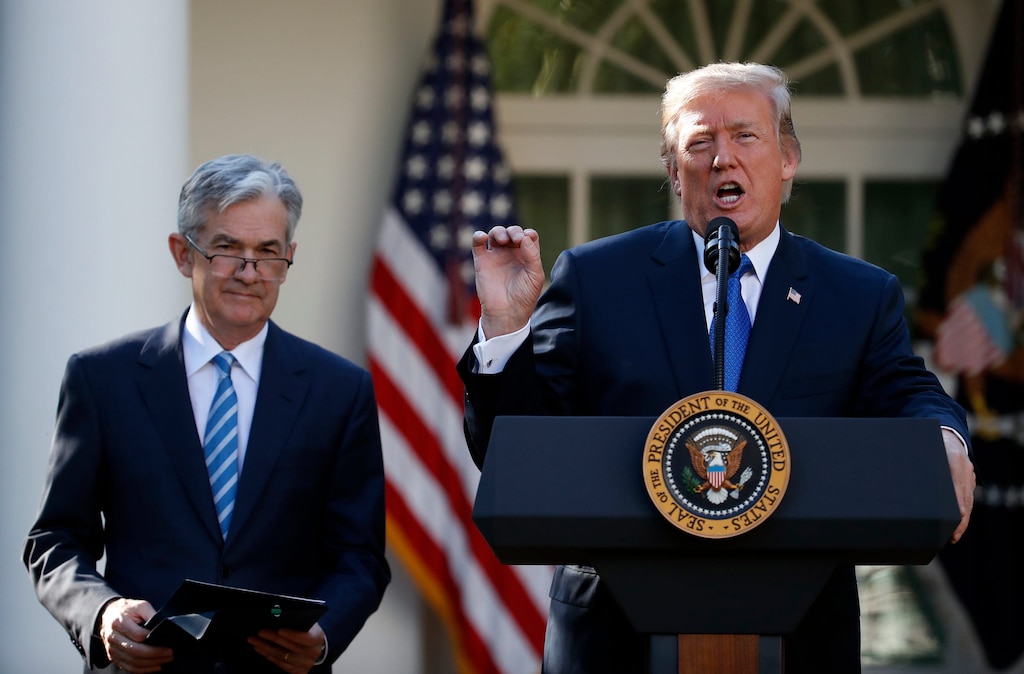 President Donald Trump took aim at the Federal Reserve in a series of early morning tweets on Monday, claiming that the central bank was behind a cooling global economy and urging officials to lower interest rates.

“Despite a Federal Reserve that doesn’t know what it is doing – raised rates far to fast (very low inflation, other parts of world slowing, lowering & easing) & did large scale tightening, $50 Billion/month, we are on course to have one of the best Months of June in U.S. history..” the president wrote on Twitter.

He also called on the independent central bank to loosen monetary policy, arguing that interest rates have thwarted growth. Economists say the economy is cooling because of an expected slowdown in growth abroad, the fading effects of tax cuts and global trade tensions.

“….Think of what it could have been if the Fed had gotten it right,” Trump continued. “Thousands of points higher on the Dow, and GDP in the 4’s or even 5’s. Now they stick, like a stubborn child, when we need rates cuts, & easing, to make up for what other countries are doing against us. Blew it!”

Financial markets jumped to record highs last week after the Federal Reserve left interest rates unchanged and signaled it could lower them at a July meeting. The central bank said this month it was ready to step in if trade disputes worsen.

Trump argued the Fed should have lowered interest rates already, however. The president’s criticism on the central bank and its chairman, Jay Powell, has grown in recent weeks as sprawling tariffs threaten to hurt the economy ahead of the 2020 elections.

Bloomberg reported last week that the administration looked into whether it could demote Powell, which the president has since denied.