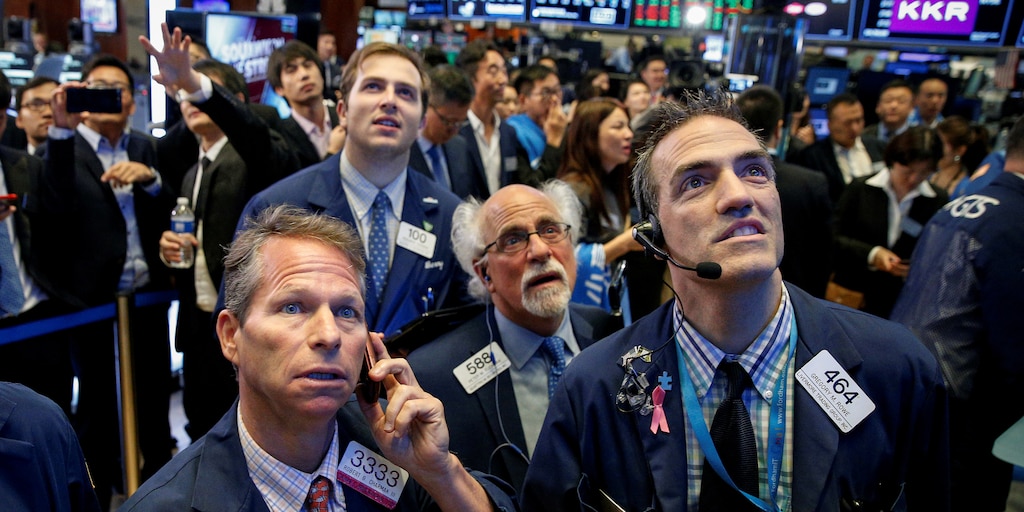 Traders on Tuesday sent stocks lower after Donald Trump fanned fears of an escalating conflict with Iran and an unending trade war with China.

Trump slapped sanctions on Iran’s supreme leader and a report indicated he feels “comfortable with any outcome” from his meeting with Chinese counterpart Xi Jinping later this week.

“Optimism is fading a little and we would expect investors to perhaps take some risk off the table,” said Neil Wilson, chief market analyst for Markets.com.

The penalties aim to prevent Ayatollah Ali Khamenei and eight senior military commanders from accessing assets or banks in the US, and come after the US has already imposed sanctions on 80% of Iran’s economy. The Iranian government said the move meant “the permanent closure of the diplomatic path with the government of the United States.”

Targeting Khamenei directly is “certainly a huge breach of diplomatic protocol, and unlikely to smooth tensions with Iran in any way – or to make them give up in their struggle with the US,” said Michael Every, senior Asia-Pacific strategist at RaboResearch.

Meanwhile, Trump feels “comfortable with any outcome” when he meets with Xi later this week, according to a senior US official interviewed by Reuters. The president’s relaxed approach to reaching a deal and avoiding further escalation of the US-China trade war didn’t help market sentiment.

However, an unproductive meeting is unlikely to hammer stocks as investors aren’t expecting much.

“The equity markets already price in a slim chance for a sudden resolution of trade tensions between the US and China at this week’s G20 meeting,” said Ipek Ozkardeskaya, senior market analyst at London Capital Group. “As such, a no-deal will likely see limited negative knee-jerk reaction from equity traders, but any positive step could revive the bulls.”