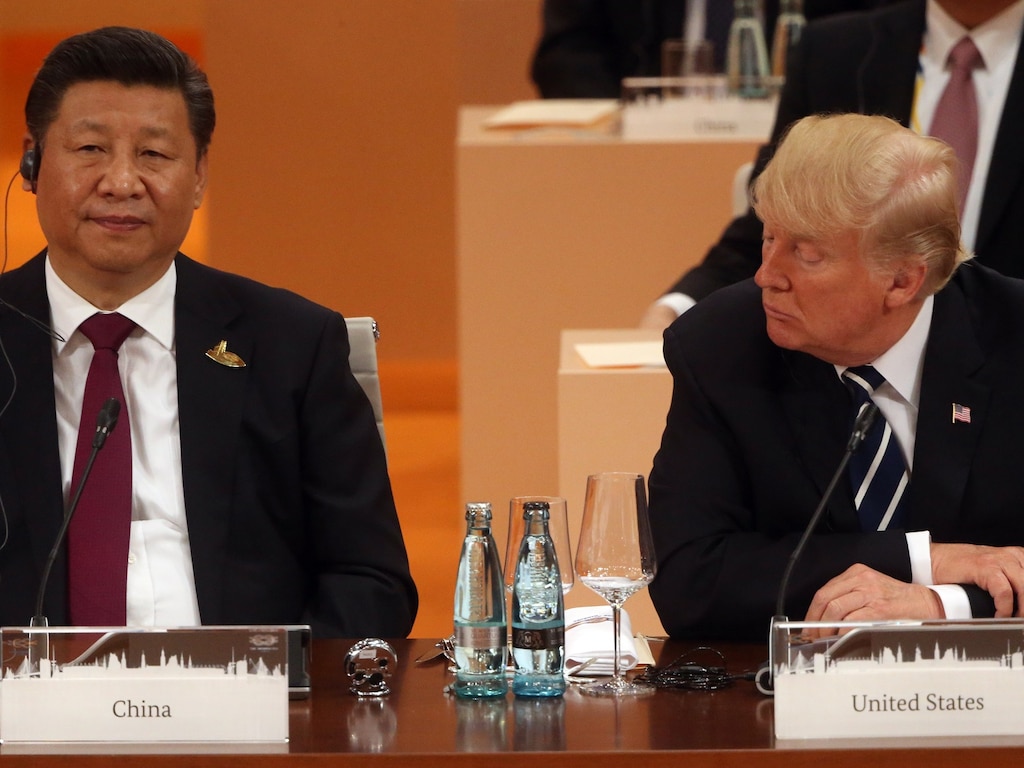 That’s how global economists at Bank of America Merrill Lynch on Tuesday described the upcoming meeting between President Donald Trump and Chinese President Xi Jinping at the G20 summit in Osaka, Japan.

It’s also how, in so many words, market strategists and economists around the world are describing their own forecasts for the two leaders’ discussion ahead of the June 28-29 summit.

Trump and Xi are expected to discuss possible resolutions to the trade war that’s dragged on between the world’s two largest economies for more than a year — one that’s dealt a blow to global economic growth and hindered confidence among consumers and investors.

Experts say the stakes are high. Investors have placed a spotlight on growth decelerating in the US and abroad as global central banks ease monetary policy; signs of talks between Trump and Xi breaking down could further depress investor confidence.

And with equity markets trading near record levels that some analysts say aren’t justified giving the risk lurking under the surface, they could be particularly vulnerable to any disappointment that may emerge.

Read more: Trump and Xi are supposed to meet at the upcoming G20 summit. Here’s why experts say the outcome will dictate the fate of the entire stock market.

But market watchers and money managers aren’t holding their breath.

“The Xi-Trump meeting at the G-20 summit is likely to end in another ceasefire, with both sides delaying additional tariffs,” Aditya Bhave, a global economist at BAML, said in a client note. Still, “a major deal seems quite unlikely given the big disagreements and the lack of motivating pressure from the markets.”

Bhave added: “A truce would be a short-run positive for markets. But investors will likely start to worry unless we move toward a deal.”

Put more pointedly, Morgan Stanley economists see the global economy suffering through a recession in less than one year if negotiation talks appear to break down and an escalation rears its head.

“If signs of a high-level and comprehensive framework agreement emerge, they will help to dissipate some of the dark clouds hanging over the global economy, though damage to the cycle had already been done,” Chetan Ahya, the firm’s chief economist and global head of economics told investors in a Tuesday report.

Ahya continued: “If escalation ensues instead, (i.e. tariffs go up to 25% for all imports from China for at least 4-6 months), we could end up in a global recession in three quarters.”

A lack of clarity on when the two countries could possibly reach a trade deal would exacerbate an already slowing global economy, the economists wrote. They pointed to measures like “severely bruised” corporate confidence, plunging purchasing managers’ index data, and a drop-off in global capital expenditures. 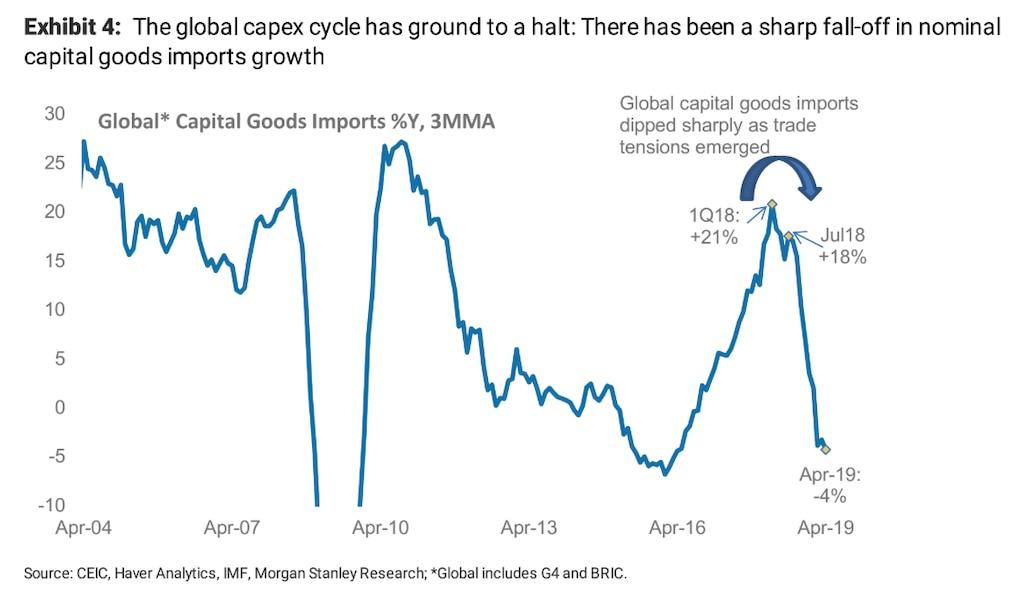 Experts will be closely watching any kind of outcome from the meeting. Economists and strategists at UBS said in a Monday note they don’t see an escalation in the trade war as their base case, but if Trump and Xi do not manage to avert an escalation, they would likely make “major” changes to their forecasts.

“We estimate global growth would be 75bp lower over the subsequent six quarters and that the contours would resemble a mild ‘global recession’ — similar in magnitude to the Eurozone crisis, the oil collapse in the mid-1980s and the ‘Tequila’ crisis of the 1990s,” the firm’s strategists and economists led by Arend Kapteyn wrote.

Additionally, the firm estimates the global stock market could suffer a 20% decline if the trade conflict escalates.

“Such an outcome from the Trump-Xi meeting at G20 may be as much as the market can hope for,” Daragh Maher, the firm’s head of FX strategy, told clients. “It is not clear whether this would prompt a risk off mood by virtue of the sustained trade tensions, or a risk on mood as it would increase the likelihood of Fed easing to offset these cross currents.”

Whether Trump and Xi can strike a deal in Osaka, or appear on the way to striking a deal, remains to be seen.

Trump views the meeting “as a chance to see where Beijing stands on the two countries’ trade war, and is ‘comfortable with any outcome’ from the talks,” a senior US official told Reuters on Monday.