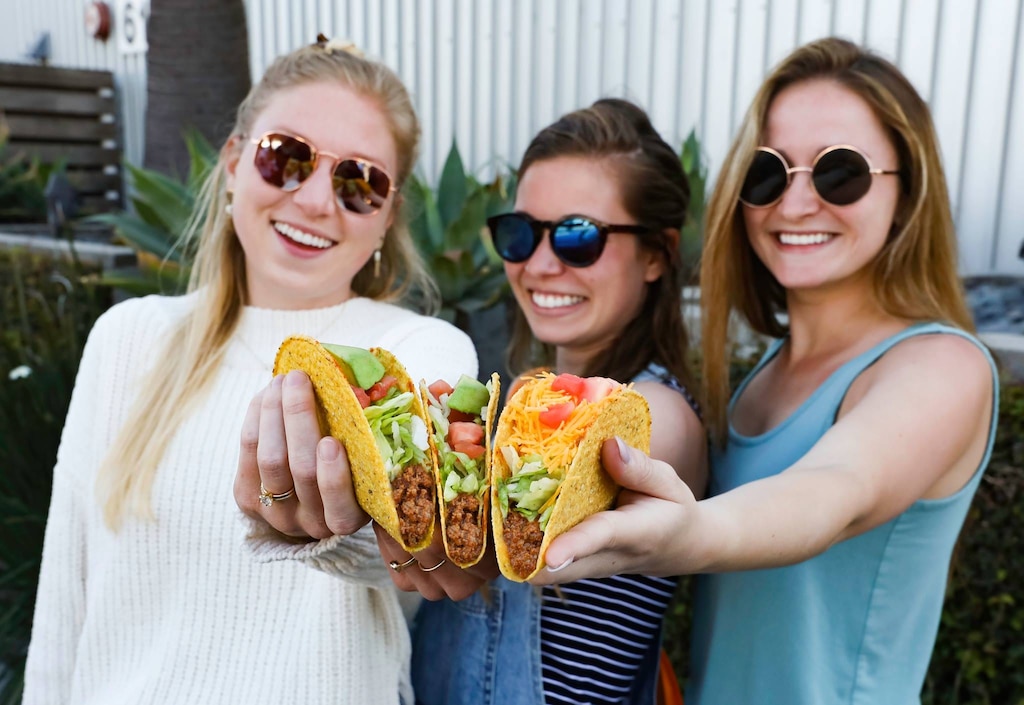 More Beyond Meat products are being purchased this year, and there’s been an uptick in sales since the company’s public listing on May 1. In the last four weeks, takeaway has increased 189.1%, recent scanner data by Nielsen  and JPMorgan show. 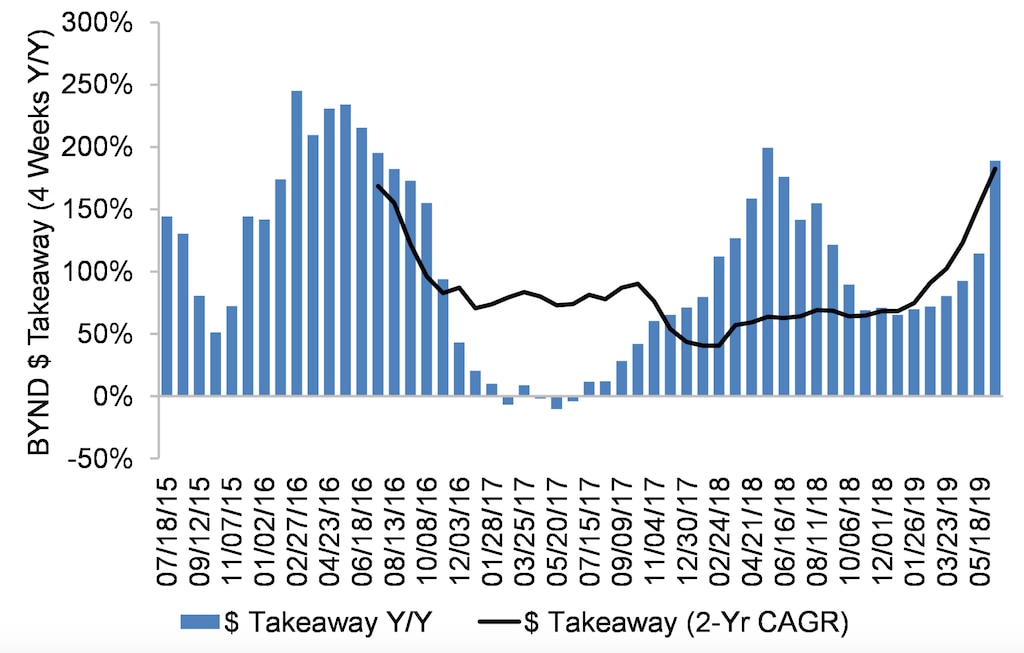 Beyond Meat has also released new products that are picking up steam. Beyond Sausage — used in breakfast sandwiches sold at Tim Hortons across Canada — continues to gain in measured channels, according to JPMorgan’s monthly deep dive of US Food Producers using Nielsen scanner data, released Tuesday. 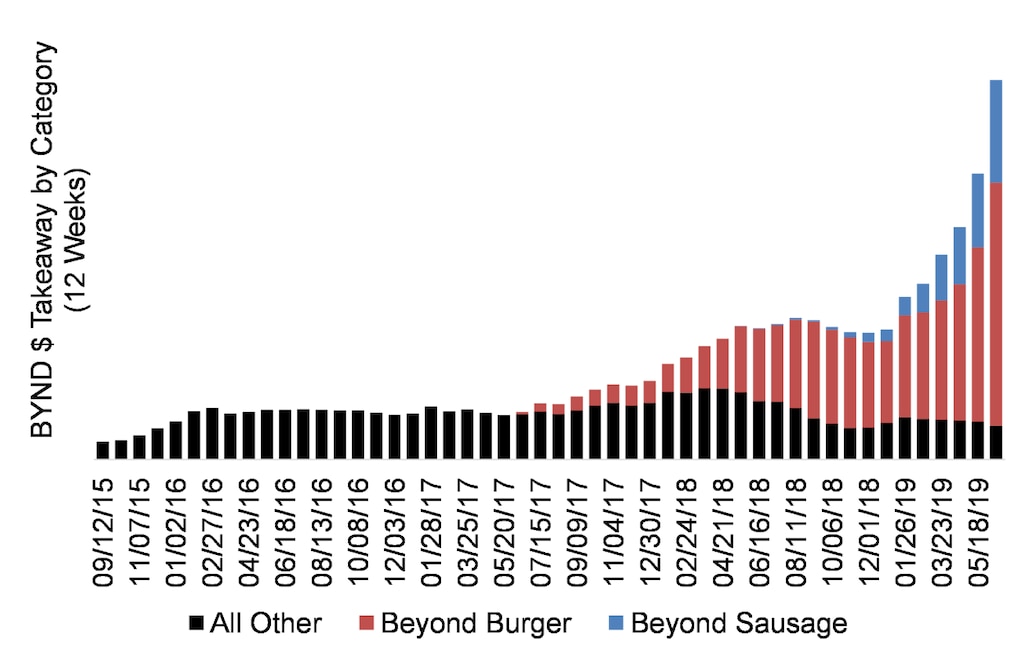 The data is a good sign for the newly public company, especially as the stock has seen its torrid momentum slowed at times by news that large food companies such as Tyson Foods and Nestle were also launching fake meat products.

While the popularity of the stock has soared, many analysts have questioned whether or not Beyond could gain meaningful market share in meat. The data show that demand for the plant-based alternative products are very much alive and well.

There is also proof that customers are reaching for Beyond instead of competing products from brands such as Conagra, Kraft Heinz and even private labels which may include main competitor Impossible Foods. Given that the market for plant-based meat — currently about $14 billion in the US — could balloon to $140 billion in the next decade, the stakes are high. 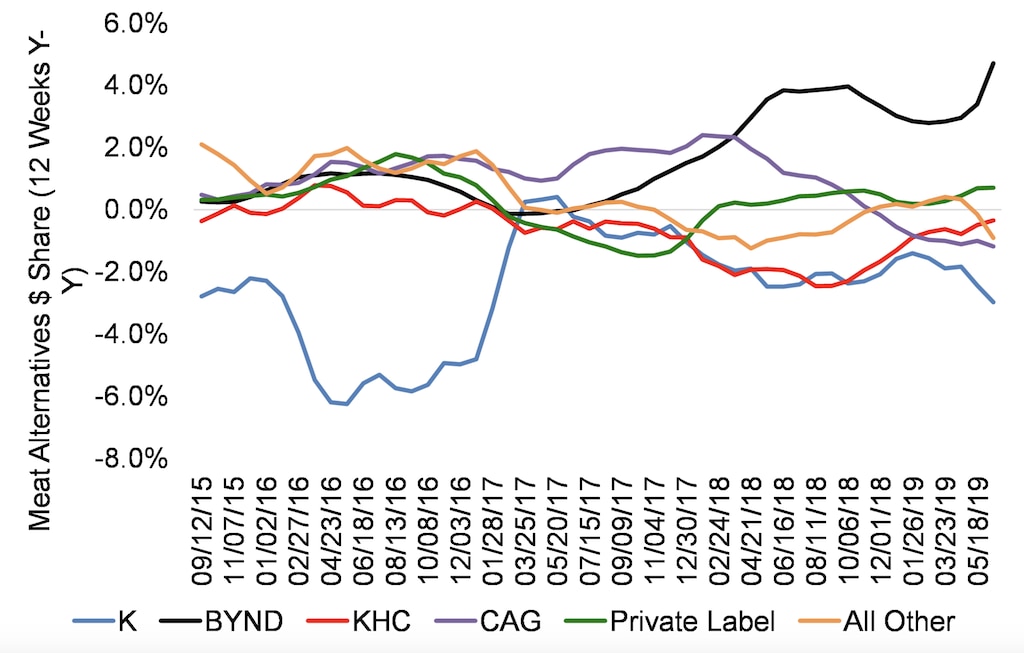 To be sure, the data is only counting the number of products sold, not the number of people buying new products. The figures could simply be reflecting the same people buying more. While this might seem nuanced, it could be a sticking point in demand of a product aimed at converting meat eaters, not just catering to established vegetarians.

Nuance aside, the data does show an uptick in Beyond product purchases. It also shows that Beyond is back to maintaining sales levels it had before it was struck with shortages in 2017 and 2018, which can be seen in the chart. 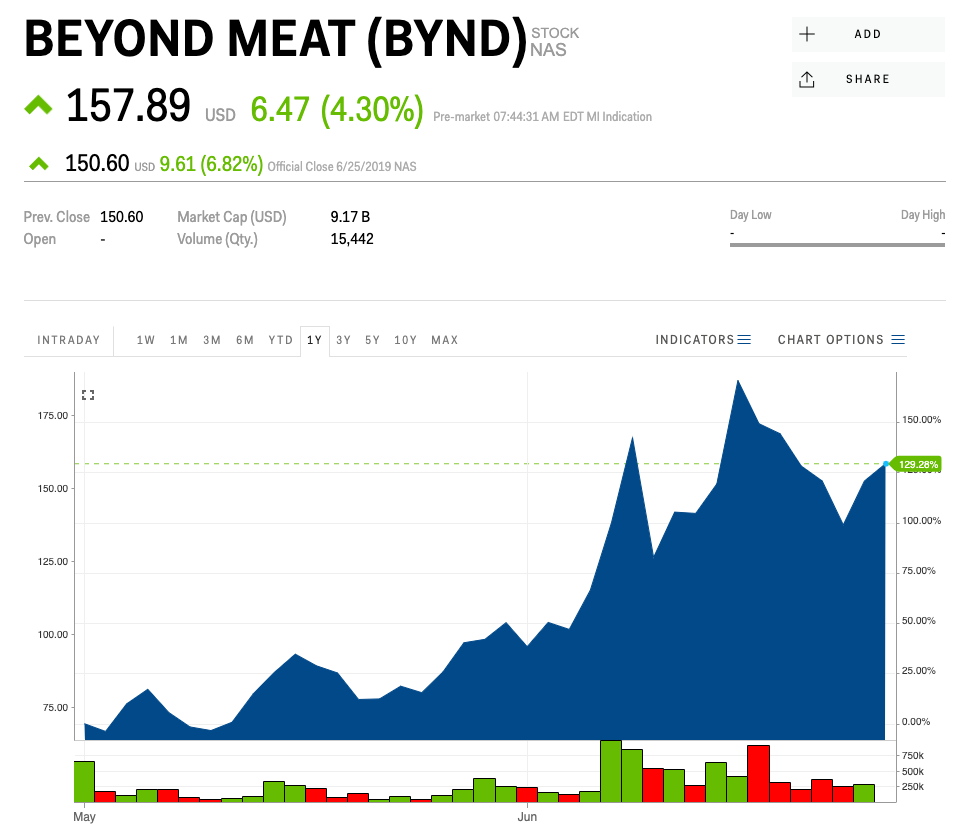