Latest News
Home /This is what Trump and Barr dread
Trump, Barr and others have employed a double-barreled approach: first, loudly misrepresent Mueller’s findings (”
No Collusion,” ”
No Obstruction,” ”
Total Exoneration“) and second, count on the American public and Congress
not to bother reading the 400-plus page report. For the months since the public release of the Mueller report, it’s been so far, so good. But now — with
Mueller set to testify under subpoena in Congress on July 17 — time is almost up on Trump and Barr’s prolonged public campaign of distortion and denial. The truth is about to come out.
Mueller’s testimony will be a pivotal moment for the Trump administration and Congress alike. Trump recognized from the start that Mueller’s investigation posed an existential threat to his presidency: according to Mueller, when
Trump first learned of the appointment of Special Counsel, he wailed “Oh my god. This is terrible. This is the end of my presidency. I’m f**ked.” Telling first reaction there.
Nor has Trump been able to maintain a public poker face about Mueller’s findings. Even while
claiming incorrectly that Mueller somehow exonerated him across the board, Trump couldn’t help but let his dread of Mueller’s findings shine through, labelling parts of the report ”
total bullshit,” calling Mueller a ”
fool” and
accusing his own former White House counsel Don McGahn — whose testimony is particularly devastating on obstruction — of lying to Mueller.
Through it all,
public and
congressional support has built slowly — but not decisively — toward an impeachment inquiry. That could change quickly when Mueller testifies. Even if Mueller does nothing more than rehash the findings in his report (as he has
vowed to do), his findings are devastating to Trump. As over
1,000 former federal prosecutors (
including me) have concluded, the report contains more than enough evidence to indict Trump on obstruction, if not for the Justice Department policy against indicting the sitting president.
Now Mueller’s testimony will bring his investigation to life like no written report ever could. Any prosecutor or trial lawyer can tell you: written reports are inherently dry and two-dimensional, but live testimony is visceral and memorable.
Few members of the public (or, apparently, Congress) have read Mueller’s report — but you can bet many, many more will be watching him live on July 17. 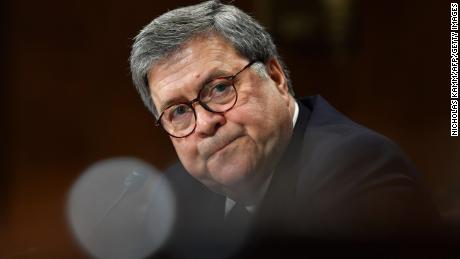 Nor is Mueller truly within his rights to decline to answer questions that go beyond his report. Mueller has been subpoenaed. That means his testimony has been lawfully compelled by Congress, and he is not free to pick and choose what to answer.

Moreover, Mueller himself has left plenty of monumental question unanswered: Would you have charged Trump with obstruction if he was not sitting President? Who in the Trump campaign ”
expected it would benefit” from criminal Russian election interference, and in what ways? How specifically did Barr misstate the ”
context, nature and substance” of Mueller’s investigation?

It won’t be long now until we get answers. Trump and Barr have had their chance to spin and distract and point fingers. Soon, the truth will have its day.

Mary, Utah: What do you think of the House Judiciary Committee allowing former Trump aide Hope Hicks to testify behind closed doors?

I think it was a tactical mistake to allow Hicks to testify behind closed doors, for two primary reasons. First, by allowing Hicks — one of the
most important witnesses to Trump’s efforts to obstruct justice, as detailed in the Mueller report — to testify behind closed doors, the Judiciary Committee blunted the impact of her testimony.
The Committee released a
written transcript of her testimony, and hardly anybody noticed or cared. Live public testimony, by contrast — with Hicks detailing the obstructive acts that she witnessed, live on camera and in her own voice — would have made a stronger impact on Congress and the public. We should see the opposite effect when Mueller testifies publicly next month; I expect that his written report will come to life in the public consciousness like never before.
Second, the closed-door session enabled the White House to essentially
shut down all meaningful lines of questioning. Administration lawyers objected to over
150 questions, and Hicks refused to answer even where her office was physically located within the White House. It is one thing to object 150 times behind closed doors, but quite another to object repeatedly while live on television. The visual of White House lawyers objecting repeatedly would have created powerful images of obstructionism in action.
Judiciary Committee Chairman Rep.
Jerry Nadler stated after the testimony that it was all part of the plan: get Hicks to testify behind closed doors, let her attorneys essentially shut down the testimony with frivolous objections, and then use the transcript to illustrate for a judge the absurdity of the White House’s legal obstructionism.

But the fact remains: in the two-plus months since the Mueller report became public, the Committee has not obtained substantive, public testimony from a single firsthand witness, and has not even gone to court yet to enforce its subpoenas on McGahn, Hicks, Barr and others.

Nadler has
vowed to go to court to enforce the Committee’s subpoenas, but the question remains: when — and why the delay?

William, Australia: What is the difference between executive privilege and the White House’s claim that close presidential advisers have absolute immunity from subpoenas?

The White House has invoked two similar but separate legal theories —
executive privilege and
absolute immunity — to try to block administration officials from responding to congressional subpoenas.
Executive privilege means that certain communications between the President (or arguably other Executive Branch officials) and top advisers are confidential and not subject to subpoena. The
rationale, set forth in the 1974 Supreme Court case
US v. Richard Nixon, is that the President needs to have certain candid communications that should remain out of the public eye — particularly those relating to sensitive matters of national security or military strategy. 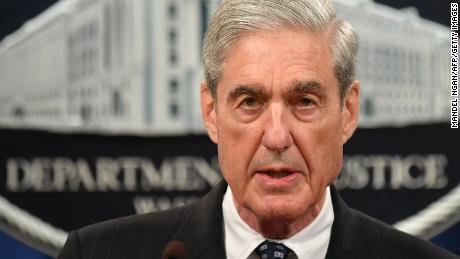 Absolute immunity is an even broader concept that no Executive Branch employee ever has to provide any information to Congress — for any reason. While no court has recognized such a sweeping theory, the White House’s stated
rationale is based on the separation of powers theory — specifically, that the Executive Branch, as a co-equal branch of government, cannot be forced to comply with orders from the Legislative Branch. The counter-argument is that absolute immunity, if accepted, would elevate the Executive Branch and make it entirely unaccountable to Congress.
The White House has used both of these legal arguments, at times separately and at times together, to try to block the testimony of
McGahn,
Hicks and others. While I believe that both lines of argument ultimately
will fail if challenged in court by Congress, the cases could take months to decide. Even if the administration loses on its legal claims, it might win simply by delay alone if it can drag out testimony until after the 2020 election.

Thus far, the House has focused on the
primary witnesses to Trump’s obstructive acts, including Mueller himself, plus McGahn and Hicks, both of whom — according to the Mueller report — directly witnessed some of Trump’s most flagrant conduct (including Trump’s effort to have McGahn fire Mueller and then to have McGahn lie about the effort).
Sessions is likely part of a secondary group of witnesses whose testimony, though perhaps not as central to Mueller’s findings, nonetheless is important. Based on the
Mueller report findings, Sessions can testify about Trump’s efforts to pressure him to un-recuse himself and re-take control of (and limit or end) Mueller’s investigation. Other potential second-wave witnesses could include former Trump campaign manager Corey Lewandowski and former Trump White House aide Rick Dearborn, both of whom witnessed the President’s campaign to pressure Sessions.

I believe the House eventually will hear from these witnesses. Taken together, they paint a compelling picture of Trump’s prolonged (but ultimately unsuccessful) effort to seize control of, and stifle, Mueller’s investigation.

Jim, Oregon: Are attempts to obstruct justice treated in the law as actual obstruction of justice?

Yes. Most federal criminal statutes contain an “attempt” provision establishing that unsuccessful efforts to commit a crime are no different than successfully completed crimes. Sometimes, the law provides lower penalties for attempts than for completed crimes; for example,
federal murder is punishable by a maximum of life imprisonment or the death penalty, while
attempted murder carries a maximum of 20 years.
Federal
obstruction law imposes penalties on anyone who “obstructs, influences, or impedes any official proceeding, or attempts to do so.” Obstruction and attempted obstruction carry the same penalty (20 years max). So, if
Trump tried to obstruct justice but ultimately failed, he is no less liable than if the efforts had succeeded.

Three questions for next week:

1. Will the White House or Justice Department try to block Mueller’s testimony by raising specious legal objections (including executive privilege or absolute immunity, as discussed above)?

2. How will the Supreme Court rule on the
high-stakes case about inclusion of a citizenship question on the 2020 census?
3. How will the controversial trial of
Navy SEAL Eddie Gallagher — in which a prosecution witness
unexpectedly took responsibility for the charged murder — turn out?
Original Source