Latest News
Home /President Trump wants a weaker dollar. Heres how the outcome of the G20 summit could finish wiping out its gains for the year. 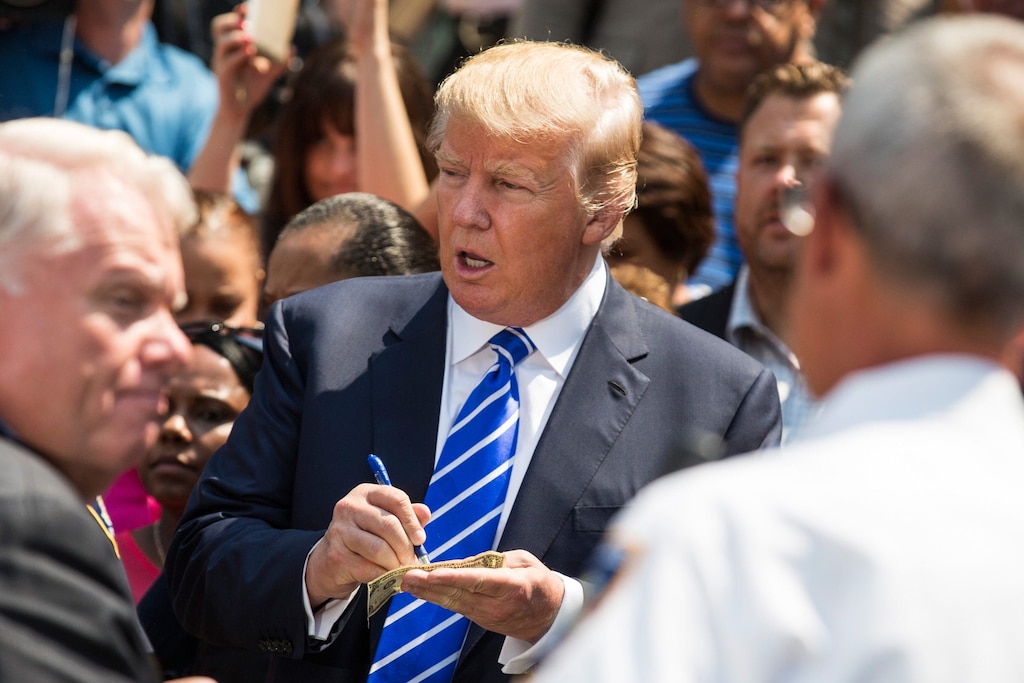 The outcome of the G20 summit could push the US dollar down to a yearly low.

Trump has long called for a weaker dollar, claiming it would make the US more competitive abroad. After a four-month rally, the US Dollar Index — which tracks the greenback versus a basket of six other major currencies — has fallen 1.6% in June, nearly negating all of its 2019 gains.

But it could fall even further, depending on Trump’s negotiations in Osaka, Japan later this week.

The decline came after the Federal Reserve shifted to a more dovish policy and markets have priced in an interest rate cut in July. Lower interest rates from a dovish Fed takes support away from the dollar because it makes it a less attractive investment. Foreign investers flock to the dollar when the US economy is strong, interest rates are rising and there are signs of growth.

Thus, Trump’s push for a weaker dollar and lower interest rates seem counterintuitive to some, but his argument is tied to trade and wanting to best set up US products against global competition.

Recently, the president lashed out at European Central Bank President Mario Draghi after his pledge to stimulate the eurozone economy if conditions don’t improve — Trump said in a tweet that such a stimulus would drop the euro against the dollar “making it unfairly easier for them to compete against the USA.” Shortly after, Trump said he’d prefer if Fed Chairman Jerome Powell’s policies were more like Draghi’s.

As Trump gears up to discuss trade with China’s President Xi Jinping at G20, investors of all asset classes — including currencies — will be looking on.

If negotiations over the weekend don’t go well, it would likely cause a panic that the market volatility seen over the last 12 months will continue for quite some time, Jameel Ahmad, global head of currency strategy and market research at FXTM, said in an interview with Markets Insider.

“This is not going to be a positive way to sign off on the end of the decade,” he said.

If trade talks between the US and China do implode over the weekend and spark further concerns over global growth, he said so-called safe haven assets such as the yen and gold would likely be the beneficiaries of a lower dollar. A negative outcome would also put increased pressure on the Fed to cut rates in an attempt to boost the US economy. Lowering interest rates would weaken the dollar further.

Even a moderate outcome at G20 would likely extent the dollar’s slide. Unless Trump’s meeting with Xi at G20 results in enough progress to ease global trade tensions, the greenback will probably continue to fall, wrote a group of analysts at UBS in a note Thursday.

To be sure, dollar weakness has less impact if other currencies weaken as well. Abroad, increased tension over trade would also weaken global growth and potentially be a drag on the already slowing Chinese economy, further weakening the yuan. While dollar weakness is usually seen as a good thing for emerging market currencies, if all currencies are weakened because of trade, it will not give countries like China —or other EM countries closely tied to China — any meaningful boost, Ahmad said.

Perhaps the best way for Trump to achieve the weaker dollar he desires would be to resolve trade tensions, rather than escalate them further, wrote the UBS analysts.

“The bottom line is that escalating tariffs create a race to the bottom in the context of falling trade volumes and deteriorating global growth expectations. Our estimates suggest that the net impact on the dollar is likely to be positive,” the analysts wrote.

But, resolving the trade tensions is unlikely to happen quickly. And given Trump’s renewed interest in currency, any weakening of the dollar may be welcome .

“No matter what happens, president Trump will continue to call for a weaker dollar,” said Ahmad.

‘There are no obvious opportunities’: A Wall Street fixed income investment chief at a $23 billion firm says now is the time to protect returns rather than seek new ones

The RealReal could be valued at $1.6 billion when it starts trading on Friday. Here’s what you need to know about the used luxury goods startup’s IPO.