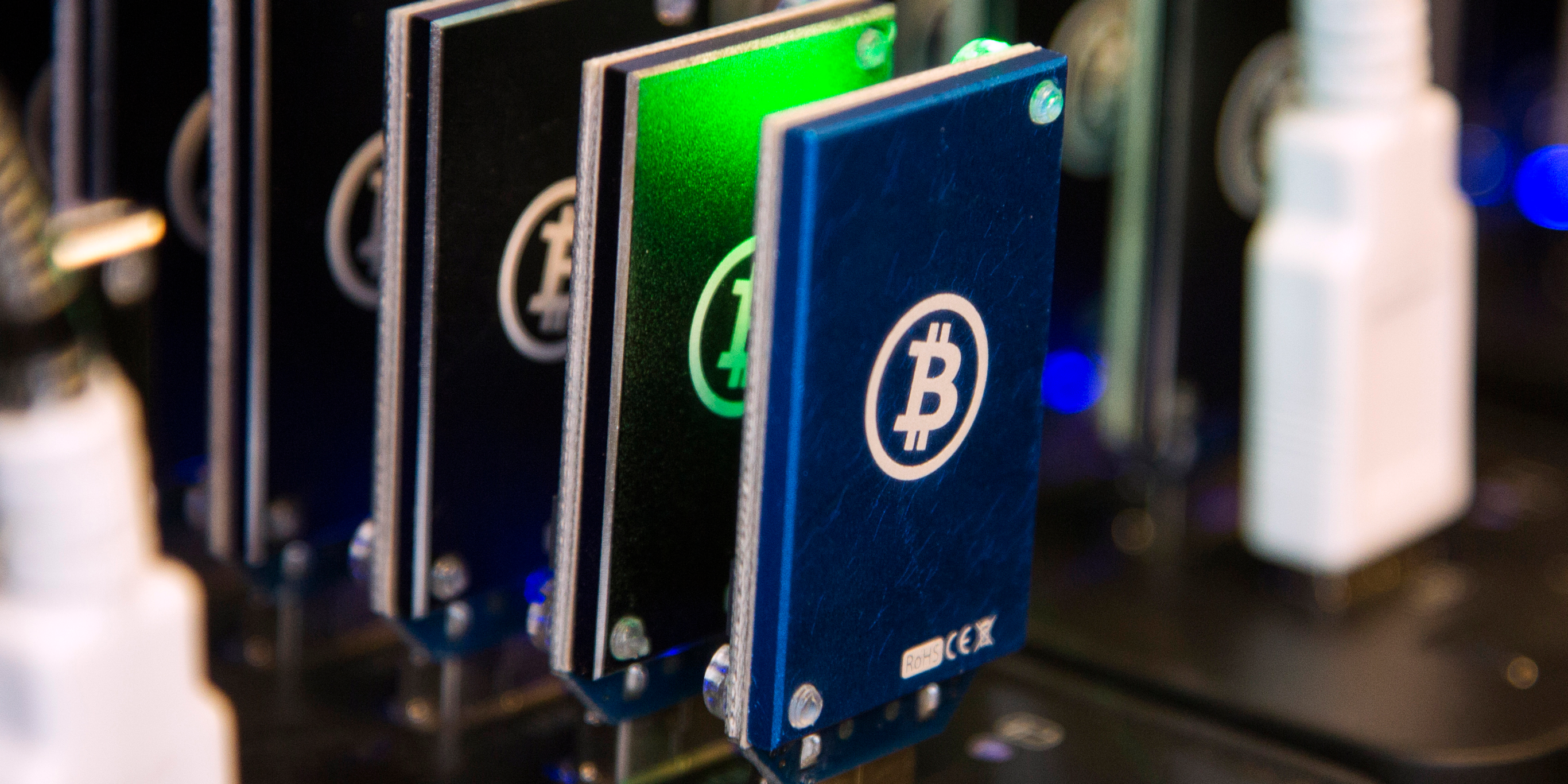 Bitcoin has more than tripled in value since December, surging north of $12,000 this week before faltering.

Several stocks with exposure to the cryptocurrency industry have soared and slumped in tandem with bitcoin. We examine six of the most volatile ones below. 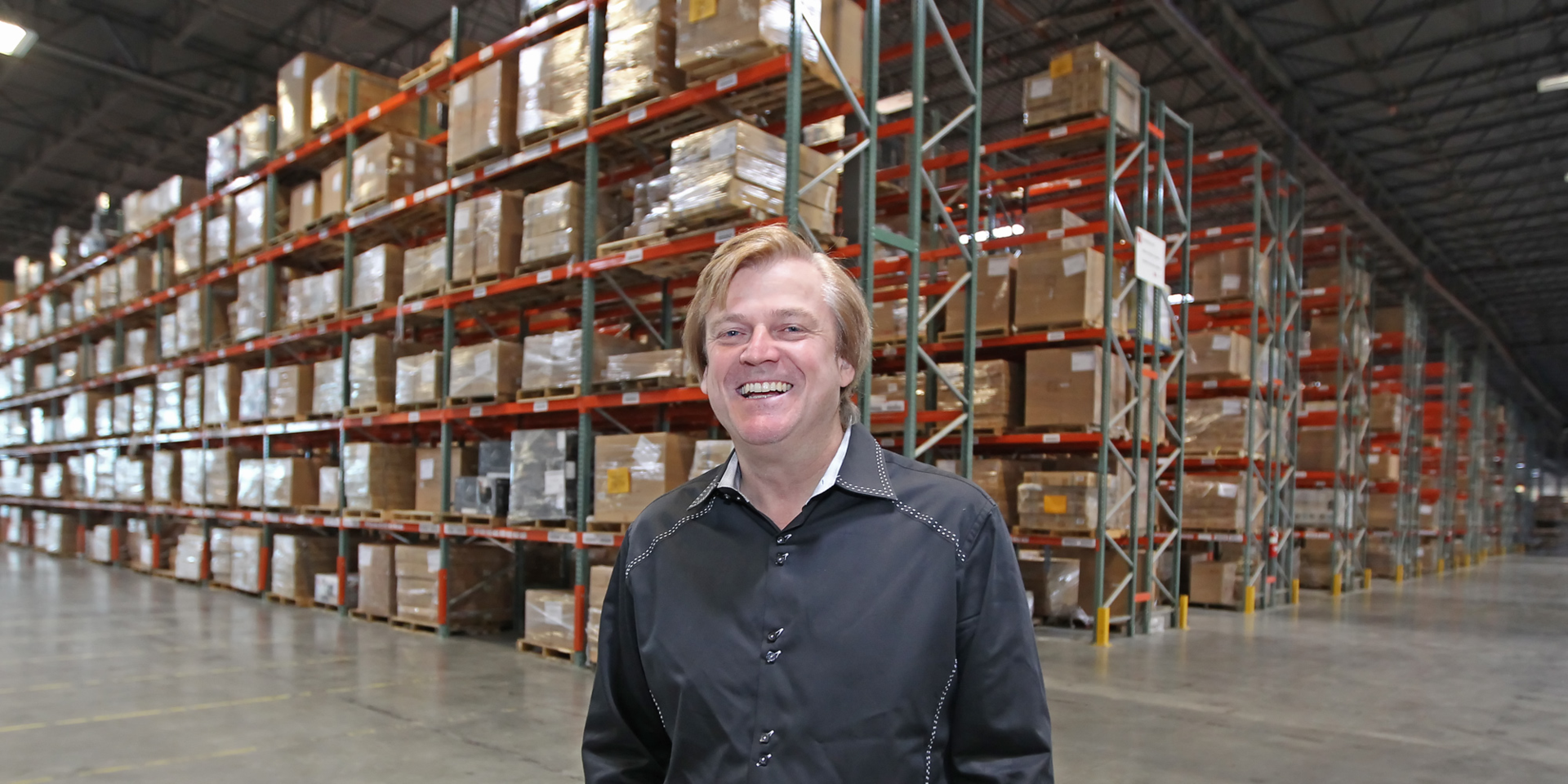 Shares in Overstock.com have surged 40% in the past month as the internet retailer has significant blockchain interests. For example, its tZERO subsidiary launched a digital wallet and exchange-services mobile app this week, allowing users to buy, sell, and store bitcoin and ethereum on their smartphones.

Overstock.com was the first major retailer to accept cryptocurrency in 2014, and CEO Patrick Byrne has continued to bet on the asset class. He explained his sale of 900,000 company shares earlier this year by saying, “I simply had to supplement my nominal salary with stock sales in order to fulfill personal commitments to invest personally in blockchain projects” and fulfill charity commitments. 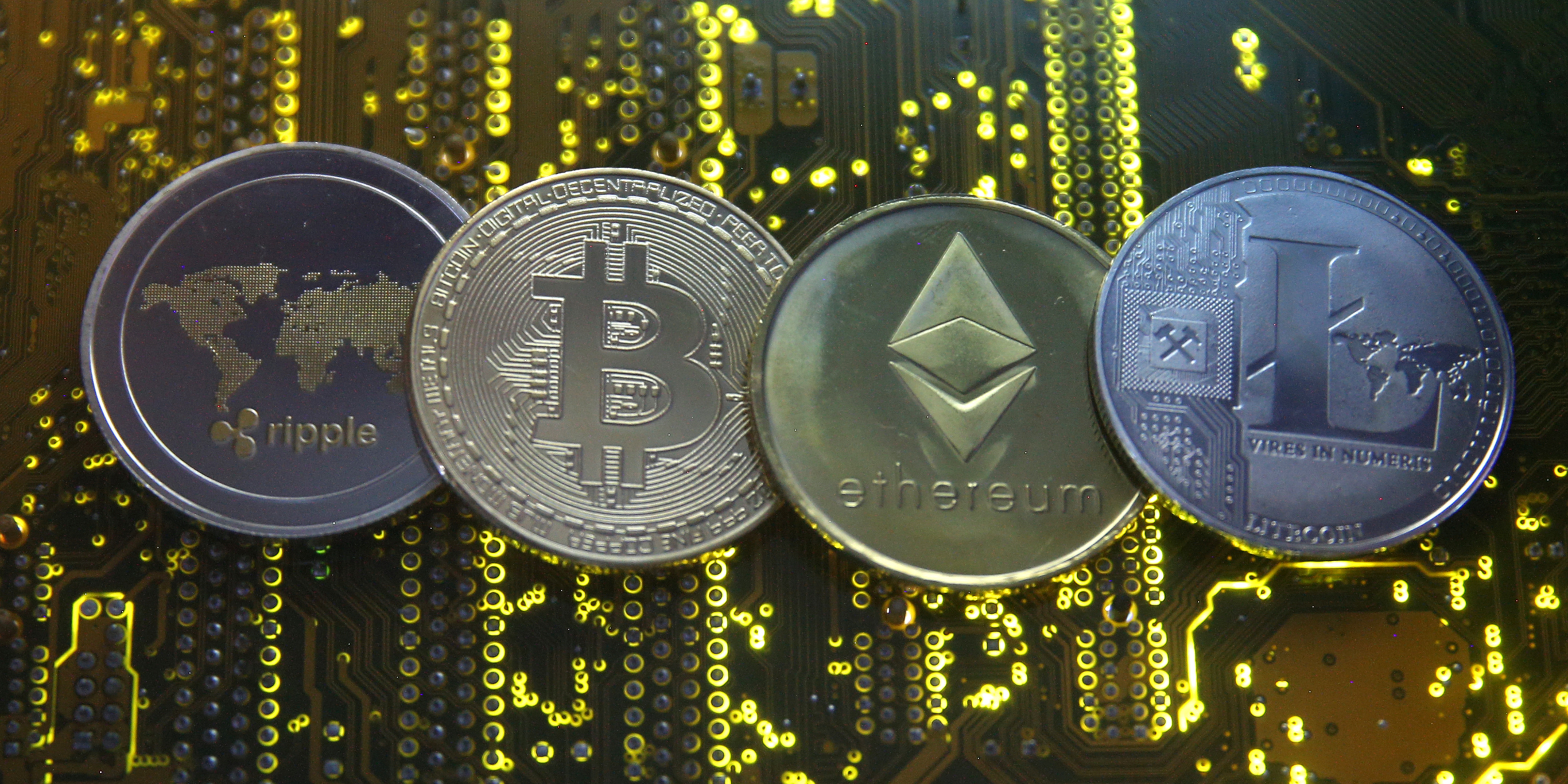 Shares of Grayscale Bitcoin Trust have soared a quarter in the past week, even after dropping 12% on Thursday as they tracked bitcoin lower. Grayscale is the world’s largest digital currency asset manager with about $2 billion in assets, and invests in bitcoin, ethereum, litecoin, and other cryptocurrencies.

Grayscale’s business turned the corner in the first quarter of this year. Product inflows surged 42% to about $43 million, and six of its 10 investment vehicles posted their first returns since the end of 2017, when bitcoin crashed. 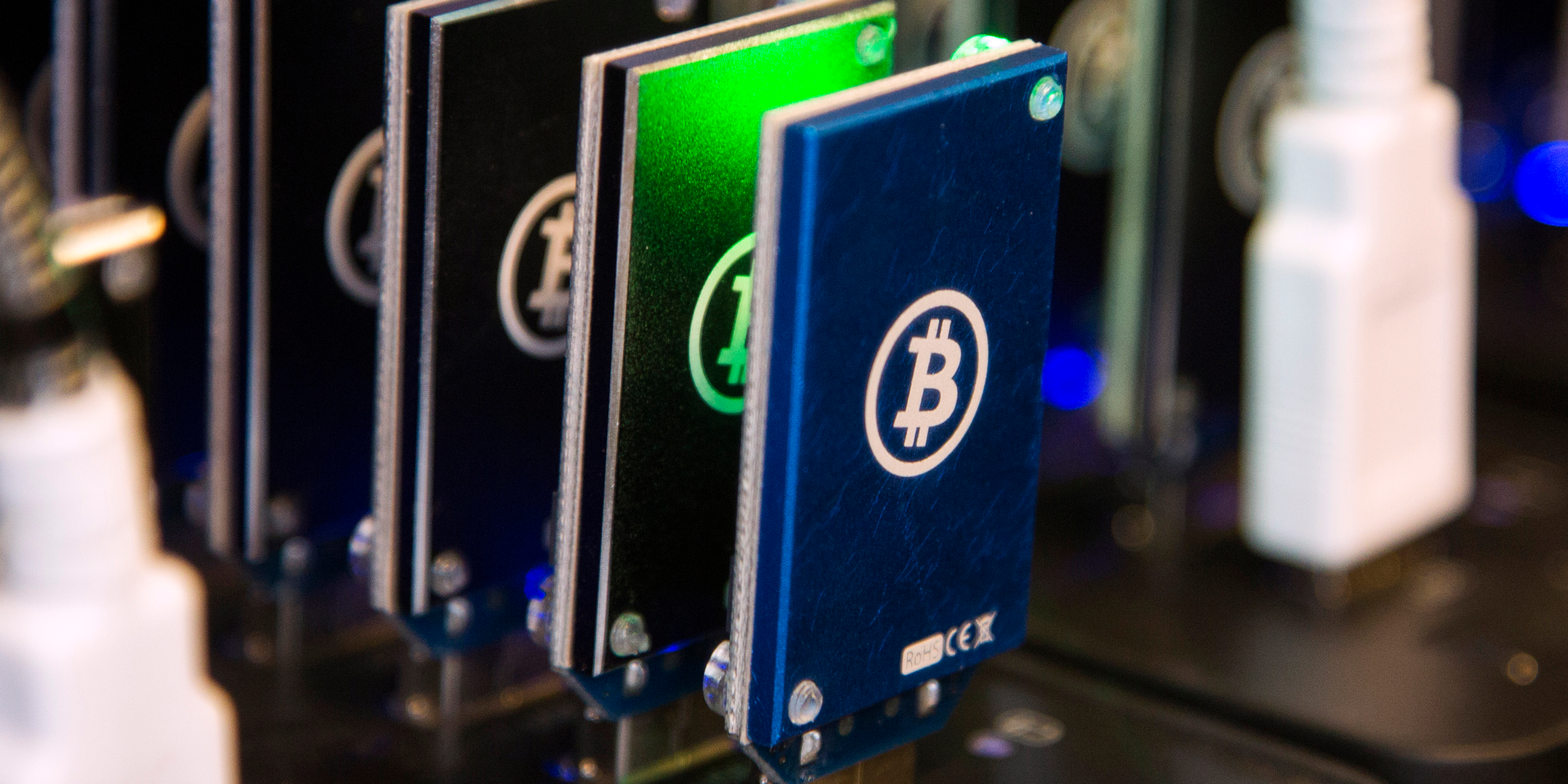 Shares of MGT Capital Investments plunged 16% on Thursday, but have still climbed more than 60% in the past week. MGT is one of the largest US-based bitcoin miners, overseeing the operation of about 5,700 mining machines, most of them in Colorado and Ohio.

MGT shut down most of its machines last quarter as the low bitcoin price meant they weren’t economically viable to run, meaning its revenue plunged by more than 95% to $28,000, but its operating loss more than halved to about $2 million. However, MGT has ramped up its mining activities again following the bitcoin rally. 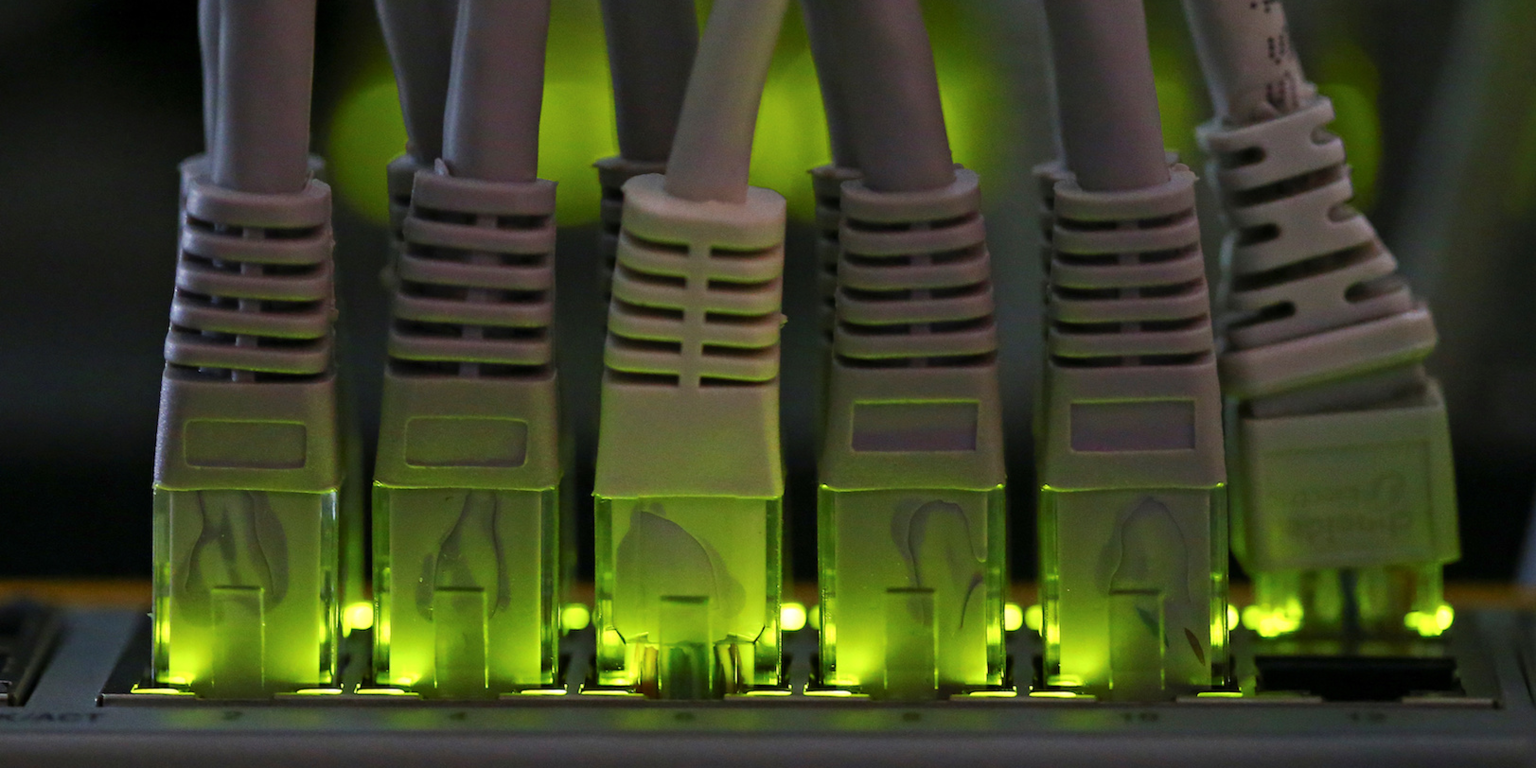 Shares of Riot Blockchain slid 14% on Thursday, but have still surged by almost a quarter in the past month. Riot operates more than 8,000 cryptocurrency mining machines in Oklahoma City and hopes to launch RiotX, a US digital currency exchange.

Riot unearthed about 330 bitcoins, 356 bitcoin cash, and 1,423 litecoins in the first quarter of this year, driving its mining revenues up 56% to about $1.4 million. However, more than $4.5 million in operating costs resulted in an operating loss of $3.2 million. 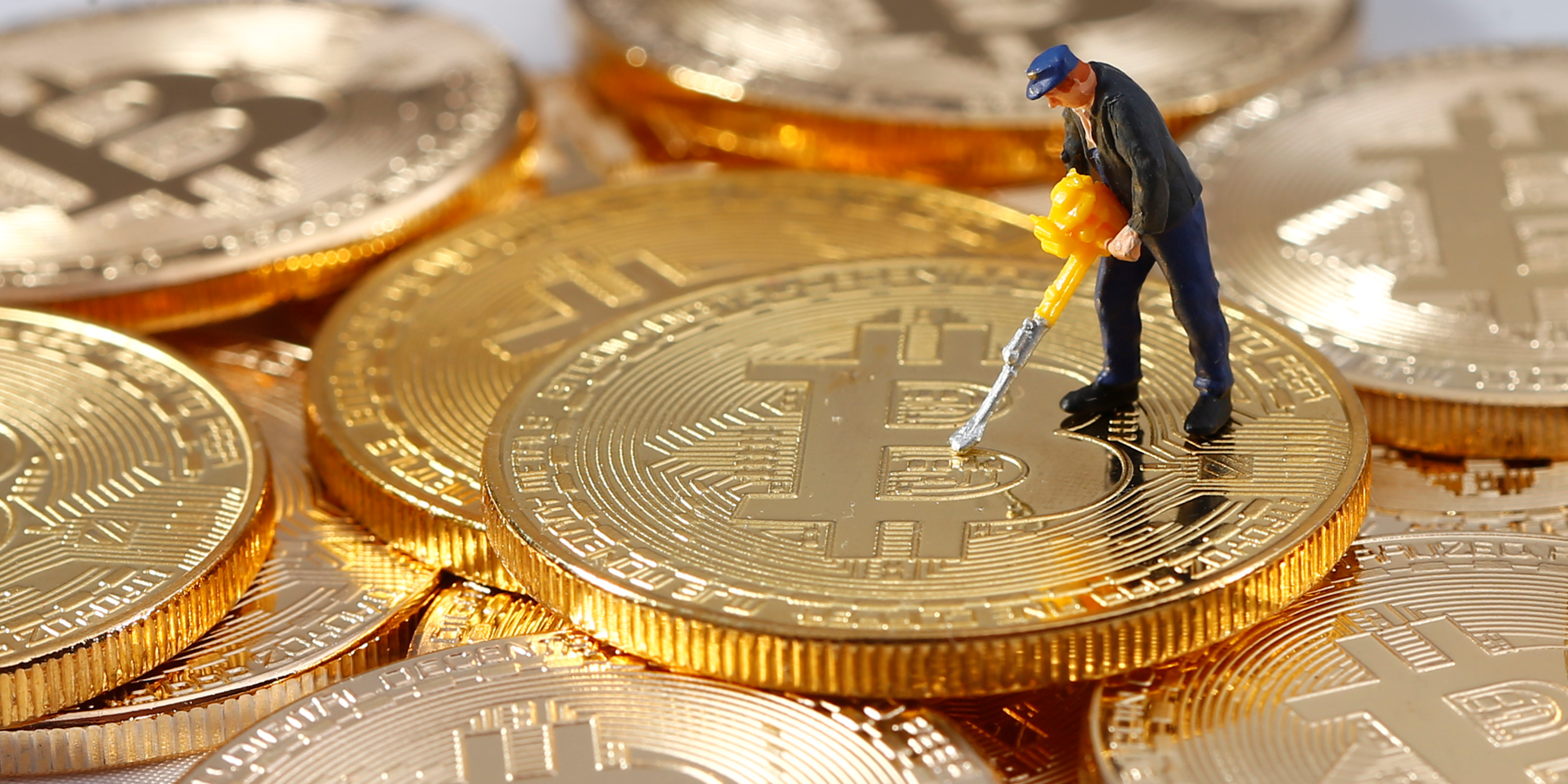 Bitcoin’s surge and subsequent retreat this week more than doubled the value of shares in DPW Holdings then dragged them down 35% on Thursday. The investment firm’s cryptocurrency mining business, Digital Farms, “immediately responded” to the rally this quarter by “increasing exponentially its mining of Bitcoin.”

DPW earned close to $1.7 million in sales from cryptocurrency mining last year, but price declines meant that revenue stream shrunk 88% to below $30,000 in the first quarter of this year. 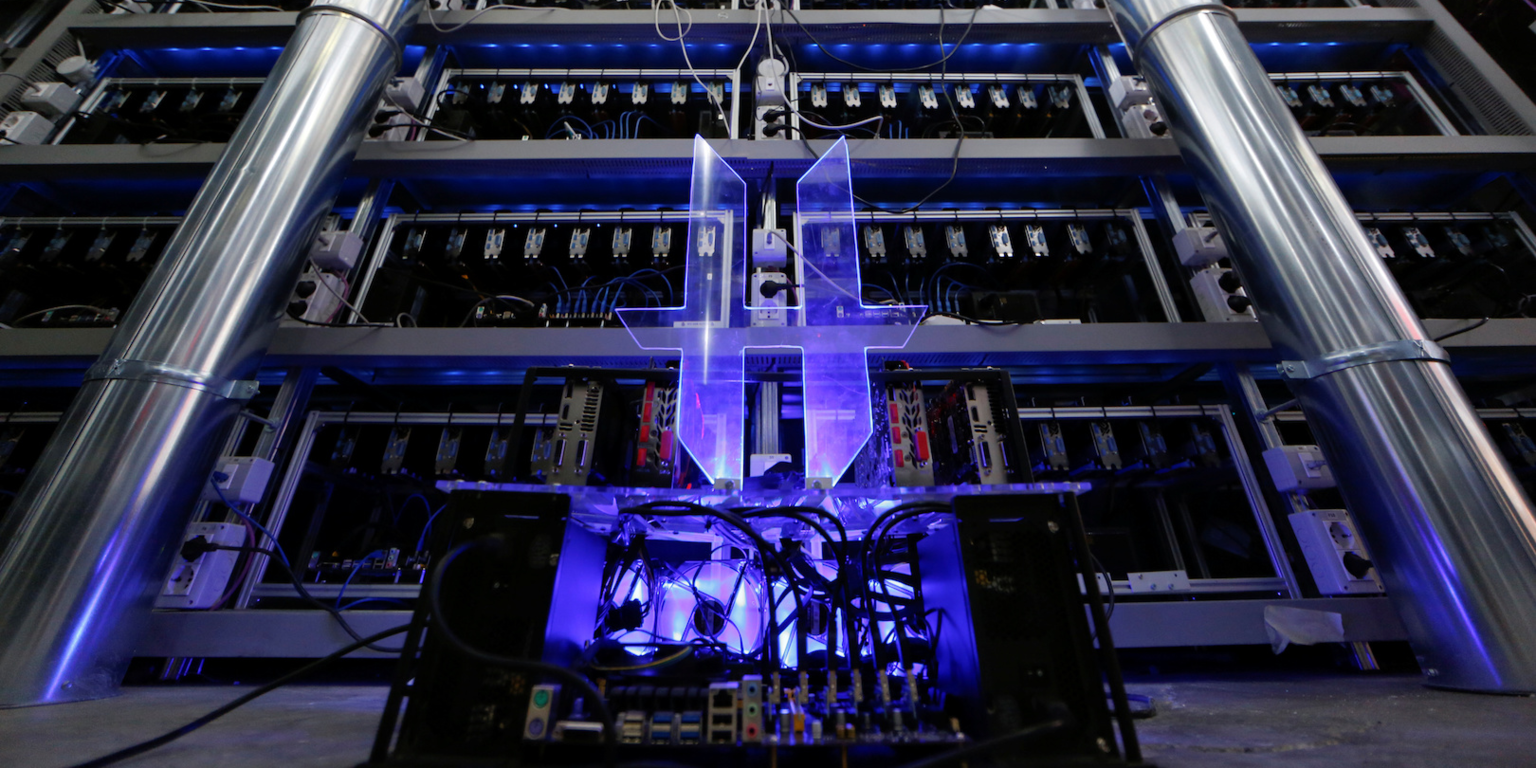 Shares of Marathon Patent tumbled 19% on Thursday but are still up by more than a quarter this week. Marathon – which was in the uranium and vanadium minerals business in 2011, shifted to investing in Southern California real estate in 2012, then pivoted to intellectual property licensing later that year – purchased cryptocurrency mining machines and a Canadian data center in November 2017, weeks before bitcoin crashed.

Marathon’s mining revenues grew 16% to $231,000 last quarter, and totaled $1.5 million last year. The company expects the bitcoin rally to boost its second-quarter performance, but remains on the lookout for further acquisitions.