The leaders’ strained relationship appeared to be on display in photographs of their handshake at the start of the meeting, which took place on the sidelines of the annual two-day G20 summit in Osaka.

It is the first time both May and Putin have met since the poisoning incident in March 2018, when former Russian spy Sergei Skripal and his daughter were found slumped on a bench in the
English city of Salisbury after being exposed to Novichok, a military-grade nerve agent.

Months later, British citizen Dawn Sturgess died after accidentally being exposed to the same substance. The UK government blamed the poisonings on Russian intelligence officers, which Moscow has denied.

Relations between the nations have been strained since and Friday’s meeting showed little sign of an upcoming thaw.

The Prime Minister, who is due to step down in July, told Putin that any attempt to rekindle relations would be put on hold until “Russia stops the irresponsible and destabilizing activity” such as “hostile interventions in other countries, disinformation and cyber attacks,” a Downing Street spokesperson said.

May told Putin that using Novichok was “part of a wider pattern of unacceptable behavior and was a truly despicable act that led to the death of a British citizen,” the spokesperson said.

“She said that this behavior could never be repeated and that the UK wants to see the two individuals responsible brought to justice.” 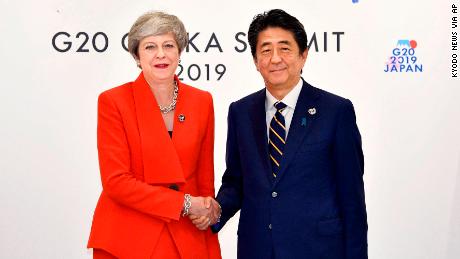 May also “unequivocally” defended liberal democracy, in a pointed reference to Putin’s comments in an interview with the
Financial Times (FT), where he said the “liberal idea” had “outlived its purpose.”

“This spy story, as we say, it is not worth five kopecks. Or even five pounds, for that matter,” Putin told the FT. 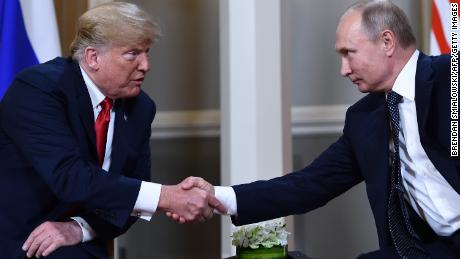 On Friday, May also called for the protection of “human rights and equality of all groups, including LGBT people,” the spokesperson added.

The meeting between the two leaders is considered very important to the Kremlin, Russian state news agency RIA-Novosti quoted Kremlin aide Yury Ushakov as saying before the pair met.

Moscow has repeatedly asked for the diplomatic fences to be mended. “There’s a need to finally turn this page,” Putin said earlier in June, according to Agence France-Presse news agency.