Shares of sportswear giant Nike slid Tuesday after Arizona’s governor ordered the state to pull all financial aid for a Nike manufacturing plant there.

Governor Doug Ducey’s announcement of the withdrawn incentives followed Nike’s reported decision to scrap the release of a sneaker that featured a colonial-era version of the American flag.

Colin Kaepernick — the former NFL player who is now a Nike sponsor — pushed back on the design, saying the symbol was offensive, the Wall Street Journal reported on Monday. That prompted the company’s move, the outlet said.

“Today was supposed to be a good day in Arizona, with the announcement of a major @Nike investment in Goodyear, AZ,” Ducey wrote on Twitter, adding in a follow-up tweet linking to The Wall Street Journal’s story, “And then this news broke yesterday afternoon.”

He said in another tweet: “I’ve ordered the Arizona Commerce Authority to withdraw all financial incentive dollars under their discretion that the State was providing for the company to locate here.”

A Nike spokeswoman told the WSJ the company had “chosen not to release the Air Max 1 Quick Strike Fourth of July as it featured the old version of the American flag.”

The report comes days after the Oregon-based company reported quarterly earnings that missed Wall Street analysts’ expectations for the first time since 2012. Nike’s sales in the critical Chinese market, where the economy is slowing, have fallen under a microscope in recent months.

Stock buybacks are set to hit a record $1 trillion this year, even as presidential candidates try to restrict them 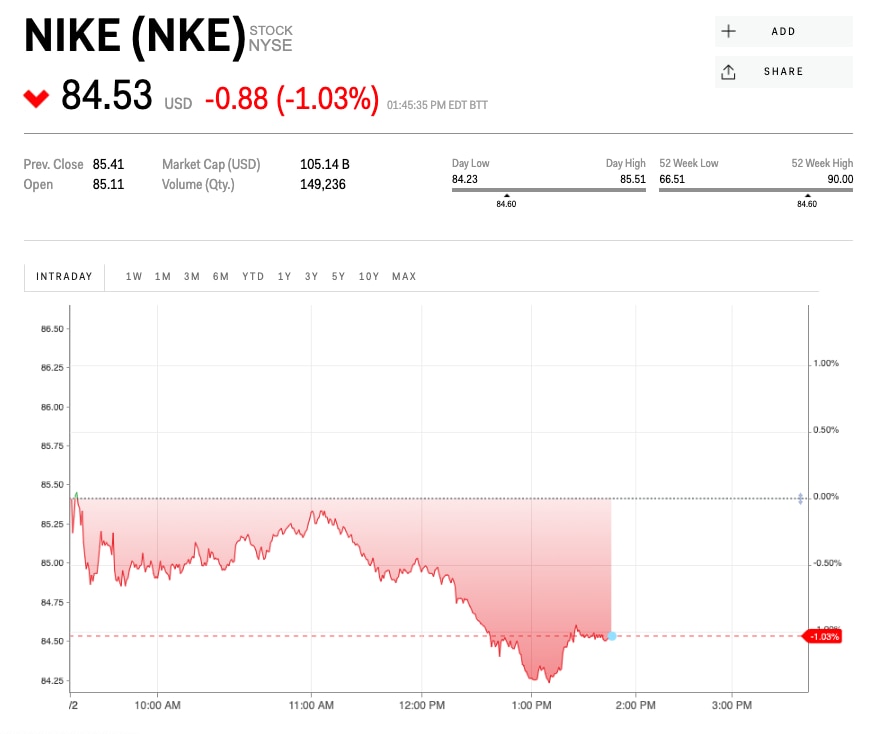