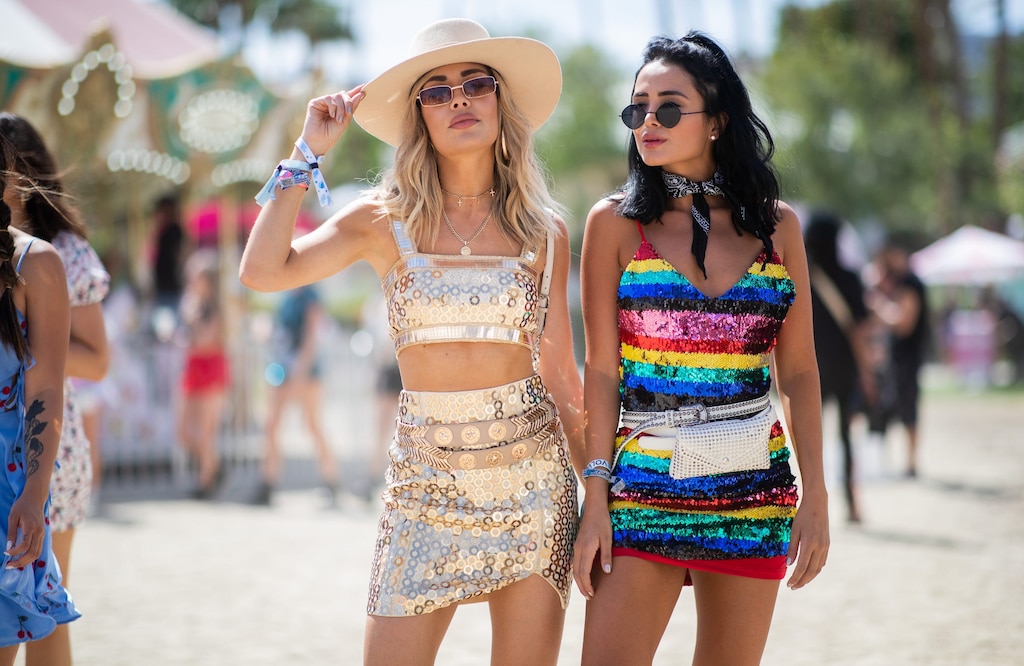 Even Wall Street knows the power of an Instagram influencer.

Shares of online retailer Revolve rose as much as 9% Tuesday after Wall Street analysts released their price targets and ratings for the stock at the end of its quiet period. The stock is now trading up 96% from its IPO price of $18.

The consensus was overwhelmingly positive, with nine analysts praising the retailer and eight issuing “buy” ratings on the stock — the last analyst issued a “hold” rating. Price targets released range from $32 to $60.

“Revolve is well-positioned to grow its active user base as it captures fashion-focused Millennial and Gen-Z shoppers through its on-trend assortment, its influencer-based marketing model, and its emphasis on experiential events to promote the brand,” wrote a team led by Oliver Chen of Cowen Equity Research in a note Tuesday.

Revolve has grown due to an army of influencers 3,500 strong that includes high-profile celebrities like Kendall Jenner and Olivia Culpo, according to Vogue Business. This has been a key part of the company’s performance and its disruption as an e-retailer competing with brands such as Forever 21 and H&M.

Analysts also pointed out the potential growth for Revolve. Active customers have grown more than 30% in the last four years, according to Cowen. In addition, the 19 brands that the clothing retailer owns are driving outsized earnings per share growth as well as sales growth in the double digits.

This is a big deal as other retailers struggle to stay relevant to younger generations, and grapple with online disruptors that take market share away from brick-and-mortar stores. Revolve’s digitally native brand, commitment to data, and its technology capabilities make it stand out from the competition. In addition, it’s helped Revolve stay away from over-discounting, which has sunk other retailers – 79% of Revovle’s sales sell at full-price, according to Cowen. 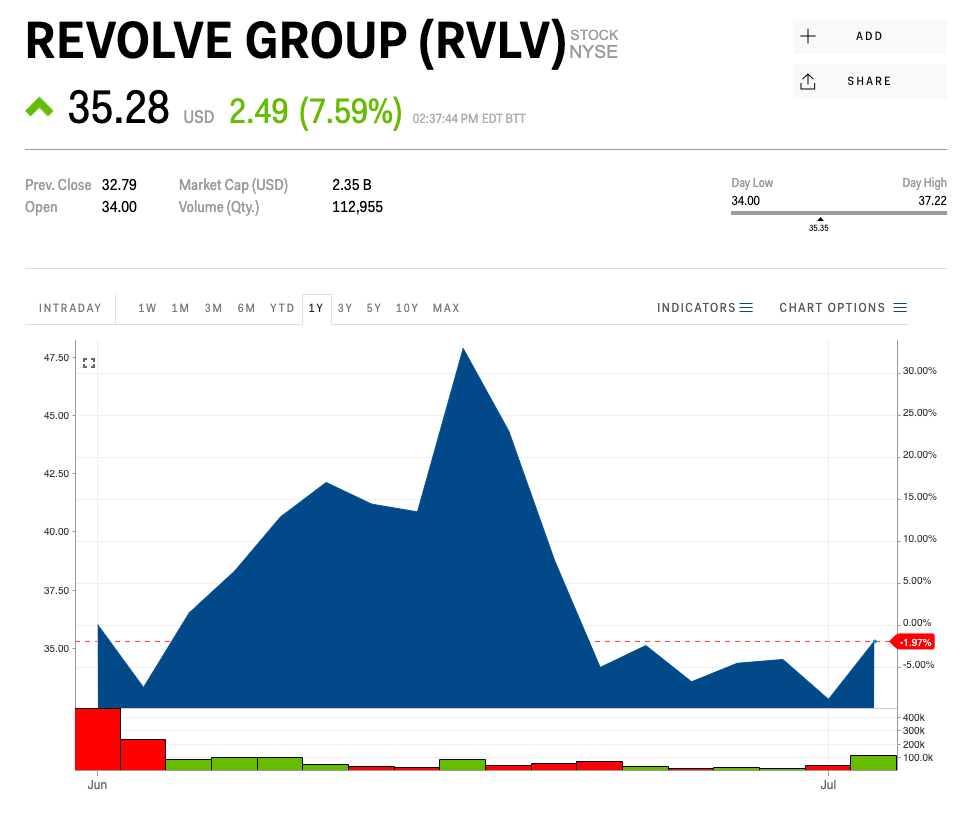