Latest News
Home /Stock buybacks are set to hit a record $1 trillion this year, even as presidential candidates try to restrict them 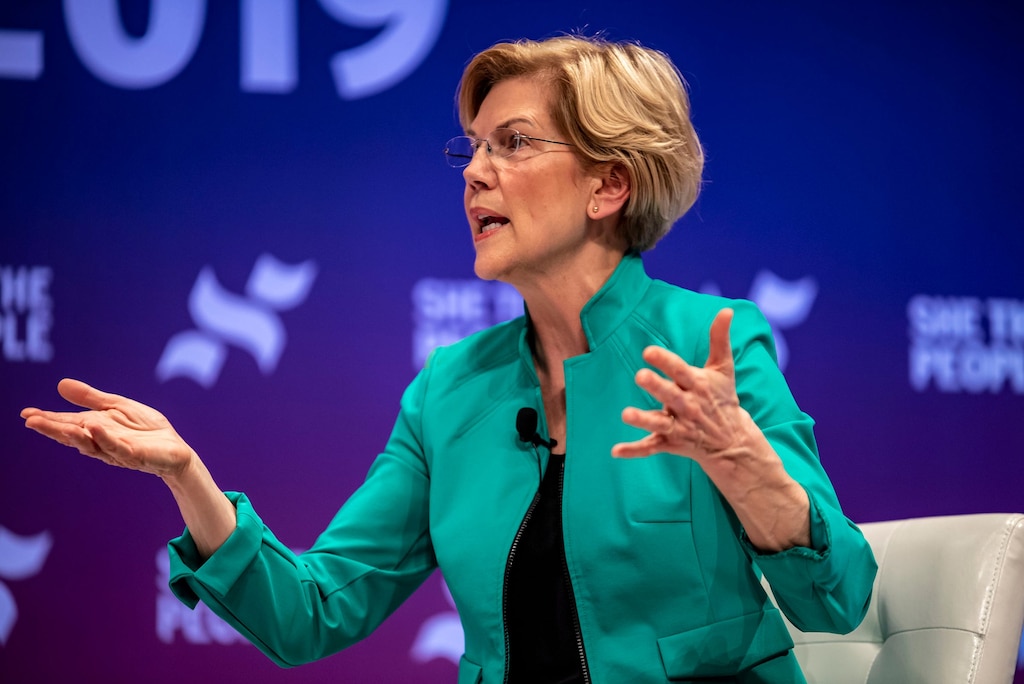 In fact, corporations enjoy repurchasing their own shares so much that they’re on track to break the $1 trillion threshold, marking another record. And that’s happening with stock prices at record highs.

The hotly debated practice has for months been subject to the ire of Democratic presidential candidates, with Sens. Elizabeth Warren and Bernie Sanders among the most notable critics. They argue that buybacks exacerbate wealth inequality in the US and artificially inflates stock prices. And they have plans to rein them in.

But that rhetoric hasn’t gotten in the way of companies authorizing big buyback programs that will likely send them above the $1 trillion level for the year, Bank of America Merrill Lynch strategists said in a report.

Read more: Stock buybacks have been labeled a ‘bubble,’ a ‘panic,’ and ‘corporate self-indulgence,’ but an ETF that’s tracking them keeps setting records

Repurchases in the first half of this year rose 18% since the same time in 2018, to $43 billion, the firm’s strategists led by Jill Carey Hall said. That suggests they could breach the hallowed 13-digit mark by year-end, BAML said.

On the sector level, financials have been the biggest contributors to the total buyback landscape so far this year with 35% of all share repurchases, BAML found.

“We expect cash return from the sector to ramp up further following better-than-expected announced payout results under CCAR,” the firm’s equity and quant strategists found, referring to the Federal Reserve’s stress tests.

After financial services, technology has been the second-largest contributor to buybacks so far this year, executing 27% of total repurchases. In total, buybacks jumped 6% year-over-year in the second quarter.

Corporations in the US ramped up share repurchases and handsomely rewarded investors in the wake of the Trump Administration’s late-2017 tax cuts. The Federal Reserve last September found there was little evidence of companies using that cash for capital expenditures, but rather to boost their buyback programs.