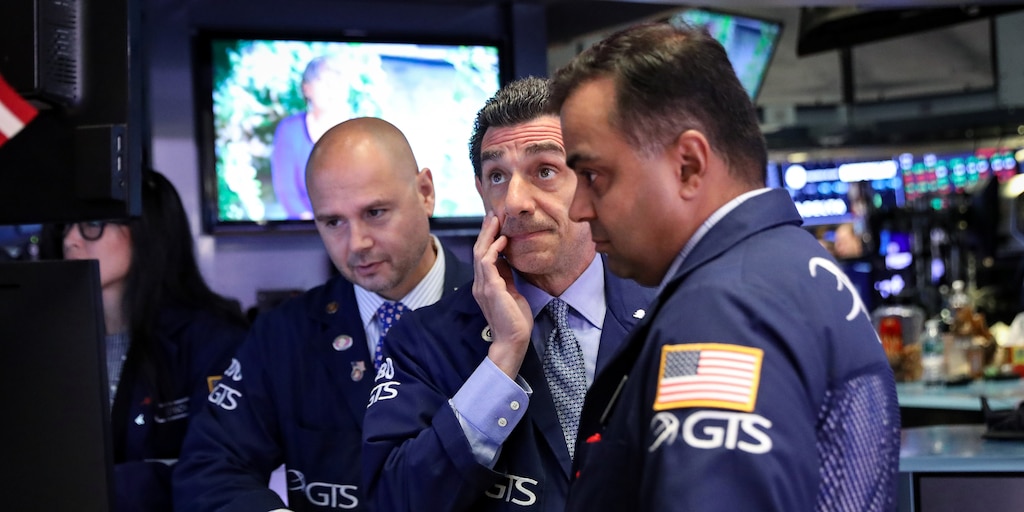 Asian shares slumped while gold and bitcoin surged on Wednesday, as traders’ renewed optimism following a truce in the trade war between the US and China last weekend was tempered by a fresh threat of tariffs against Europe and disappointing manufacturing data.

“The feel-good sentiment that followed the Trump-Xi meeting proved fleeting as investors were fed with a slew of manufacturing PMI data that exposed economic shortcomings across Asia and Europe,” said Han Tan, market analyst at FXTM. “The threat of more US tariffs on EU goods hasn’t done risk appetite any favors, as tariffs on shipments between the US and China remain in place and continue inflicting damage on the global economy.”

Market optimism is “hanging by a thread as US-China trade tensions remain the key antagonist to the global growth outlook,” he added.

The US Trade Representative’s office added another $4 billion worth of tariffs on EU goods such as meat, cheese, and pasta to its list of $21 billion in prospective duties on Tuesday. The Trump administration has threatened to impose the tariffs in retaliation for the economic harm done to the US by EU subsidies to aircraft manufacturer Airbus.

Signs of a manufacturing slowdown have weighed on market sentiment as well. The latest eurozone PMI manufacturing survey showed the sector contracted for a fifth consecutive month in June. US manufacturing activity also slowed to its lowest level in close to three years, according to ISM data.