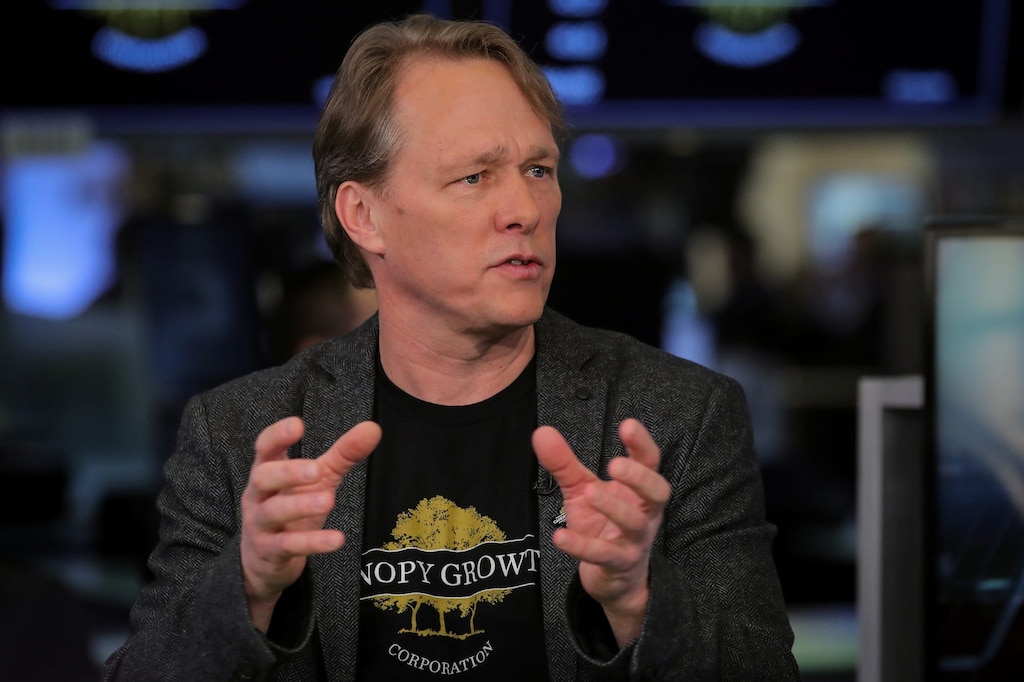 The largest cannabis company is shaking up its top leadership.

Shares of Canopy Growth slid more than 6% Wednesday after the company announced that Bruce Linton was stepping down as co-CEO and a board member, effective immediately.

Mark Zekulin will take the reigns as the sole CEO of the Canadian cannabis company and will work with the board of directors to identify a new leader for the next phase of growth. Rade Kovacevic, who is currently the leader of Canadian operations and recreational strategy will take on the role of president, according to a statement.

“Creating Canopy Growth began with an abandoned chocolate factory and a vision,” said Linton in a press release from the company. “The Board decided today, and I agreed, my turn is over. Mark has been my partner since this Company began and has played an integral role in Canopy’s success. While change is never easy, I have full confidence in the team at Canopy – from Mark and Rade’s leadership to the full suite of leadership – as we progress through this transition and into the future.”

On a call with CNBC early Wednesday, Linton said that he was “terminated” from the top position at the company.

“I think stepping down might not be the right phrase,” he said.

He added that he thinks that the company is in great shape going forward.

The leadership change comes after a disappointing earnings release that sent shares tumbling as much as 7%. In the fiscal fourth quarter, Canopy lost far more than analysts expected on an earnings per share and EBITDA basis.

Linton has been crucial to the company’s growth during its first years as its established itself as a leader in the cannabis market and become the most valuable weed company. He’s seen the company through becoming the first cannabis company to list on the public market — shares are listed on the Toronto Stock Exchange and NYSE.

Canopy is embarking on its next phase of growth since its founding in 2013. Over the last few years it has acquired other companies such as Acreage, a Canadian cannabis cultivator that holds a number of processing and dispensing operations in the US. The company has also recently received a C$5 billion investment from Constellation Brands, a beer and wine maker, which could help it become an early mover in producing and selling cannabis-infused beverages.

The stakes are high for maintaining a leadership position and tapping the US market for both legal cannabis and CBD, a compound in cannabis that does not get you high and is used in a range of products from medicine to food and beauty. Analysts at the investment bank Cowen think that the $1 billion market for CBD could balloon to as much as $16 billion by 2025. Canopy hopes to bring CBD products to the US by the end of fiscal 2020.

Canopy Growth is trading up 46% year to date. 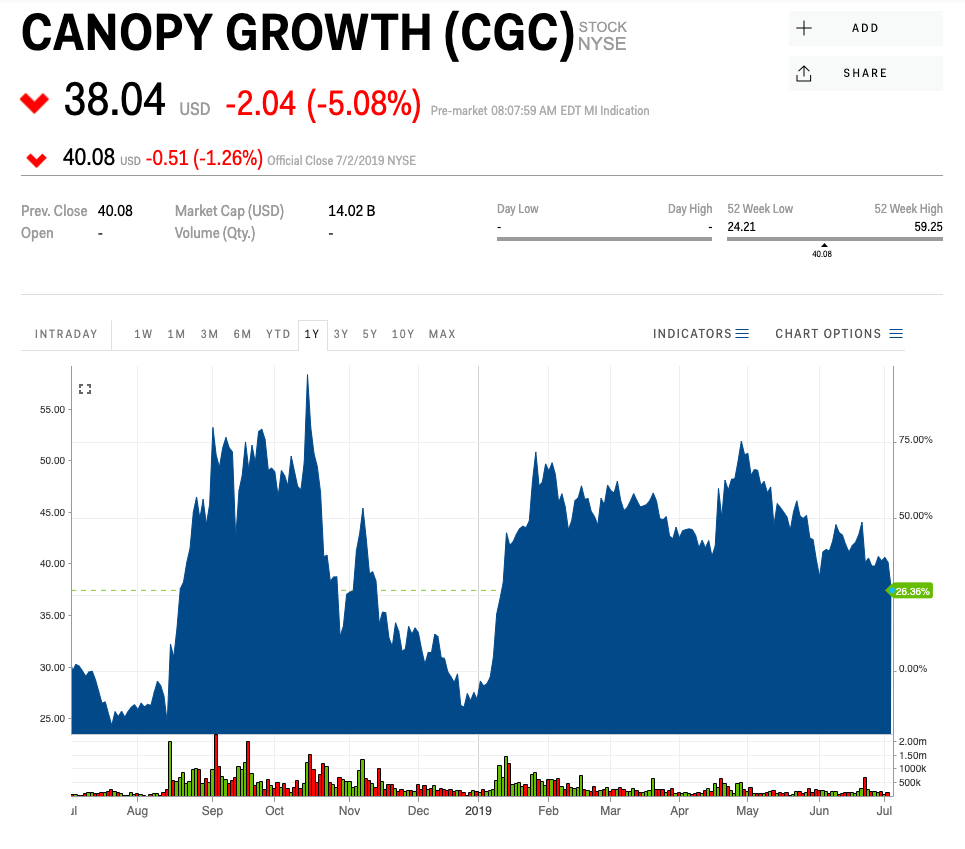 ‘There are no obvious opportunities’: A Wall Street fixed income investment chief at a $23 billion firm says now is the time to protect returns rather than seek new ones

The RealReal could be valued at $1.6 billion when it starts trading on Friday. Here’s what you need to know about the used luxury goods startup’s IPO.